Last week, roughly 400 potted plant growers, 200 cut flower growers and 150 suppliers (breeders, packaging companies and a single trading company) brought together 'the world's largest selection of plants and flowers' in the halls of Royal FloraHolland Aalsmeer. A little further on, in Vijfhuizen, another 300 floricultural companies had landed for the IFTF and we were, of course, present for the report:

Our colleagues of BPnieuws were also present at the show to make a photo report. 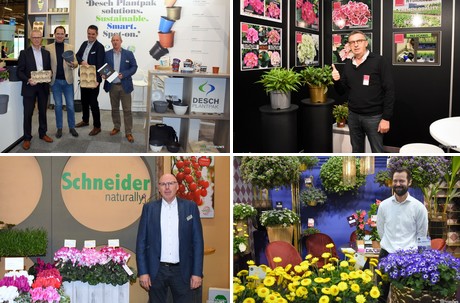 It was the 21st edition of the fair in Aalsmeer (at least in its current form), which now covers 25,000m2 of floor space and welcomes around 20,000 people. The show doesn't really grow in participants anymore, because practically the whole community is present. Smaller growers are often represented in joint promotion and/or sales organisations, the breeders are practically all there, and so are the biggest players in the field of pots and packaging materials.

As for the international suppliers who are not represented at the Trade Fair, there is, of course, the IFTF. There, much more than in Aalsmeer, one could get acquainted with the international offer, as well as with the world of technology and automation.