Finlays will shut down their farms, Chemirei and Tarakwet, in Kericho (Kenya) on 25th December. However, they will continue to expand their Lemotit farm in Londiani, and they will double the size of their packhouse. But what is the reason for the closedown of the Kericho Farm? What will happen with the employees and how will they continue? We had a chat with Piet Kelderman, Commercial Manager of Finlay Flowers who explained it all. 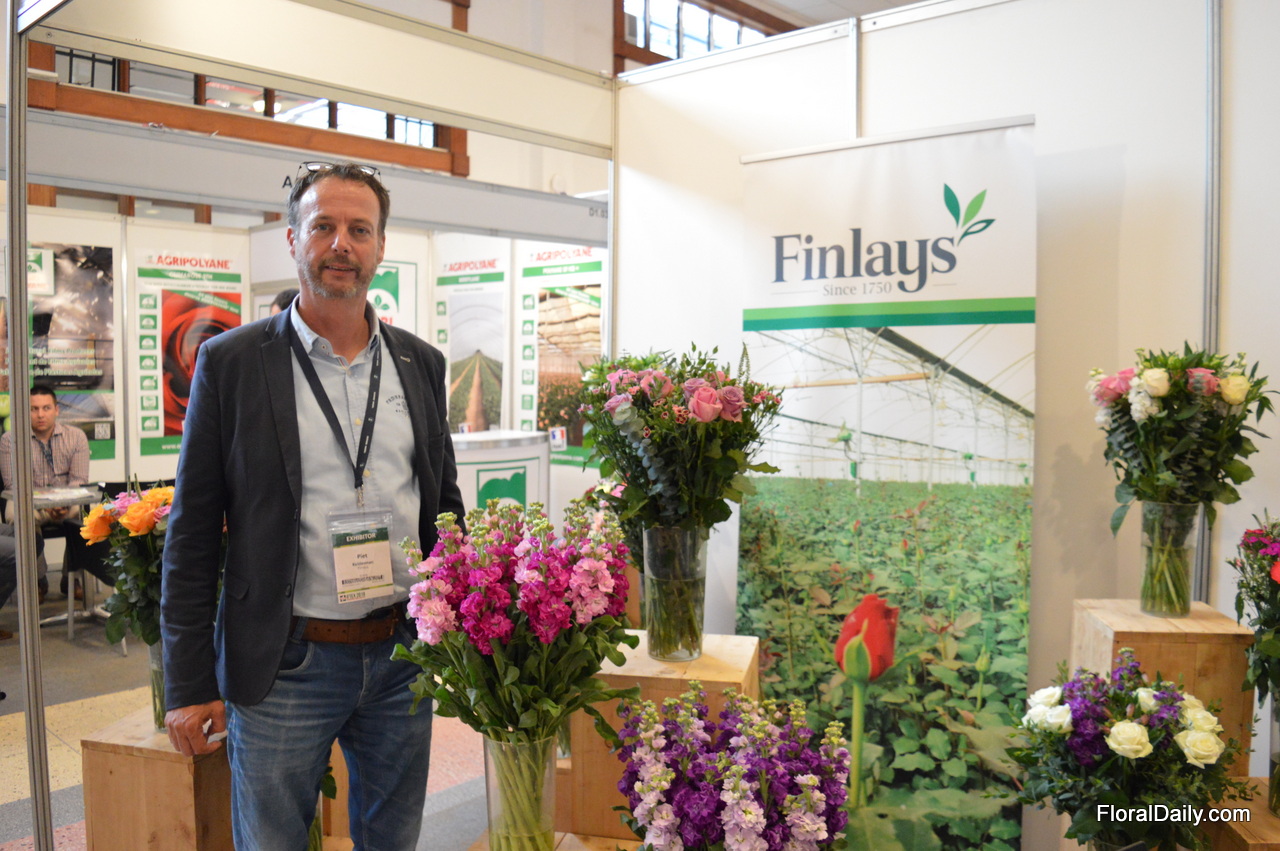 Piet Kelderman at the IFTEX 2019 in Nairobi, Kenya

The shutdown - costs too high
In April 2018 Finlay Flowers announced that it would be closing its operations in Kericho over a three year phased program. Recently, the company decided to accelerate the closure and brought the date forward by twelve months. But what was the reason for this decision? "The costs", says Kelderman, “Specifically around labour. When Finlay Flowers started in Kericho in 1989, its labour costs were aligned with the tea industry and it remains like this to this day. The salaries are higher – approximately twice as high as the rest of the flower industry in Kenya and this has made the farms in Kericho uncompetitive."

What about the workers?
But what will happen with the workers who worked at the farm? Kelderman: "All our workers will be paid their terminal dues in accordance with the laws of Kenya. After that, they will be able to look for opportunities in the other divisions of Finlays such as Tea Estates, Tea Extracts and we hope some will also join us in Londiani."

Expansion Londiani Farm
As the Kericho farm will be closed down, the demand for their flowers needs to be met. Therefore, Finlay Flowers have decided to expand their farm in Londiani, which currently is 50 ha. They will use some of the infrastructure from Kericho to expand the number of greenhouses up to 60 hectares. In addition, they will double the size of their packhouse, build eight manager’s houses, build a workshop for their sizeable fleet and a canteen for their employees.

Investment in workers
At Lemotit Farm in Londiani, investments are made to improve the life of their workers. They have, for example, invested in a dispensary and this year added a laboratory to be able to take blood tests and provide employees with quick results. "Usually, workers could pick up their medicines at the farm, but they had to go to the village for blood tests. Now, they can do it here as well." On top of that, they are also building a canteen which will be operated in partnership with Fairtrade. "The workers have a 1.5 hour break. Most workers find it too short to go to the village so they often stay at the farm, but often do not bring lunch. When the canteen is finished the workers can easily stay at the farm and buy lunch for a reasonable price."

Bouquets
Finlays is known for their bouquet production, and 70 percent of what is being packed in Londiani is packed at source. This will soon be 100 percent. "In the Netherlands, UK and Norway the bouquet makers are having difficulties with getting people to make bouquets. On top of that, it is becoming a more expensive task and is, therefore, more and more outsourced." An additional advantage for the consumer is the quality of the bunch. "The quality will be higher, as it is only being handled once, and will, therefore, have a longer vase life."

All kinds of Fairtrade flowers
In the bouquets of Finlays, one can find all kinds of Fairtrade flowers. "Besides the fact that we are Fairtrade certified, we also have products that are not available as Fairtrade anywhere else." Kelderman is pleased with the decision to expand Lemotit Farm. "Due to the low rose prices, a lot of Kenyan rose farms are now deciding to do something different. I am glad that we took this decision early, as it is already bearing fruit." Finlays' assortment has increased significantly over the years and their portfolio of bouquets is about to grow even further as they are going to produce mini-gerberas, eryngium and limoniums.