From 26-28 February 2020, the 3rd edition of HortEx Vietnam is being held in the Saigon Exhibition & Convention Center (SECC), Ho Chi Minh City.

HortEx Vietnam is a unique B2B platform for the Horticulture and Floriculture sector.

HortEx Vietnam has seen a significant increase in the number of participants, as well as visitors, during the last edition, which was being held in March. The last edition hosted nearly 200 exhibitors from 28 countries worldwide and welcomed 6.495 trade visitors from Vietnam and 31 other countries.

For the next edition, a further growth is expected. 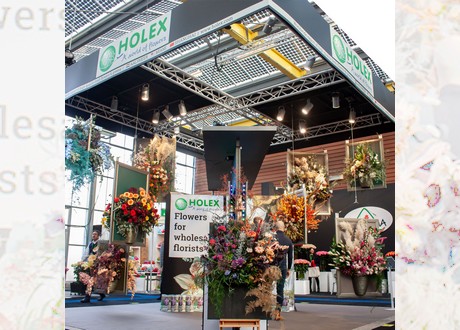 Growing market
Vietnam with a population of nearly 97 million people and an average GDP growth of 7.5% per year is the fastest growing economy in the ASEAN region (Association of Southeast Asian Nations).

The middle and affluent class (MAC) in Vietnam has more than doubled in size between 2014 and now; from 12 million to 33 million. MAC consumers, whose income is from VND15 million (US$714) or more a month, are also spreading out to other provinces and cities. By 2020, Vietnam’s average per capita income has risen from $1,400 to $3,400 a year.

Holex
One of the recent companies to sign up for the exhibition is Holex from The Netherlands.

From the purchasing department and their quality check to the packing stations and logistics department: all strengths and expertise are combined to ensure that they can offer impeccable quality.

The company exports flowers several days a week all year round to wholesale florists in the USA, Canada and the Far and the Middle East.

Their head office is located near the flower auction in Aalsmeer, the Netherlands. From here the team operates to source and export flowers worldwide.

Currently, Holex already has a number of clients in Vietnam, with their participation at HortEx Vietnam the company is looking to expands their client portfolio and keep in touch with their existing clients, not only from Vietnam but also other countries in the region.

More information about HortEx Vietnam can be found on www.hortex-vietnam.com