After a year and a half of drawing and designing, construction of the new greenhouse of Karma Plants finally started on October 30th. The company grows with this extra 28,000 square meters to approximately 8.6 hectares, and will produce more than 3 million plants per year. 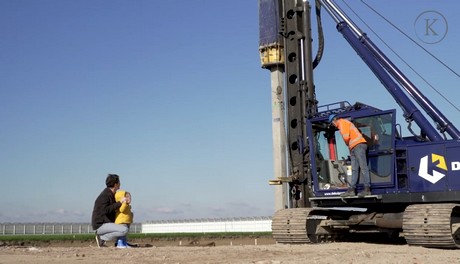 "Growing is not a goal in itself," says Glenn Langelaan, entrepreneur and second generation in the company, "but the passion for our product." Together with his brother Maurice and his parents, he makes up the four-person management team of the company. “We think it is really cool that our customers continue to buy our products every year and each year order more. For us, that is confirmation that we are on the right track and more square meters are desperately needed to continue to meet that demand."

The completion is planned for mid-2020, which will also be exactly 20 years after the company was founded. Substantial investments are being made in sustainability and innovation. By the end of 2021, the entire operation must be 95% climate neutral. There are more than 6,000 solar panels on a large water basin, which is currently ’Europe's largest floating solar panel park’. They work closely with initiator NEXTgarden, the large-scale area development project of the Lingewaard Municipality in which the horticultural cluster not only supplies energy, but also the irrigation, connection to the heat network and CO2 supply. 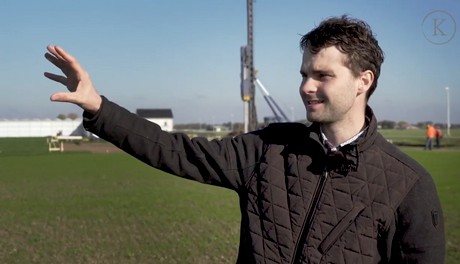 The expansion is, in fact, a third location and is realized right next to the existing location. Diagonally behind it is the other location, where the propagation takes place. The plants travel in 35 minutes from one greenhouse to the other through a transport tunnel, the new building as it were is becoming a new stop on that route.

With the expansion, Karma Plants demonstrates its confidence in the future of the Anthurium. “Anthurium is the longest-flowering air-purifying plant. We see that the plant is trendy and believe that this is a sustainable trend. In addition, we are known in the market for our exclusive varieties and we see that they are highly sought after,” concludes Lydia Langelaan, who is in charge of marketing and communication at the company. 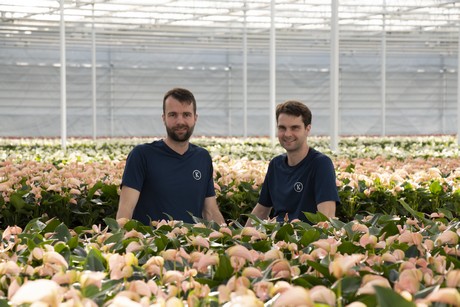 They promise to provide video updates regularly in which, in addition to the progress of the construction, it also must become clear how Karma Plants “goes a step further to extract perfection out of the plant and tell the story behind it,” according to Glenn.