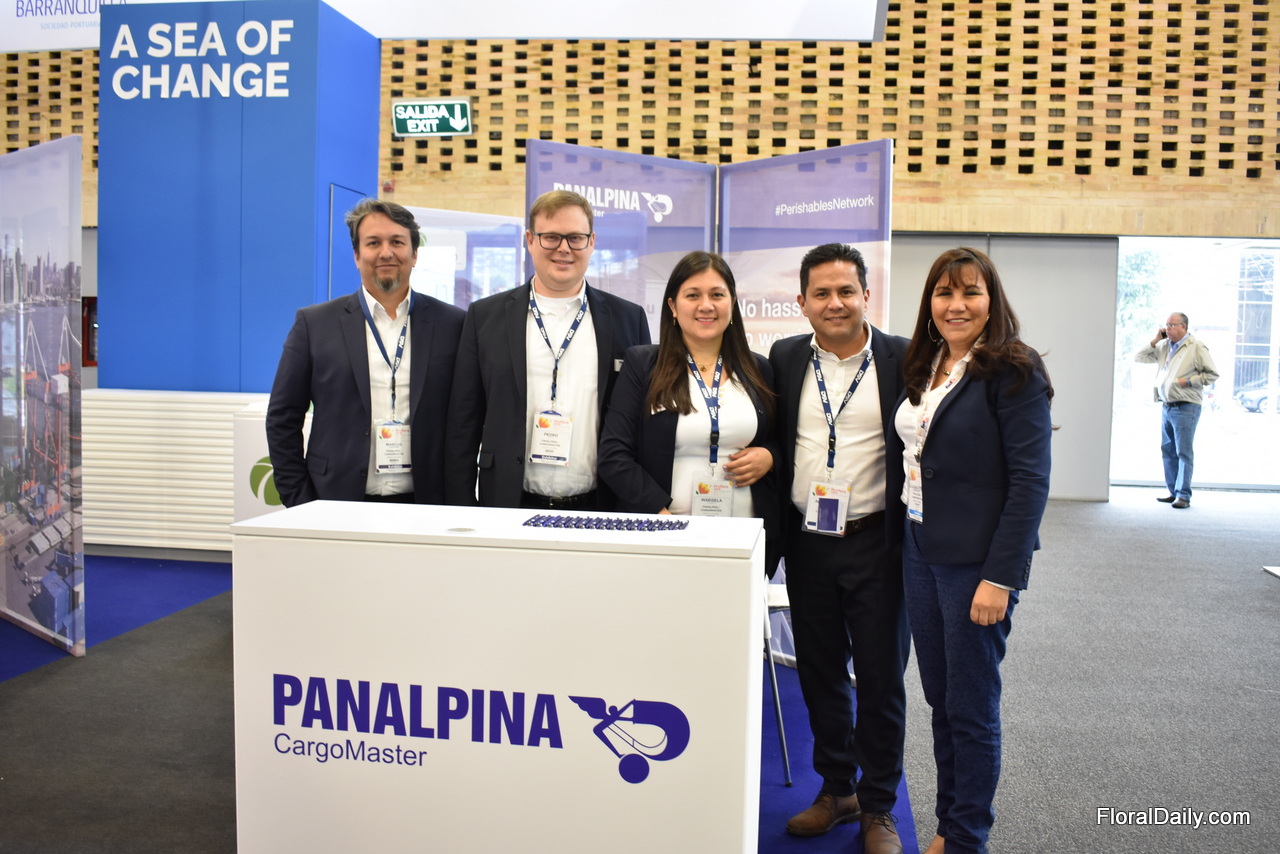 At the Proflora 2019, Panalpina had 2 booths, one large booth and one booth in the "A Sea of Change" pavilion.

“For Colombian growers the biggest export market is the United States. That is why we started a route to the US”, says Alexander Machado, who used to be Ocean Perishables Product Manager at Cargo Master and now has the same function but at Panalpina. “From zero containers in 2017 we went to 400 containers between Valentine’s and Mother's Day 2019 (so 200 containers per holiday).” And this number is expected to increase for next year. “For 2020, we expect to increase to 250 containers per holiday, so a total of 500.”

Started from scratch
Cargo Master is 32 years in business, and is specialized in flowers. They have seen the market change over the years. “When we first started there was no logistics to the ports. No cooling stations, no nothing. We started shipping chrysanthemums of Flores El Capiro to the UK and Japan. We developed a protocol from scratch to ship flowers by sea.” Developing the process from shipping flowers by sea has been Cargo Master’s biggest game changer. The biggest part of their volumes, about 70 percent, still leave Colombia by air, the other 30 percent is being shipped by sea.

Roses to Europe by sea freight
The total chain from door to door to the US is maximum 11 days. Transport to Europe takes 20 days and to Japan 40 days. To the US all kinds of flowers are shipped via sea transport. To Japan carnations and spray carnations and to the UK and Europe carnations and chrysanthemums. No roses are shipped by sea transport due to the long transit time. However Machado does see possibilities for roses to Europe. “We also transport roses to Chile, where port to port takes 12 days and door to door 20 days. It works very well and it is the same transit time to Europe.”