This strategy outlines the importance of plant health biosecurity for Ireland, as well as ensuring that all relevant stakeholders are aware of the risks to plant health in Ireland, and their role and responsibilities to reduce that risk. 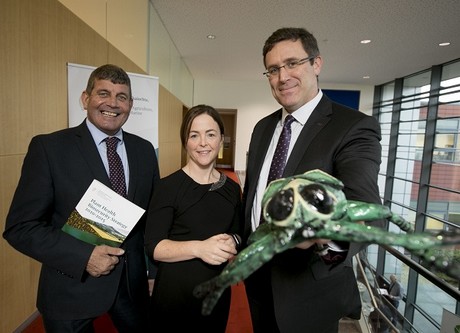 The Minister pointed out that “This Plant Health Biosecurity Strategy is Ireland’s response to a number of critical factors including the increasing emerging threats that we face from growing global trade in plants and plant products with the associated movement of new and emerging plant pests and diseases.”

Ireland is recognised as having a favourable plant health status which means that many of the pests and diseases of plants which are present elsewhere are still absent from Ireland. A fully functional and efficient biosecurity system helps to protect our forestry, horticulture and wider agriculture sectors, including tillage and grassland. The strategy will also play an important role in protecting the wider environment.

The Minister added that “Following a consultative process earlier this year, I am pleased to launch this Plant Health and Biosecurity Strategy. This strategy demonstrates my Department’s commitment to strengthening our scientific capability and expertise across plant health.”

The Strategy is underpinned by key strategic principles around anticipating Risk, implementing Surveillance and Management as well as building Awareness and Communication, from which a number of recommendations are made. These will form the basis of the detailed action and implementation plan in development and to be rolled out over the next five years.

A key recommendation is to devise public awareness campaigns and build on plant health awareness campaigns at national events including Bloom, GLAS trade show, the National Ploughing Championships and airport campaigns. The Minister signalled that “This will be complemented and enhanced by national, EU and international events and promotions of plant health through the UN International Year of Plant Health 2020 in particular.”

The Minister concluded by thanking all of the stakeholders who participated in and contributed to the stakeholder consultation on the Plant Health Biosecurity Strategy, saying, “The development of this strategy was possible due to the overwhelming support from all interested stakeholders.”

Source: Department of Agriculture Food and the Marine