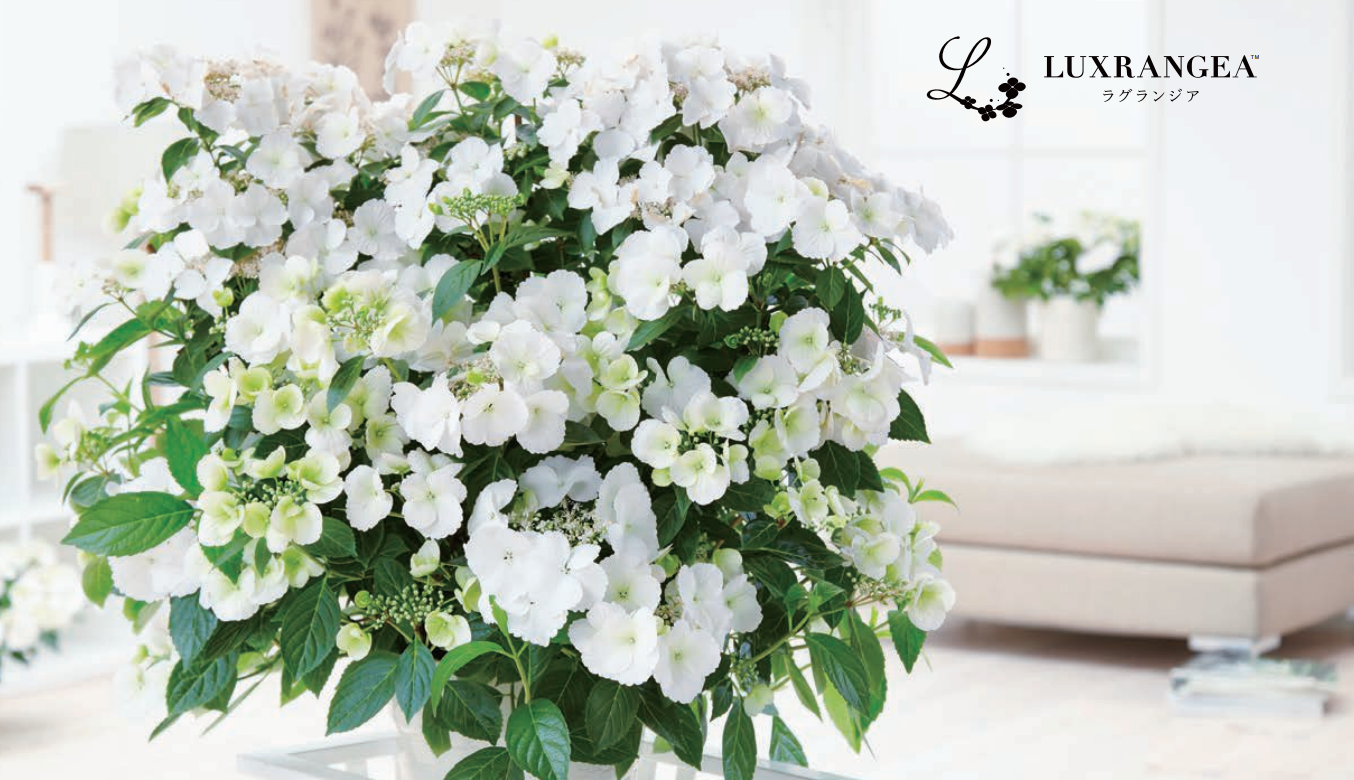 Japan Flower Selection Judges’ Comments
Luxrangea ‘Bridal Shower’ is a groundbreaking hydrangea that produces blooms from every lateral bud. Its uniqueness compared to other hydrangeas is appealing, and it is recognized as a variety that has an unprecedented new form that will have an impact on the flower industry. Because it can be pinched wherever you want, the plant is also suitable for hanging or training, making it possible to enjoy hydrangea like never before.

With smaller leaves that have lower transpiration rates than other hydrangeas, it requires less water. Luxrangea ‘Bridal Shower’ is a new variety that has many attractive features for consumers. 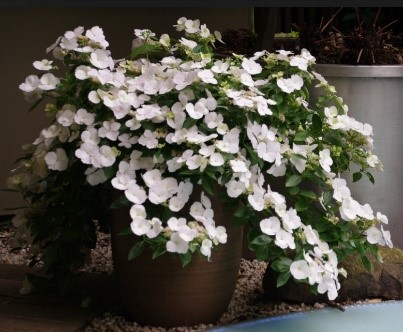 Refreshing lime green hermaphrodite flower buds reminiscent of a gypsophila bridal bouquet appear at the beginning of blooming. As decorative flowers bloom, the color changes from white to pale pink.

About Sales
Starting March 2020, Luxrangea ‘Bridal Shower’ will be available in 15cm containers at garden centers, home centers, flower shops, and mail order stores throughout Japan. Production and sales will be done by Proven Winners Japan. Bridal Shower is planned to introduce in South Korea in near future.

Other Awards
Thought to have “created an entirely new category of hydrangea,” the Chelsea Flower Show 2018 hosted by RHS crowned this Hydrangea the Plant of the Year Award. *EU sales name Runaway Bride ‘Snow White.’ 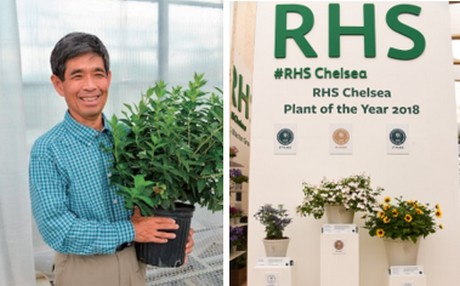 Achievement by Japanese Breeder
Hydrangeas are native to Japan. Since they were introduced to the West in the 1800s, the plants have been improved a lot over time. By cross-breeding Hydrangea macrophylla which has been improved in the West with wild Japanese species, Luxrangea ‘Bridal Shower’ has succeeded to develop a distinctive ability to produce blooms from all lateral buds, which is unusual for hydrangea. The variety was created by the Japanese breeder Mr. Ushio Sakazaki, who developed Safinia and Calibrachoa that revolutionized the horticultural species.

Comments from Mr. Sakazaki “It was truly serendipitous; a hybrid of H. macrophylla and Japanese wild species that flowers from new stems as well as all side buds. As a breeder, you rarely get to create such an extraordinary variety. I am proud to have received not only international awards but also this prestigious award in Japan. I am convinced that from now on, Luxrangea’s traits will be passed on to other hydrangeas. So as they say, watch this space!”