Millions of red worms crawl through the long sterile trays in the compost factory of Vermis Organik in Izmir. These remarkable worms compost vegetal waste. 'Mini-factories' is what Benelux sales manager Saban Bozalie call the red Californian worms, names Eisenia Fetidaze. "The life on the surface of the soil and are capable to feed quickly and with their excrement, growers can fertilize their crops."

Complex process
The compost factory has an area of 4,000m2 and is now, after many years of preparation, in commission for five years. Here, worm fertilizer is produced under the name Vermicompost. This is not new, Saban knows. In the past, there were some tests with worm fertilizer, but the focus was not yet on organic production. Moreover, making worm fertilizer is a very complex process which can take 130 to 150 days. "You cannot speed up a natural process like this, so the switch to alternatives was quickly made." 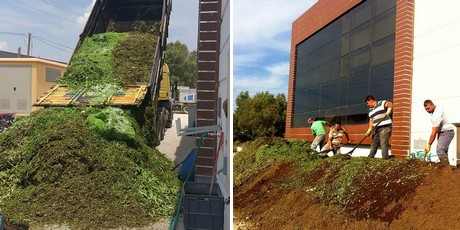 The raw material, organic waste from organic growers near Izmir, arrives at the factory. 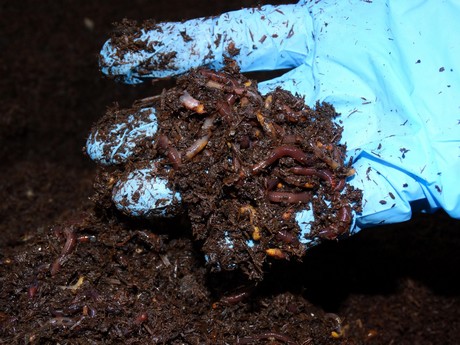 Then, this fermented biological food is fed to the worms. They come to the surface to be fed and leave pure fertilizer behind. It is a continuous process. The worms are put in a new tray, one after the other. 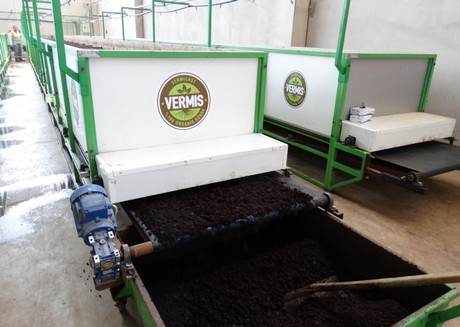 After a while, the fertilizer is removed from the bottom of the trays. 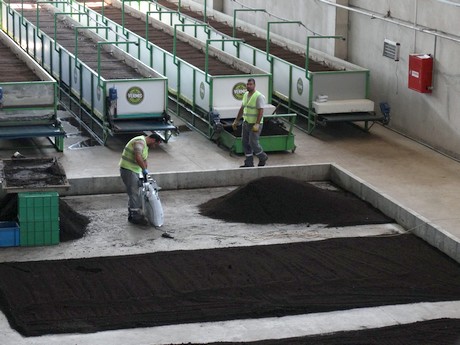 The fertilizer is packed and stored after drying. The quality is continuously checked in the lab.

Bio-stimulant
Vermis has a product certificate for organic agriculture, issued by Italy. The Vermicompost is exported to more than 12 countries such as Israel, Canada, Japan, Gambia and Ivory Coast. There, the product is used in fruit, flower and vegetable cultivation. The product is produced in solid and liquid form and can be used both in the open field and in greenhouses and in nursery systems such as NFT.

Saban, sales manager Benelux: "Vermicompost can be used by properly mixing it with conventional fertilizers. It is a bio-stimulant which increases the intake of nutrients by the plant. It does not damage the crop, not even if it is used in high dosages. This make it also suitable for short cultivation crops." 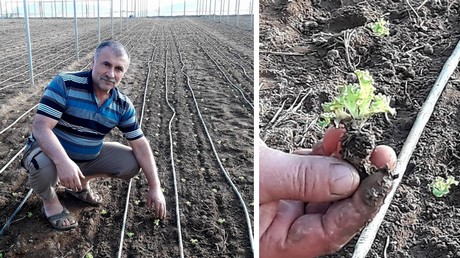 This grower uses Vermicompost in his greenhouse.