At the last IPM Essen, there were still 18 nations which presented themselves with country pavilions. 20 nations will be represented at the next edition of the fair:

Belgium
Last year, Belgium was the official partner country of IPM Essen and convinced the visitors with its strong presence. In 2020, too, the country will be well-positioned again and will be represented at the fair with a total of 40 exhibitors on three joint booths. In Hall 2, 21 Belgian ornamental plant exhibitors will primarily show young plants, including garden and house plants (e.g. chrysanthemums). The Belgian nurseries will present their available ranges with 13 exhibitors in Hall 6. Six companies will settle in Hall 8. Amongst other items, it will be possible to see laurels, trees, forest and hedge plants, roses, ornamental shrubs and young rhododendrons. These will include not only robust container plants but also plants which are supplied with bare roots or root balls. (Hall 2, Booth 2D26, Hall 6, Booth 6C26, and Hall 8, Booth 8C42)

Costa Rica
Seven companies, all of them members of the Green Plants Consortium, will present their available ranges on the joint booth of Costa Rica. For example, a laboratory simulating in-vitro procedures will be created on an exhibition area covering 50 square meters. Various plants cultivated in this way will be exhibited in display cases. In addition to the technological possibilities in the production process, the country will also show what the domestic plant market has to offer. It will be possible to see various ficus species, yuccas, dragon trees, bromeliad growths and much more. (Hall 1, Booth 1B17)

Denmark
A total of 45 exhibitors will show their ranges under the flag of the Danish joint booth, including both garden and house plants. Some breeders will present their new developments targeted at the start of IPM Essen. Denmark's green sector is increasingly placing its faith in sustainability. Attention will focus on house plants which ensure a good indoor climate. (Hall 6, Booth 6H28)

France
France will be the official partner country of next year's IPM Essen and will present itself on two joint booths. The French plant and flower breeders will show young plants, bulbs and seeds in Hall 6. On the booth, 15 exhibitors will present, for example, clematises, chrysanthemums, cyclamens, dahlias and hydrangeas. In Hall 7, seven nurseries will receive the visitors with an available range of azaleas, camellias, fruit trees, mimosas, roses and rhododendrons. Under the motto "Quality & Innovation. The French Touch!", the trade visitors will be given the opportunity to discover innovations from top-class breeders and producers from all over France. Furthermore, France will be the partner of the International Horticulture Forum. On Thursday, January 30, 2020, experts will examine how research, cooperation and public green spaces can advance innovation and quality in the horticultural sector and strengthen the significance of plants for more health and quality of life. (Hall 6, Booth 6G14, and Hall 7, Booth 7B16) 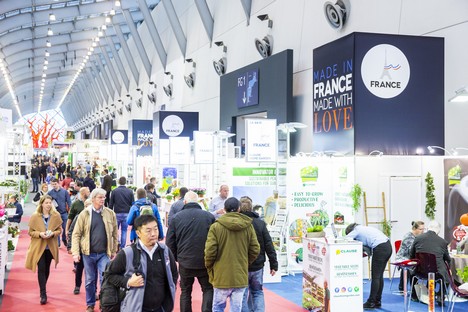 Great Britain
Under the auspices of the Commercial Horticultural Association (CHA), Great Britain will present, amongst other items, new plants as well as innovative technologies on three joint booths. On the booth in Hall 3, British exhibitors will provide information about LED lighting systems for commercial users. In Hall 7, prize-winning breeders will make the English rose grow to new splendor: Every variety shown for the first time at IPM Essen will enrich the collection in a particular way, e.g. due to its shape, fragrance or color. In addition, there will be a strong-blossoming new breed of the agapanthus in bordeaux-violet. Entrepreneurs from Guernsey in the Channel Islands will present special clematises. Moreover, PR professionals will give tips about the successful marketing of plants of all kinds. It will also be possible to see paraphenalia and accessories for horticulture. (Hall 3, Booth 3B27, Hall 7, Booth 7A24, and Hall 7, Booth 7B24)

Guatemala
Ten companies will participate in the Guatemalan joint booth. The Central American country has an abundant available range of ornamental plants, green plants and flowers. Amongst others, these include succulents, cacti, aloe veras, dracaenas, scheffleras or also sansevierias. Moreover, producers will show a wide range of roses and other cut flowers. Perennial plants, annual plants and cuttings will also be exported from Guatemala and put on display at IPM Essen. The booth covering around 25 square meters will be looked after by Agexport Guatemala. (Hall 2, Booth 2A13)

Netherlands
From the Netherlands, no fewer than two umbrella associations will each organize a joint booth of their own.

On its joint booth, BIZZ Holland will provide information about the latest developments of the Dutch nurseries. A total of 55 exhibitors (amongst other areas, from the four regions Boskoop, Opheusden, Venlo and Zundert) will show a comprehensive range. No matter whether trees which subsequently form an avenue or conifers with evergreen growth as a hedge plant - the companies will present numerous products and fair innovations. The nominations for the Show Your Colors Award will be exhibited, too. The mark of distinction honors a plant's value added generated by successful storytelling - i.e. due to a background story tailored to the product. Visitors will be able to vote for their favorites on the booth. (Hall 8, Booth 8B29) 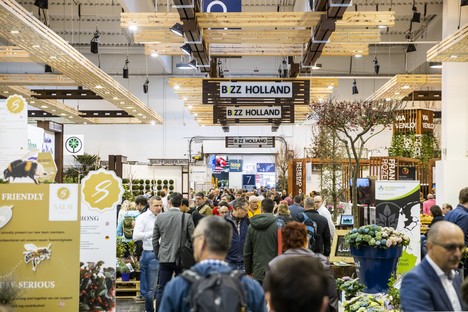 Sustainability and digitalization - those will be just two of the many trends which will be put in the limelight on the joint booth of Royal Flora Holland. 33 exhibitors have announced their participation next year and will show not only classics but also, as is tradition, lots of innovations. These will be accompanied by a wide range of greenhouse plants, cacti and succulents. Special flowers such as pot roses or mini gerberas will be introduced, too. On the booth, it will also be possible to see: a colorful arrangement of flower and plant packaging. (Hall 1, Booth 1AB11)

Japan
Next year, Japan will present itself on a joint booth under the auspices of the Japan Flowers and Plants Export Association whose members and additional companies will, for the first time, bring a colorful bouquet of cut flowers with them to Essen. The country's own production in this field flourishes precisely in January: Cut flowers have their high season then. Moreover, attention will focus on the marketing of garden trees. With regard to pot cultivation, Japan will show different species of bonsais. The traditional garden art has its origin in the Far East. Appropriate care tips and products will be available on the joint booth at IPM Essen. (Hall 7, Booth 7B32)

Mexico
Mexico's green sector has great export power: In the field of the plant market, the Latin American country can count more than 25,000 producers who cultivate an area of several thousand hectares every day. On the joint booth at IPM Essen, Mexico will give an insight into its distribution possibilities with the objective of intensifying economic relations across the continent. (Hall 5, Booth 5F32)

Poland
The Polish Nurserymen Association and Agencja Promocji Zieleni are organizing the Polish joint booth on which everything will revolve around the work of nurseries. The portfolio will include a wide range - from trees via ornamental shrubs and conifers right up to climbing and fruit plants. The exhibitors will offer not only young plants propagated in vitro but also larger growths. Poland's climate is ideal for robust nursery goods. The plants are characterized by high hardiness and frost resistance. (Hall 6, Booth 6E33)

Portugal
Faithful to the motto "Portugal Fresh", Mediterranean flair will waft over the Portuguese joint booth. The exhibitors will bring high-value products from the region with them - including climbing plants, shrubs, herbs, grasses and succulents. At present, the green sector in Portugal is registering a strong updraft for plants such as dipladenias, bougainvilleas, oleanders, hibiscuses, eucalyptuses and lavenders. (Hall 6, Booth 6C25)

Spain
No fewer than 34 companies will form the Spanish joint booth under the auspices of the Fepex organization. In this respect, the appearance at the fair will reflect the diversity of the country. On a booth covering more than 1,000 square meters in Hall 9, the individual regions will present themselves together, including Valencia, Catalonia, Andalusia, Galicia and the Canary Islands. The exhibitors will show not only an available range of Mediterranean plants such as palms, oleanders, dipladenias and olives but also typical specimens from the Atlantic coast such as camellias, magnolias, hydrangeas and azaleas. As an innovation, one company will present a collection of 300 conifer varieties, including spruces, Swiss stone pines and pines. (Hall 6, Booth 6A10) 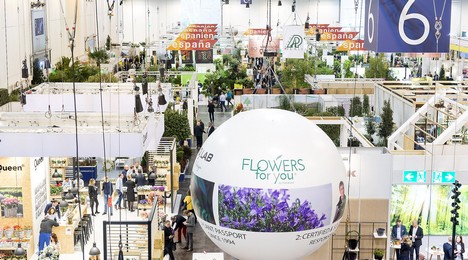 Sri Lanka
Sri Lanka is well-known as a center of the coconut fiber industry. For this reason, the joint booth with the participation not only of the umbrella organization called the Coconut Development Authority but also of seven other companies will focus on products made of this material next year, too. Since the natural fibers of the coconut have already become established as a popular product in the green sector, Sri Lanka's companies at IPM Essen 2020 will once more show where the trend is heading in the future. (Hall 4, Booth 4D23)

Taiwan
Orchids in their whole diversity will be the main focal point on the joint booth of Taiwan. With its high humidity, warm temperatures and short winters, the climate of the East Asian island state is particularly well-suited to orchids. The companies will show, for example, special specimens of the well-known Phalaenopsis genus which is commonly called a moth orchid. The name originates from the floating blossoms which dance over the leaf base like moths. Since Taiwan is internationally well-known for the production and marketing of orchids, the exhibitors will show the latest breeder trends: After all, the small seeds only prosper if quite particular prerequisites are satisfied. (Hall 1, Booth 1B36)

Turkey
The Turkish joint booth at next year's IPM Essen will register 13 participants in total. On nearly 200 square meters, the exhibitors will present plants for outdoor areas as well as pot plants. Two associations, i.e. the Turkish Ornamental Plants Exporters Association and the Turkish Ornamental Plant Growers Union, will also be represented on the booth and will provide information about developments in horticulture. (Hall 5, Booth 5F36)

USA
Four companies will bundle their appearances at the fair on the joint booth under the auspices of the Southern United States Trade Association (SUSTA), an agricultural export association. For the US exhibitors, Europe is an important export market. At IPM Essen, they will show, amongst other items, hibiscuses, liriopes, tropical plants, bougainvilleas and much more. (Hall 2, Booth 2A31)