Winter-hardy hibiscus cultivars are what initially attracted Dariusz Malinowski, Ph.D., Texas A&M AgriLife Research plant physiologist and breeder, to the world of flowers, but now he’s ready to splash a little tropical color into the market. 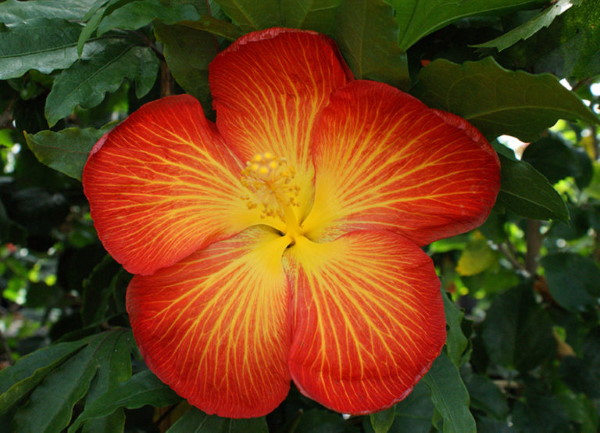 This hybrid has a novel combination of orange-reddish background and bright yellow eye and veins. (Texas A&M AgriLife photo by Dariusz Malinowski)

But Malinowski has something else in the pipeline now – new, unusual tropical hibiscuses. 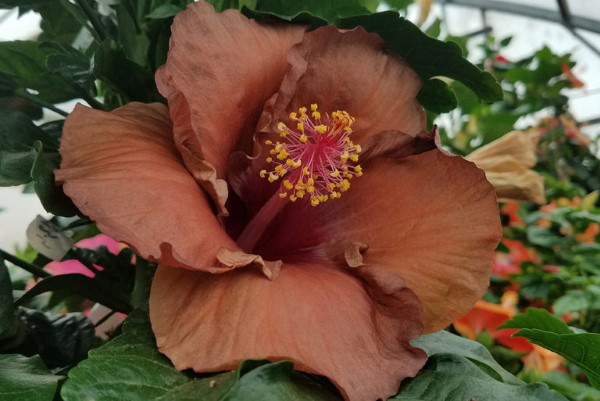 Unlike winter-hardy hibiscus, Malinowski said tropical hibiscuses have been bred for almost 400 years and today come in a wide variety of colors and color combinations. He did not believe he could develop cultivars that would stand out among the thousands of existing ones.

But he changed his mind in 2015. Now, after four years of the project, Malinowski has disclosed to Texas A&M AgriLife Research Intellectual Property and Commercialization office about 100 unique tropical hibiscus hybrid lines.

Tropical hibiscus market
The first tropical hybrids from his breeding program have just been presented to commercial partners for potential evaluation and commercialization. Companies usually require two to three years for evaluation before they select cultivars for commercialization, thus the first AgriLife Research tropical hibiscus cultivars may be expected on the market in 2023, he said. 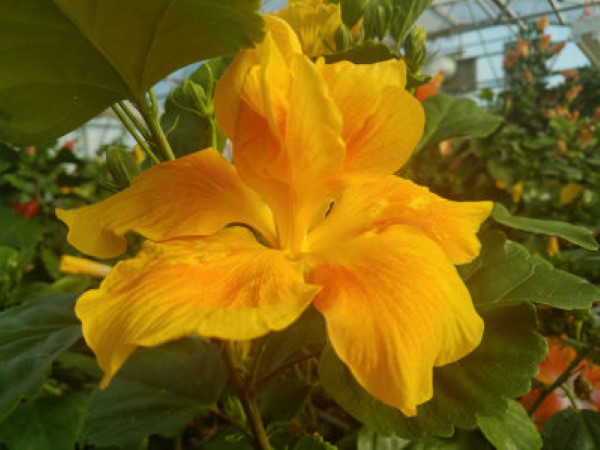 “I decided to use the same breeding strategy that I previously applied in the winter-hardy hibiscus breeding, i.e., create as much genetic variation as possible,” Malinowski said.

Multiple tropical traits, selections
“Right from the beginning, I cooperated with one of our commercial partners to breed not only for novel flower colors and shapes, but also for other traits that are important for plant growers, such as dwarf plant growth habit, colorful foliage and extended blooming time,” he said.

As a result, Malinowski said he has been able to generate the first hybrids with purple foliage where the dark pigment is expressed independently from UV radiation.

Malinowski said he also took on another challenge to improve the tropical flowers.

“Typically, flowers of tropical hibiscuses last for only one day, and the biggest challenge for us has been development of hybrids with flowers lasting for two days or even longer,” he said. 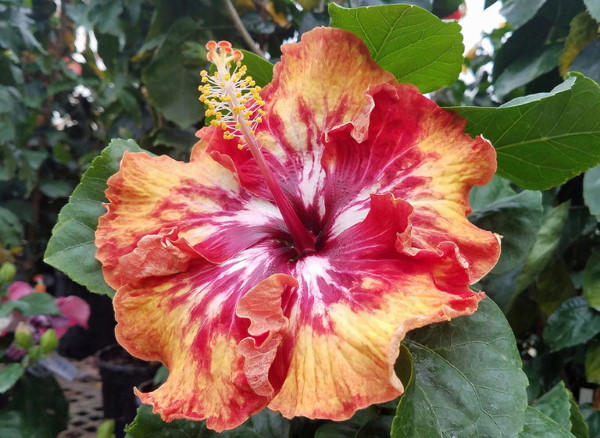 In 2019, he was able to grow and select several hybrids blooming two or three days, even at temperatures in the mid-90’s.

Another trait that puts Malinowski’s program ahead of the competition are flowers that change color from one day to another. Among the hybrids with flowers lasting a couple of days, he has selected a few lines with flowers that have completely different colors on each day of blooming.

“Some tropical cultivars have flowers with colors highly dependent on temperature and intensity of solar radiation,” he said. “However, our hybrids change flower colors in response to an indigenous mechanism and not in response to varying temperature or growing seasons.”

Breeding for hibiscus uniqueness
Malinowski said another novel aspect of tropical hibiscus breeding he is working on is developing plants with a weeping or prostrate growth habit.

“Such cultivars are not commercially available yet, but our hybrids look very interesting when grown in hanging baskets on a porch, just like ferns but with colorful flowers,” he said. 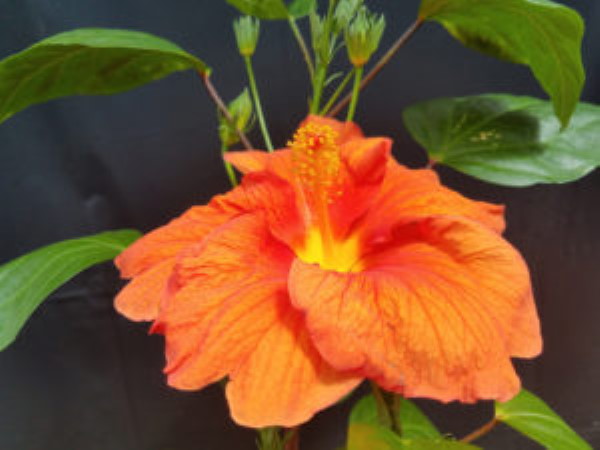 A totally new goal of Malinowski’s breeding program is to develop tropical hibiscuses with increased tolerance to cold. Typically, tropical cultivars will cease growth at temperatures below 50 degrees and die if such temperatures last for an extended period. And, he said, freezing temperatures will kill the plants immediately.

For the past year, Malinowski has been interacting with Jose Matus and Jose Carlos Gomez-Pascual, amateur tropical hibiscus breeders from the Canary Islands, Spain. Matus and Gomez-Pascual developed a number of hybrids based on old, naturalized tropical hibiscus plants collected across Spain, including plants grown in areas that typically experience frost in winter.

“I am very excited about these unique hybrids because they are so different from common tropical hibiscus cultivars, both in flower and foliage shape,” Malinowski said.