More than 210 LATAM Cargo Boeing 767-300 freighters took off from Colombia and Ecuador, carrying 12,600 tons of flowers for the 2020 Valentine’s Day season. Together with Mother’s Day, this represents the peak of the fresh flower export activity. This year’s figure represents a growth of 45% compared to last year.

The increase is the result of the company's strategy implemented in 2019, which created a permanent and stable increase of operations in Colombia and Ecuador. This year, roses, mixed bouquets and carnations were the stars of the flower season which started the week of January 14 and ended on February 10. Colombia and Ecuador were the main producers, and their flowers were shipped to the United States, the Netherlands and China, among other destinations. 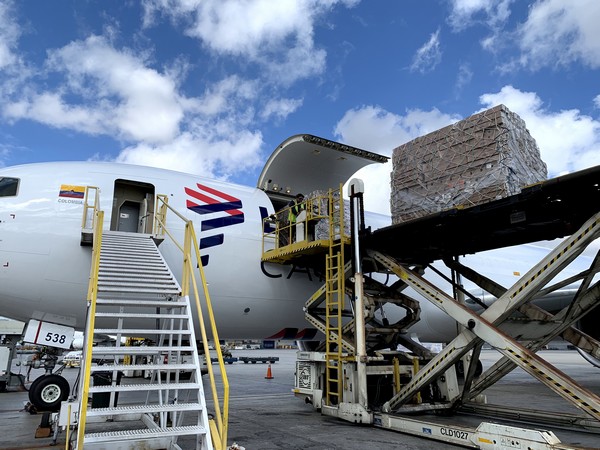 “In 2019 we decided to expand our cargo operations in Colombia and Ecuador to offer our customers enhanced frequency and capacity options,” said Felipe Caballero, LATAM Cargo Senior Revenue Manager for South America. “For the company, these Valentine's Day figures are proof that our customers understand and value our commitment and effort to provide permanent and stable solutions for their shipments."

Chrysanthemums, iris, gypsophila and greenery were also big hits this season, mostly coming from Bogota and Medellin in Colombia and from Quito in Ecuador, and heading to markets in North America, Europe, Oceania, South America and Asia. This connectivity was made possible thanks to the more than 145 destinations that make up LATAM Cargo’s network, linking Latin America to the rest of the world.

The main consumer of fresh flowers was the United States, with 90% of all flowers transported by the company (11,300 tons). Demand went up 65% compared to a regular period and 45% compared to Valentine’s Day 2019. 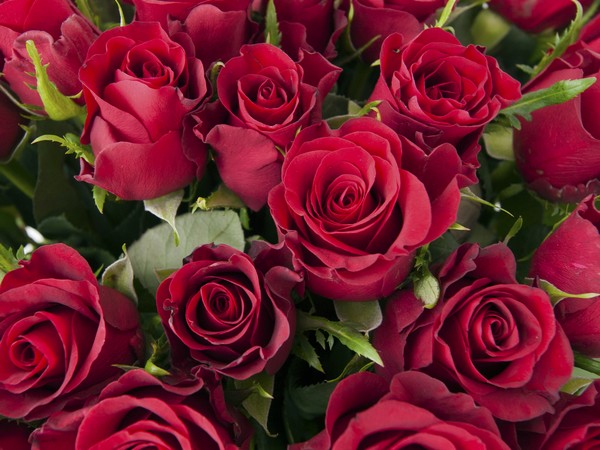 Miami played a major role as one of the world’s largest distribution hubs and home to LATAM Airlines Group cargo operations base.

Other importing markets include the Netherlands with 850 tons (7%), and to a lesser extent, Hong Kong, Shanghai, Beijing (China), Madrid (Spain) and Sydney (Australia). Flowers were also flown into New York (USA), Santiago (Chile), and New Zealand, among other destinations.

“LATAM Cargo successfully completed a highly complex operation to maintain the freshness and shelflife of our customers' flowers. This positive result comes at the same time as we introduce to the market our new perishable care, FRESH, which seeks to safeguard the freshness and shelflife of perishable products,” said Cristina Oñate, VP of Marketing and Product Development for LATAM Cargo. “FRESH is our stable and scalable approach to meeting this challenge, and offers a global standard of cold chain management for perishables across our LATAM network." 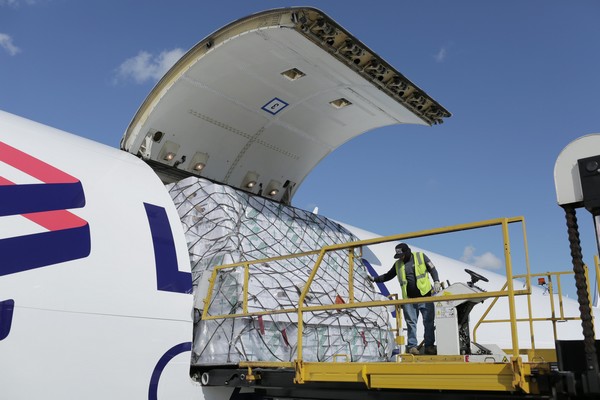 LATAM Cargo in Colombia
At the end of 2019, LATAM Cargo launched an expansion plan in Colombia that saw a gradual increase in frequencies to strengthen its presence in that market, and enhance the country's export and import role.

Currently LATAM Cargo has nearly tripled its export offerings between Bogota and Miami, going from 6 to 15 weekly flights. In Medellin, the company maintains its presence with six-per-week frequencies to Miami.

On the import side, LATAM Cargo opened the Miami–Cali route with two weekly frequencies, which will provide a greater flow of cargo from North America and offer a new gateway to Colombia. The company will also soon announce the start of operation of a new route from USA to Colombia, in addition to Bogotá and Cali, to continue exploring new destinations in the Latin American country. 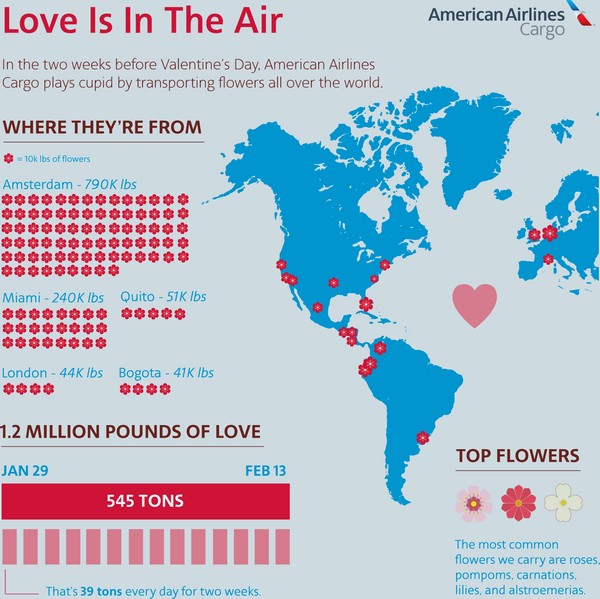 From the farm to the famous Aalsmeer flower auction, exporters buy the blooms to send off around the world. From there, American either flies them directly to Philadelphia International Airport (PHL) or trucks them to London Heathrow Airport (LHR) to be flown to destinations such as New York, Chicago, Philadelphia, Dallas/Fort Worth, New York, Los Angeles, and Miami.

While Amsterdam and London are both top exporters for the Valentine’s rush, Miami also plays a large role in flower traffic during this time of year.

In 2019, American shipped 235,000 lbs. pounds of flowers – notably roses and gypsophilia (baby's breath) from its Miami hub during the two weeks leading up to Valentine’s Day. Many of these shipments originated in South America – primarily Quito, Ecuador, and Bogota, Colombia – destined for the U.S. and other international locations.