Cigarette butts could be used to grow ornamental plants

Cigarette butts could soon be recycled and used as an inert substrate on which to grow ornamental plants by hydroponic cultivation. This is the aim of a research project coordinated by Lorenzo Guglielminetti, a researcher from the Centre of Agro-Environmental Research "Enrico Avanzi" at the University of Pisa, in collaboration with the town council of Capannori and funded by the Fondazione Cassa di Risparmio di Lucca. 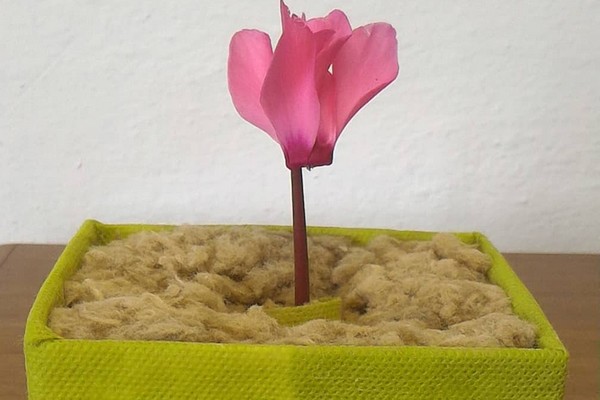 The project includes the initial selection of the best techniques to prepare the inert material. The cigarette remains must first be separated from the biodegradable components – paper and tobacco – and then correctly treated so that they are chemically and physically suitable for use. Once the most suitable inert substrate has been obtained, germination trials involving different plants will be carried out to identify those which best adapt to the system. The latter will then be tested throughout the entire product life and development cycle. The water and cleaning waste from the butts will be used at the same time in a closed system for the reproduction of unicellular algae in order to obtain decontaminated water and algae biomass fuel.

The expected outcomes could go in different directions. Encouraging the recycling of cigarette remains will result in a fundamental reduction of the amount of abandoned waste, while the treatment will produce plant material which can be used within the same community. Lastly, through the use of algae, it will be possible to decontaminate water used for filter washing with the concurrent production of fuel which can be used to produce energy.

During the experimental phase, the cigarette butts will be collected in the town council area of Capannori, which is installing specific transparent containers to allow the citizens to assess the speed of the refuse accumulation. In the first few months, the cigarette remains will be mainly used to carry out tests on the separation of the biodegradable parts (paper and tobacco) from the non-biodegradable parts (the filter itself). In addition, tests will be conducted to identify the most suitable method of washing and carding the used filters in order to obtain the best material for the subsequent non-soil cultivation of plants. This phase will be carried out by the Centro Avanzi in collaboration with the Department of Agricultural, Food and Agro-Environmental Sciences of the University of Pisa. On the one hand, the transformation of the butts into inert material suitable for the cultivation will be developed; on the other, at the same time, the quantity and quality of the solid and liquid waste produced during the cleaning process of the raw material will be analyzed. This waste will then be assessed in relation to its possible use as an algae bioreactor. 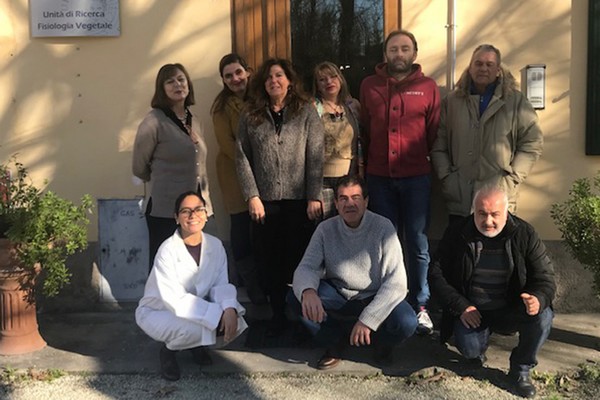 The research team from Pisa (in the photograph, from top left: Laura Pistelli, Carolina Chiellini, Adriana Ciurli, Maria Di Palma, Lorenzo Mariotti, Otello Malfatti; from bottom left: Thais Huarancca Reyes, Lorenzo Guglielminetti and Nunzio Laurito) have a collection of microalgae which have already been used to decontaminate different waste products and they have over ten years’ experience in the design and construction of bioreactors for this use. The different algae species will be tested on the solid and liquid waste produced by the process and, once the most suitable species has been identified, a system of bioreactors will be put into operation to destroy the waste and at the same time produce algae biomass. The algae biomass can then be used in the production of biofuels.

Trials will be conducted in collaboration with the Research Institute on Terrestrial Ecosystems – CNR, to assess the reaction of different shrub and tree species found in the Lucca area to non-soil propagation. At the Centro Avanzi, germination tests have already been carried out comparing some ornamental species on substrates obtained from carded cigarette filters and commercial inert substrates, and preliminary results indicate that some species actually perform better on the new substrate. Once the species most suitable to this type of cultivation have been identified, the project should conclude with the mass production of ornamental plants to be used as decoration in various parts of the council area in Capannori.

“Each year,” explains Guglielminetti, ”approximately a million tons of cigarette butts are produced (between 22% and 36% of all visible waste) which, being toxic non-biodegradable waste, has important negative effects on the environment and public health as well as the economy. The methods used so far to minimize the problem, with trial projects in some US and northern European cities, are linked to small monetary incentives with a separate collection of this type of waste and its use in the production of solid recycled materials useful to the community, for example benches in public parks. Our project instead, aims to transform the waste into inert material to be used in the field of plant nurseries and biomass algae, completing the cycle of cigarette butt decontamination in a virtuous way.”