You probably already know that Floriday regularly organises workshops in the Netherlands. They can be found every week in Aalsmeer, Naaldwijk and Rijnsburg, giving various Floriday workshops. But with Floriday, they’re also pushing boundaries and increasingly active in international markets, so they’re showing growers abroad around on the new platform, too. Belgium, Germany, Denmark and Israel - they’ve been to them all in recent months. Robbert, Floriday Implementation Consultant, has an update.

Off to Belgium!
I’ve recently given several workshops to our southern neighbours in Belgium to help plant growers, in particular, getting started with Floriday. Twice, I had the chance to help a group of 20 people get acquainted with the platform. One of the attendees described the workshop as follows:
“I did a workshop at PCS Destelbergen on how Floriday works. I think it’s absolutely fantastic!” Kris Vermeirsch, grower of Erica Gracilis and Calluna Vulgaris (common heather).

In general, the growers present find that the platform offers much ease and many benefits. Like with all things new, it is important to invest some time setting everything up so that you can get off to a good start. The group was especially enthusiastic about the week lists. The speed with which they can be filled in, the fast filtering and the ease with which offers can be generated appealed to the imagination. The group was also impressed by the apps in Floriday, HortiHeat and Insights.

Off to Germany!
In Germany, we brought growers up to speed w.r.t. the possibilities of Floriday, too. My colleagues Laura and Henk gave ten workshops at the Rhein-Maas Auction. Turnout was high and users were very happy to be able to discuss their questions, comments and experiences with an expert. And the growers were very pleased that Floriday is available in German, as this makes it a lot easier for them to use the platform. The growers were also enthusiastic about how EABs are created in Floriday. The fact that everything now comes together on one platform has been received as great progress, and being allowed to use Floriday for free as Royal FloraHolland members is much appreciated. When eventually the Rhein-Maas Auction services will connect as well, the circle will be complete. We’re going to work on that as a team! 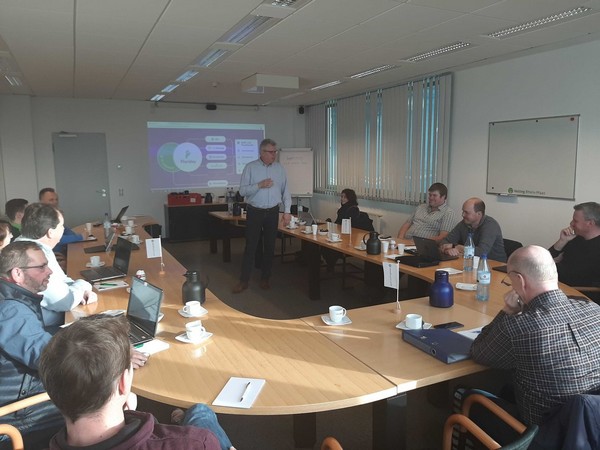 Off to Denmark!
Emily and I recently set off for Denmark (Odense). Danish growers discovered during the workshops that Floriday has lots to offer them in the way of opportunity. In all, we acquainted 40 people with the platform. Participants were pleased with its functionality and after seeing the platform and apps in action combined, a number of growers want to make a full switch to Floriday right away! 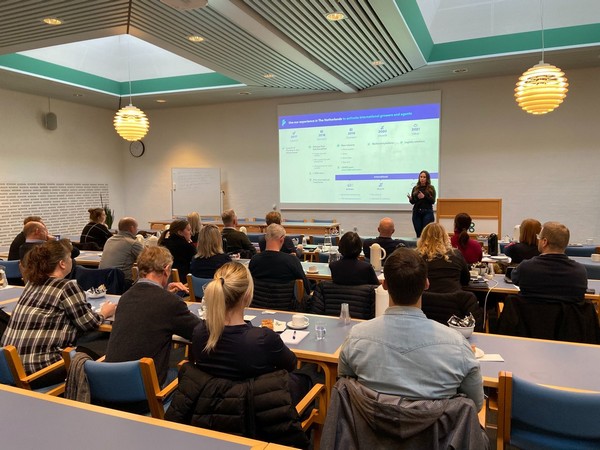 Off to Israel!
At the beginning of the year, my colleague Loraine flew out to Israel. She had a very interesting trip! Her diary that week was chock-full of appointments at Israeli nurseries. In all, Loraine visited 4 exporters and 20 growers. Many of them small family businesses; at some, a new generation was already at the helm. Sometimes Loraine marvelled at high-tech operations; sometimes things were run from a kitchen-table PC. She explained to them all how Floriday could be useful to their business. Israeli growers tend to work with import agents, which means that some functionalities require a slightly different set up. Floday is going to sort this out, too!