Fabelicious - 'With love from Africa to Amsterdam'

New brand of dried roses on the market

After being out of fashion for over 20 years, apparently they have made their comeback. We're talking about dried flowers. Rudi Tuinman and Pascal Koeleman with 2Dezign once started their careers in the dried flowers, and when they saw this trend rising again, they wanted to get in on it. With the idea of making the ornamental 'pie' bigger with dried roses, instead of stealing a piece, they sat around the table with growers from Africa and breeders Dümmen Orange and Interplant to work out the idea. Now, almost 12 months later, they are ready to launch their dried roses, under the brand name Fabelicious. 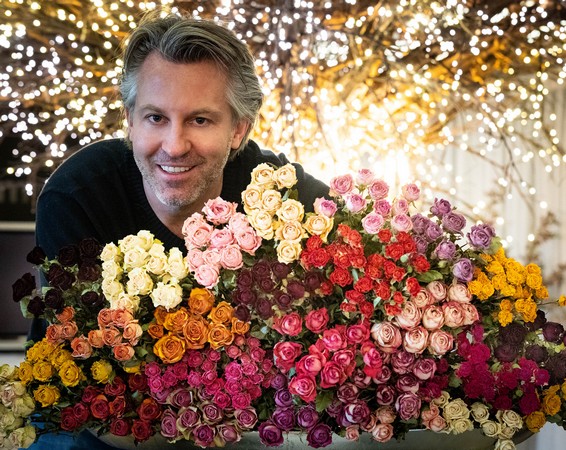 Dried flowers: all the rage
"When we talk to the younger generation and ask for their opinion on dried flowers, you see it's all the rage again", says Pascal. Together with Rudi he has a lot of experience in this field, because they once started their career in the marketing department at one of the largest dried flower suppliers in the Netherlands. "In 1997 we saw that dried flowers, a seasonal product at the time, grew extremely fast, were popular for a few years, but that stopped too." Pascal is happy to see that this trend is making a comeback. "It's kind of in our DNA, so when this trend came up again, we wanted to get in. And with Fabelicious we can supply year round." 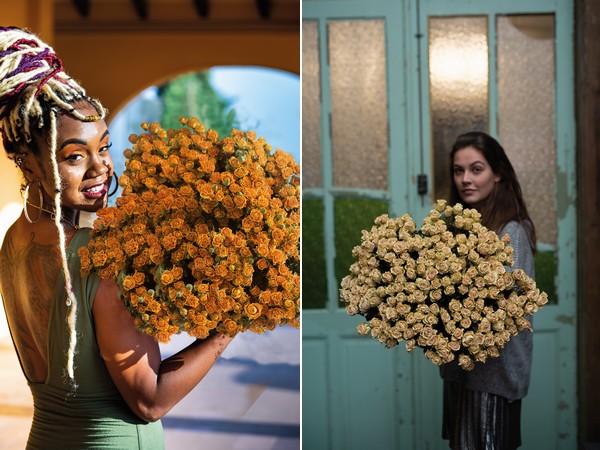 "You have to share success to multiply it"
A saying in which Rudi and Pascal fully believe is: 'You have to share success to multiply it'. This was the reason that they immediately went to growers and breeders with their marketing idea for dried roses. "We sat around the table with African growers, Dümmen Orange and Interplant, and presented our idea. We explained that we wanted to expand the 'ornamental pie' instead of taking a piece, and all parties involved were immediately enthusiastic. The product can be sold everywhere: at florists, the wholesaler, but at Ikea as well. The enthusiasm got even bigger when they learnt about our ecological view." 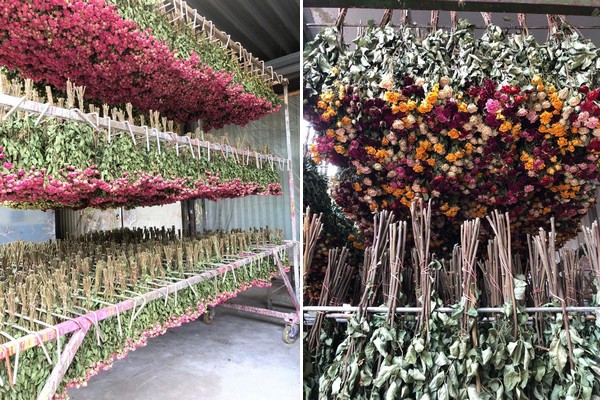 The process
You can't just take any rose and dry it, because then they're full of botrytis. The whole process has to revolve around the creation of dried flowers, explains Pascal. It starts with choosing the right variety. Then comes the production process, which takes place in Africa. "We checked out different roses from various countries, but the African rose seems to be the best." In the production process as well, it has to be taken into account that the rose will eventually be dried. "During cultivation, there can't be any water directly on the rose, that's disastrous for the drying process." Then comes the harvest. This has to happen in a different opening stage than for a fresh rose. "The bud shrinks in the drying process, so it has to be open enough, but not too far, because then the flower pulverizes." In a closed cooling system, the roses are shipped to the Netherlands and dried in Aalsmeer. "After testing in many countries, it seems evident that the rose be dried in the Netherlands because the flowers need a certain humidity which just isn't present around the equator. With this process, the various roses in our assortment keep their shiny colour and have a life of about 6 to 8 months. 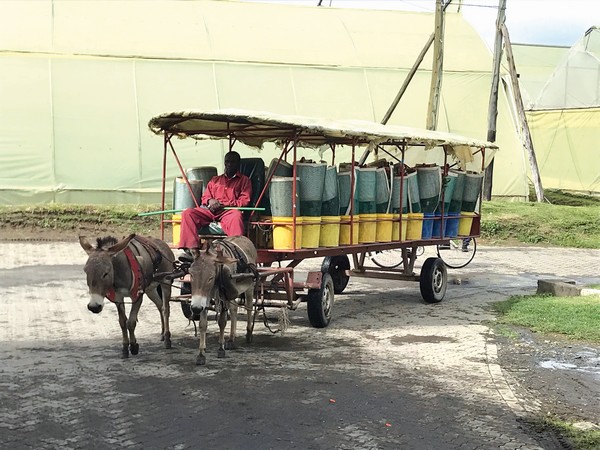 Sustainable flowers
An important USP, according to Pascal, is the fact that the dried single and spray roses are sustainable in various fields. "They're not only grown sustainably, with far less supplements, but also packed sustainably in kraft paper, and it's sustainable entrepreneurship, that the working conditions for the African workers are good and that fair wages are being paid. This helps the people of Africa a step forward and at the same time, prevents the waste of the flowers. These are value trends that are the same all around the world and are very important nowadays." 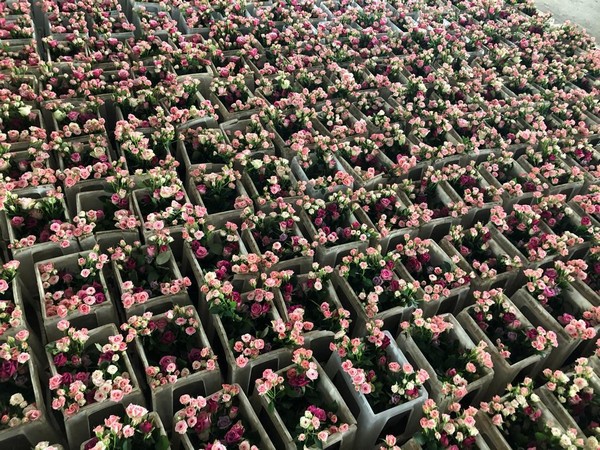 No spoiling of flowers
During the last weeks, the corona crisis led to the dump of huge amounts of flowers. According to Pascal, this new product offers new chances for the sector. "The past weeks we've cooperated with growers to be able to buffer, so less flowers had to be thrown out. Now we have millions of stems, I think about 6 million, in stock." The flowers can be delivered worldwide from Amsterdam, and traders can link their webshop to the Fabelicious one via Fresh Portal, so they can see and offer our current stock.