American Airlines has expanded its cargo schedule in May to provide 140 weekly flights to 15 cities in Asia Pacific, Europe and the Caribbean, up from 80 flights last week. New destinations include daily flights between Dallas-Fort Worth (DFW) and Hong Kong (HKG); and weekly flights from DFW and Beijing (PEK); DFW Chicago (ORD) and Paris (CDG); ORD and London Heathrow (LHR); Philadelphia (PHL) and Rome (FCO); PHL and San Juan (SJU), and PHL and Zurich (ZRH). 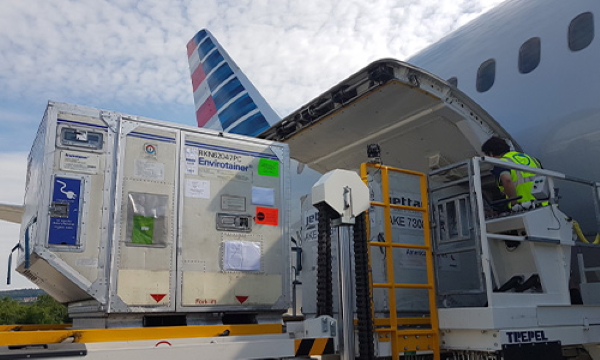 Crates of temperature-controlled pharmaceuticals are loaded into aircraft for a cargo-only flight from ZRH to PHL.

“Why we fly hasn’t changed, but out of necessity how we care for people on life’s journey has had to change. Cargo-only fights have allowed us to transport medical equipment, communications and technology tools, pharmaceuticals and food supplies,” said Rick Elieson, President of Cargo and Vice President of International Operations. “Air cargo is uniquely positioned to connect the world at a time when barriers and distance threaten to separate us. I’m immensely proud of our teams and business partners who have come together to make these flights possible,” said Elieson.

The airline’s early roots can be traced back to flying cargo, when a Douglas DC-3 loaded with more than 6,000 pounds of fresh spinach, fresh flowers, airplane parts and apparel flew the first scheduled air cargo flight from Burbank, California (BUR) to New York (LGA) on Oct. 15, 1944. American was also the first airline with dedicated cargo terminals. 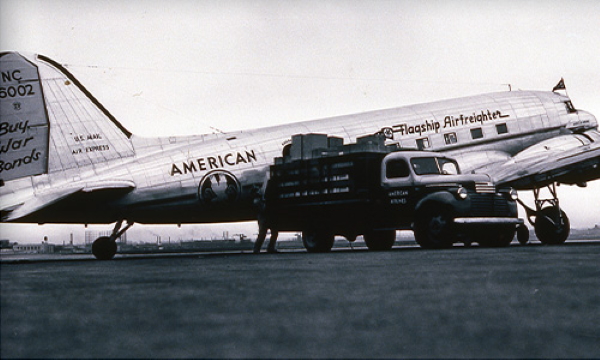 After growing into a passenger airline, American returned to freighter operations in October 1974 with six Boeing 747s. With 176,000 pounds of cargo capacity, the freighter flew a wide range of cargo from a printing press to fresh produce in its first year.

American flew the freighters for 10 years before the capacity of newer widebody aircraft (at the time the DC-10 and the Boeing 767) allowed American to load freight containers on passenger aircraft, moving the carrier away from a dedicated freighter fleet. The freighters were sold, with one purchased by NASA and converted to piggyback the space shuttle. 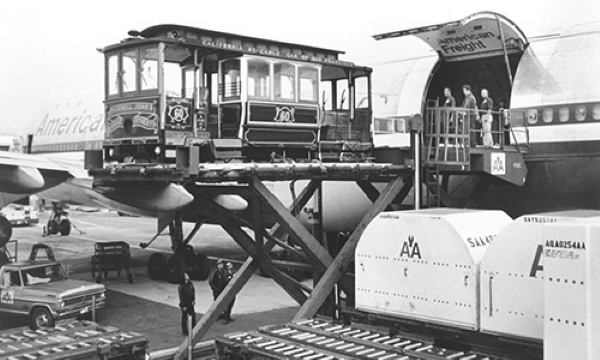 Throughout the years, American has flown unique cargo, including horses, helicopters, a trolley car and a variety of vehicles, including a Rolls Royce and a DeLorean.

American is a key player in the 35% of world trade that moves by air cargo, carrying 2 billion pounds of goods annually in the bellies of its passenger aircraft. And now more than ever before, air cargo plays a significant role in connecting the world with critical goods — transporting fresh produce, shipping temperature-controlled drug trials for coronavirus (COVID-19) and filling aircraft full of PPE. 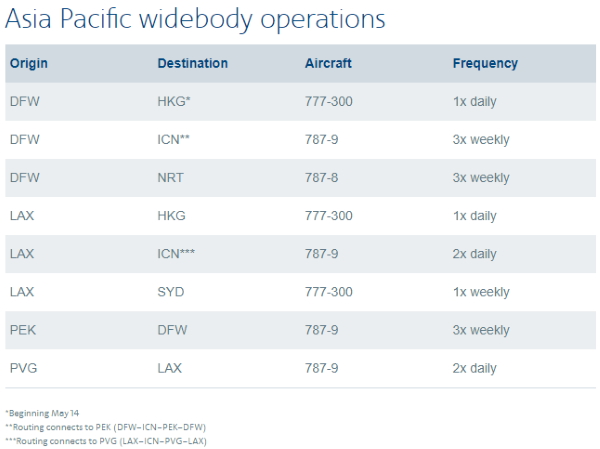 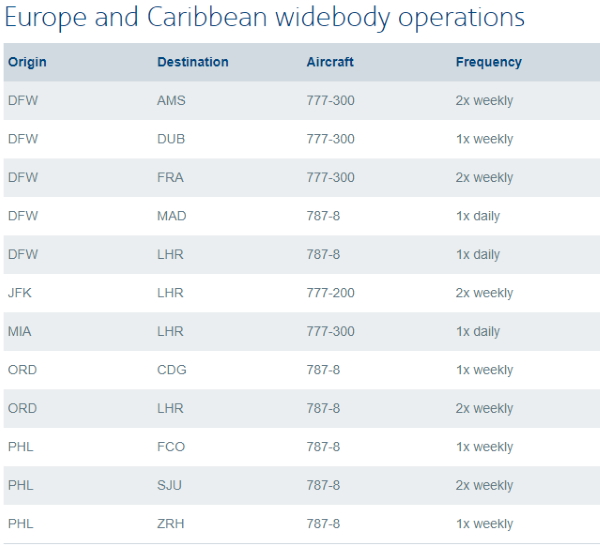