"Grateful that our family name is still on the building"

In 1928, after many weeks at sea, a fisherman returns to port in the Dutch town of Vlaardingen. Another fishing vessel sails out of the harbour and comes alongside. "Say, I heard you had a son," someone from the ship shouts to the fisherman. At that moment, the fisherman and brand new father makes a decision. Once disembarked, he looks for work ashore. Hans Zeeman tells this story with appropriate pride. The story from his grandfather Hannes Zeeman who laid the foundation for the company where he himself is at the helm as third generation. How has the company, now known as Alumat Zeeman, developed itself under the leadership of Hans and his predecessors?

Maintenance
"My grandfather went to work in maintenance for the Westland horticultural sector which at that time was somewhat primitive," Hans continues. “Back then it mainly concerned grape greenhouses and small wall greenhouses. He did the repair when glass windows broke. And he also replaced the putty with which the glass panes were held in place.” Once his sons Nico and Jo were old enough, they helped him. With several sons, he had a large maintenance team at his disposal. 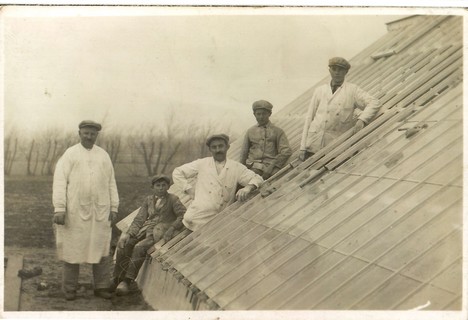 A photograph from 1930: Joh. Zeeman Kassenschilder

Inventor
Hans himself did not know his grandfather well. He remembers him as a very old man sitting in a chair, in dark clothes. He is aware though of how the man expanded the company. “He was very handy and was an inventor. He thought: I have almost no work in winter and it is very busy in summer. Let me try to make the materials I use myself. He went to work with fasteners and putties. He also sold these to installers and at one point he gave up maintenance fully and focused entirely on producing and supplying materials. That gave him the opportunity to design new things.” 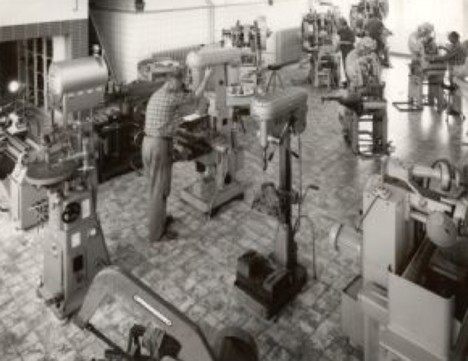 Hannes Zeeman in the workshop

Next generation
When the end of Hannes' working life approached, some of his sons, including Hans' father, took over the company. The assortment was greatly expanded with new materials. “Their strength was in the experience they had gained themselves with the installation. In addition, a new era required new materials. They had experienced many developments in the sector. The work used to be very local. You could see the church tower from where you worked. It was very unusual if you had to cycle fifteen kilometres for a job.” The horticultural sector continued to develop and greenhouse builders increasingly set up projects outside the Westland. “First in Aalsmeer and subsequently across the border. Customers were also getting larger and more international. Of course everything was done without internet and email. I still have telegrams (orders) from that time, from Bulgaria for example. Very pleasant and nice to read again,” says Hans. 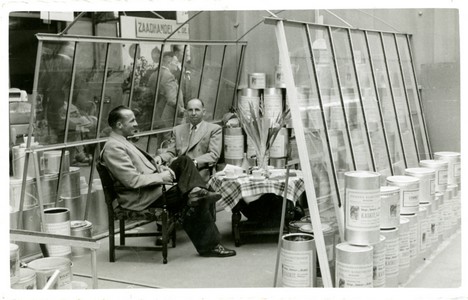 Two steps ahead
In the meantime, business continued and Zeeman's Kaskit business continued to grow. The fact that Dutch horticultural suppliers enjoyed a good reputation worldwide was beyond doubt. “In the Netherlands they also were aware of this. The highlight for my father and his brothers was a visit by the Queen's Commissioner in 1966.” Hans himself joined the company in 1986. He cannot deny that at first he was somewhat uncertain about this. “I sometimes wondered if such an environment would suit me. Now we would assess and make a profile of someone who would like to work with us. That was not the case back then, mainly being handy was important. In the end it turned out that I have some of the creativity from my predecessors. In addition, looking beyond two steps ahead was in the genes: Where can I find more opportunities further away?”

In 2012, the company moved to Honderdland business park.

Spotlights
Well, then you get older and the former generation drops out. The spotlights were redirected on Hans.” Hans realized that, now that he was at the helm, he had to make decisions all the time. “Making no decision is more disastrous.” One of those decisions was to stop the chemical production of coatings and sealants and to continue with the structural materials, of ventilation systems and screen installations. "That provided room for more development and financially it is better to focus on multiple disciplines." The company grew, thanks in part to three acquisitions, including Alumat in 2008, whereby the name changed to Alumat Zeeman B.V.. 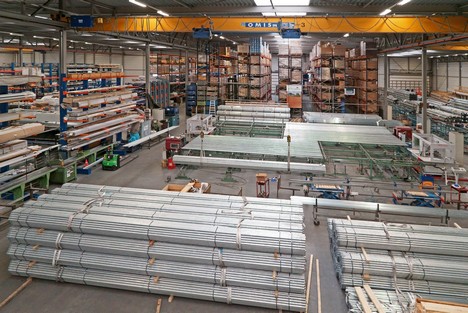 A look inside the production hall

Grateful
Recently a new production hall and an extra office were put into operation. “My father is now 90 and still observes it all, but comprehending the contemporary business is difficult for him. The sector is very different now than it was in his time.” Hans is proud that the family name is still 'untouched' on the building and that a Zeeman is still at the helm. "That makes me happy and grateful." 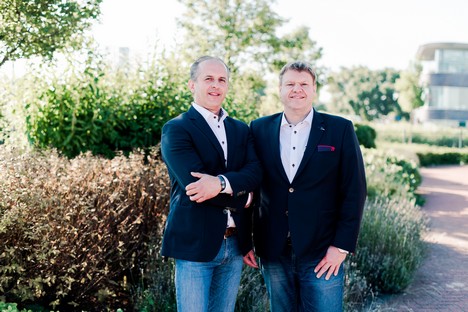 In 2014, Hans expanded the management team with Bert Strikkers. "With joint knowledge and expertise, we are working on a future-proof company, Alumat Zeeman BV, aimed at further internationalization and upscaling. This in a beautiful location on the edge of the Westland, located along the A20 with highly functional production halls, warehouse capacity and extensive logistical possibilities."

This is the thirteenth part of a series in which a group of 'seasoned workers in the field' look back at times long gone. And in which we look at what their work meant to the current horticultural industry. Tips for the series are more than welcome and can be mailed to: info@hortidaily.com