Marigolds are popular flowers to cultivate in India, Vietnam, Thailand, Indonesia, Latin and North America and are mostly used for religious purposes as well as for cut flower bouquets and vase life decorations. The demand for this species in hybrid form, has increased over the years, and interest for novelties is high. One of the largest breeders of African/American F1 Marigolds, Ameriseed, has just introduced a new variety, namely White Swan. Below is more information about this variety. 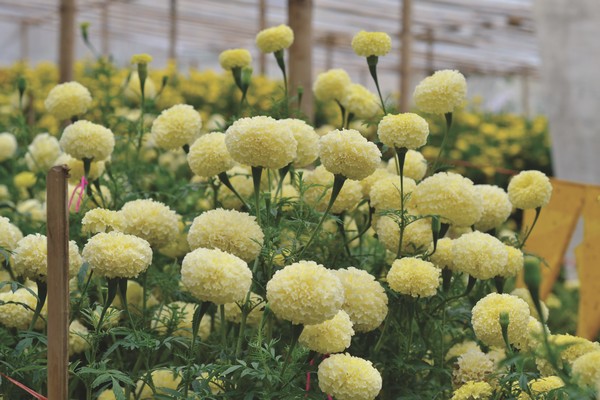 "White Swan is a hybrid cut flower Marigold and is the first tall, Hybrid, white, cut flower variety to be introduced to the professional cut flower grower market", says AmeriSeed's marketing director, Beam Sailern Senhuk. White Swan is specially developed as a cut flower for garland, vase, and bouquet use. 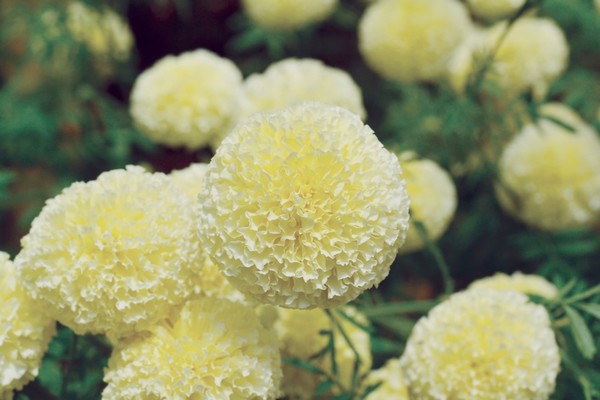 According to Beam, this new white marigold is a breeding breakthrough for the professional cut flower industry. "It is easy to grow, gives high yields of round, white, odorless blooms and has long stems. On top of that, it has a high heat and disease tolerance and a long shelf life."

More than Marigold - 'top performer' Zinnia Holi is included in their breeding assortment
Ameriseed is one of the largest breeders of African/American F1 Marigolds and 80% of their breeding and seed production work is focused on Marigolds. However, they also breed other varieties like Zinnnia and they seem to be quite good at it as several varieties in their Zinnia Elegans F1 Holi Series have received AAS awards. 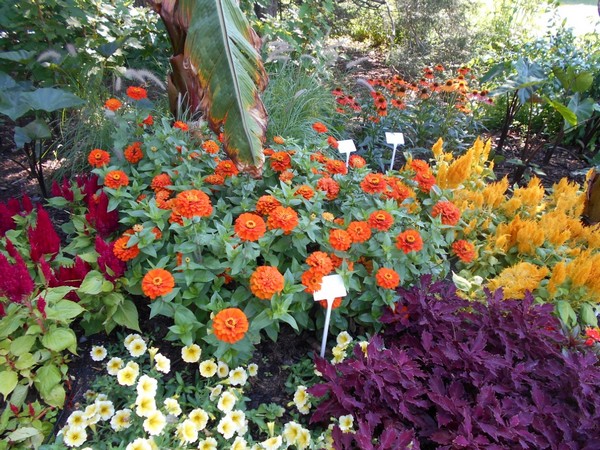 This series was introduced to the ornamental flower seed market in 2018 and is now being grown by professional growers and home gardeners throughout Asia, Europe, and North America.

It was developed to fulfill customer demand for an ornamental F1 Zinnia that could tolerate the extreme heat and humidity of tropical and sub-tropical conditions and cope with climate change and global warming. Zinnia Holi exhibits a compact, bushy plant habit when grown in containers and landscape situations producing fully double flowers. "It is a magnificent, showy bedding plant and the five spectacular colors do not fade when exposed to strong sun light during summer heat." 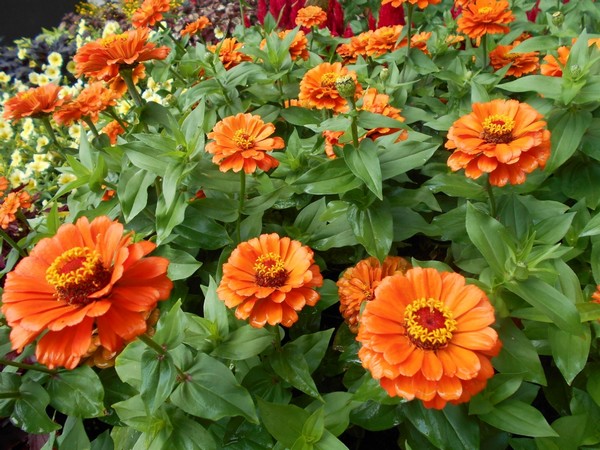 In 2020, AmeriSeed added the sixth color to the series ‘Holi Orange’ and this variety has just been awarded top performer status in the Cornell University New York 2020 summer trials.

"Screening trials were conducted in four continents under various hot, dry and humid summer conditions to make sure that the new color performed. If growers, gardeners and landscapers are looking for a serious, weather tolerant Zinnia the “Holi Series” should be the first choice."

AmeriSeed is currently conducting a large rainy season trial in SE Asian monsoon conditions and results are expected to be announced in October 2020.