A peek inside the trials of Dekker Chrysanten in the Netherlands

Traditionally during this time of the year, Dekker Chrysanten organizes an extensive trial at their company in Hensbroek, the Netherlands. You won't find more colors in one greenhouse anywhere else; the assortment of chrysanthemums is huge, in santinis they are even the market leader and when all displayed together like this, it feels like you are in a candy store.

Lisanne and Warja surrounded by the flowers

Diversity is one of the major themes in chrysanthemums, says Lisanne Borst and Warja Abrosimova, responsible for marketing at this breeding company. Every year the assortment gets bigger; growers want to be able to distinguish themselves with new colors and shapes, and especially in the latter area a lot is happening. Think of the pompon, spider-like varieties, the Madiba, varieties that look like carnations and so on. 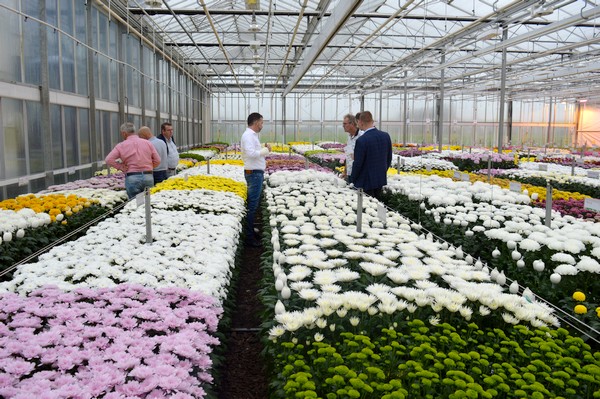 The focus on broadening the assortment is paying off. This year no less than six Dekker varieties have been nominated for the Glass Tulip award: the disbud Gustav and Capriol (nominated by Decorum), the spray chrysanthemum Big Boss and Bog Chief (nominated by Zentoo) and finally two varieties from the Madiba series Kerio White and the pompon Yellow Apura (nominated by Dekker themselves). An overview of varieties can be found here. 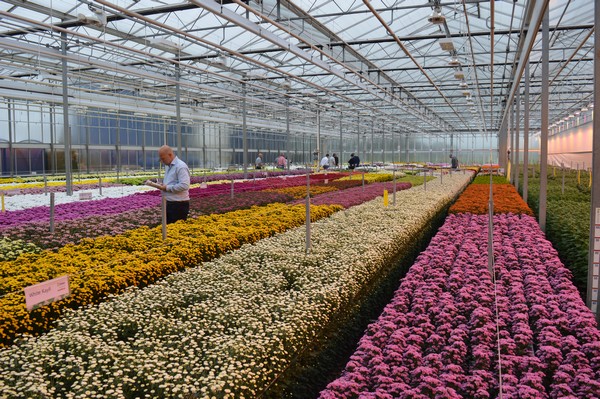 Despite they are organizing open houses several times in the year and at several locations, like Colombia and South Africa, this edition is extra special. The international fairs and in particular the FlowerTrials are considered to be a great loss, particularly because it is there where they meet the international client. Customer loyalty is always important, but now perhaps even more than ever. COVID-19 impacted Dekker as well. Particularly in Spring they were hit and they have major concerns about various foreign clients. Dramatic as the situation was in the Netherlands, the Dutch grower has roughly recovered; in many other countries, with more serious and longer lockdowns and a less philanthropic government, the impact is heavier. As a result, growers, quite simply, can't always pay. 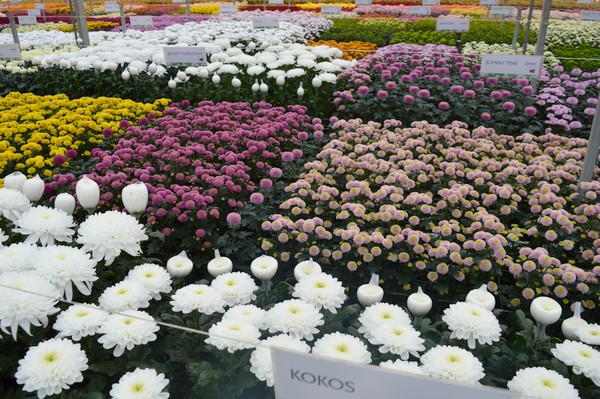 Fortunately, during the ongoing COVID-19 situation, the Dutch growers find their way to Hensbroek. Apart from a few cancellations, more than 100 growers and exporters have been welcomed over the past few days. Did you miss the trials? The open days are officially over, but there are still visits by appointment. The trial looks great - just give them a call and you are welcome to come and have a look.