This year's Grandparents' Day focused on prevention of loneliness and connecting generations. In 2020, Grandparents Day falls on Thursday October 1 and the following day, October 2 belongs in the Christian calendar for guardian angels. The Dutch Ministry of Agriculture and the Embassy in Prague support the initiative. Ambassador Kees Klompenhouwer joined in Tehov (Czechia) for a workshop and planting of a tree as a symbol of connecting the generations in this difficult time.

Grandparents Day represents a truly sincere festive opportunity to thank grandparents for their love, affection, support and practical help with which they engage in families raising grandchildren. Grandparents are an important social and often an economic part of the family. In Czechia it was for the first time that Grandparents Day was given special attention. This year's Grandparents Day focused on fighting loneliness and connecting generations. In 2020, Grandparents Day falls on Thursday October 1 and the following day, October 2 belongs in the Christian calendar for guardian angels.

Dutch Ambassador to Czechia joins Grandparents Day
On October 1, Dutch Ambassador to Czechia, Mr. Kees Klompenhouwer, joined the event in Tehov dedicated to Grandparents Day. At the elementary school, children made flower arrangements for the elderly. "This year's celebration is more important than ever before. Due to the coronavirus we have to stay at a safe distant from each other to keep each other safe." said ambassador Kees Klompenhouwer. "Loneliness, especially with the elderly, is a risk. The pandemic reminds us how rare and unique the relationship is between grandparents and their grandchildren. It is important that we stay connected." 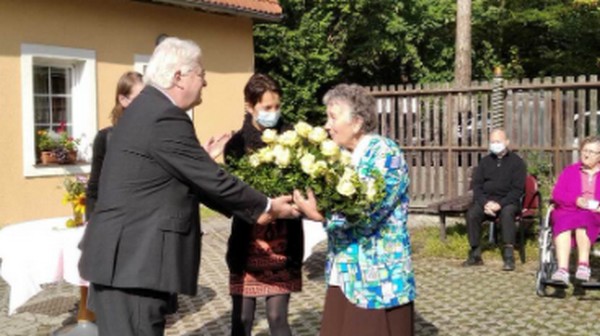 In Tehov, Ambassador Kees Klompenhouwer together with mayor ing. arch. David Hlouch also planted a fruit tree in the school garden. "Elder people deserve our love for everything they have done for others during their life", according to Ambassador Kees Klompenhouwer. "This tree, as well as the flowers, are a symbol of connection between generations and a expression of beauty, love and hope." 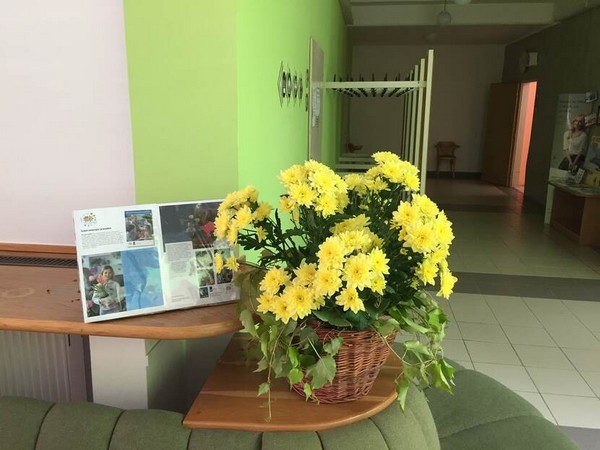 Initiative of Felini Foundation & NL embassies
Grandparents Day has been launched by Felini Foundation and Dutch embassies and Consulates General in several countries. This year the promotional campaign has, besides Czechia, been launched in Spain, Italy, Slovenia and Germany (Bavaria). Florists in different countries have been provided with tools to promote Grandparents Day and organize workshops. More information can be found on the website https://festadeinonni.it/en/grandparentsday/

In Czechia the initiative was organized and supported by Hortiservis, Mirka Paclova