Owner, Hans Malefason, has been working in the family business for 45 years already. He took over the company from his father. The business is active in, among other areas, greenhouse horticulture. It's managed to retain its independence and family character. And so, is creating opportunities for possibly a third generation.

Bestebreurtje has become a well-known greenhouse horticultural supplier. Not only in the east of the Netherlands but beyond, even internationally. Hans is proud of the company's entrepreneurship, commercial spirit, and responsiveness to new developments. For example, he started selling and producing plant trays made of PET as early as the 1990s. "It distinguishes itself from other plastics. It has a favorable footprint and is of high quality. It also makes your products look great." 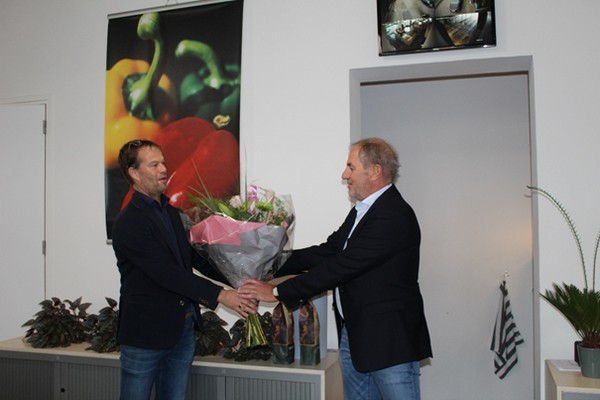 The company began as a seed business. Over the years, it's become a company with a total package of products. These are for the modern businessperson in the agribusiness. The range includes an assortment of products for the horticultural sector too. Bestebreurtje employs 14 people.

To guarantee continuity, Johannes Tuinhof was appointed earlier this year. He'll continue building the company under Hans Malefason's direction. The (possible) next generation will then be able to keep the company going. They can be integrated in a good, thorough way. That's according to both gentlemen.

Want to offer congratulations? You can at office@bestebreurtje.nl.