After several years of work, thousands of crosses made, hundreds of codes eliminated and dozens of evaluations, Red Flame, the new red rose variety from NIRP International, has hit the market.

The breeding process
The process from the creation to the first commercial plantation of each new rose variety involves a number of tasks that can take several years, explain Carlos Castillo & Wilson Gomez, commercial representatives of NIRP International in Ecuador and Colombia.

“Only after years of rigorous evaluations and selection process, we can determine the varieties that have the best agronomic and market characteristics, in order to provide growers with a product that guarantees favorable long-term results for whoever produces and markets it." 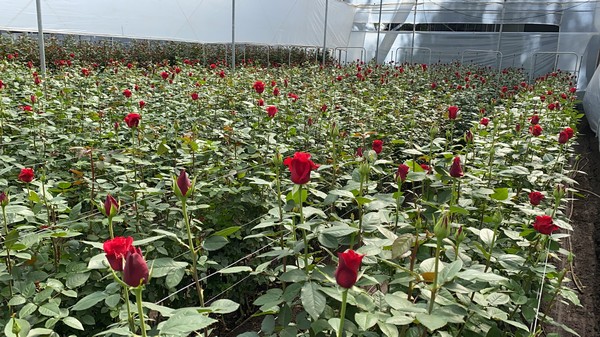 Red Flame® in the greenhouse

Red Flame
Red Flame is a tea hybrid selected exclusively for its production in Latin America. "Just to illustrate how long the process has taken, we can mention that the variety’s origin goes back to a crossing made in 2011 which was then evaluated in all stages until 2016, when it was selected. Later, in 2018, it was decided to launch it commercially after the completion of the entire process within the experimental area of NIRP in Cayambe / Ecuador." 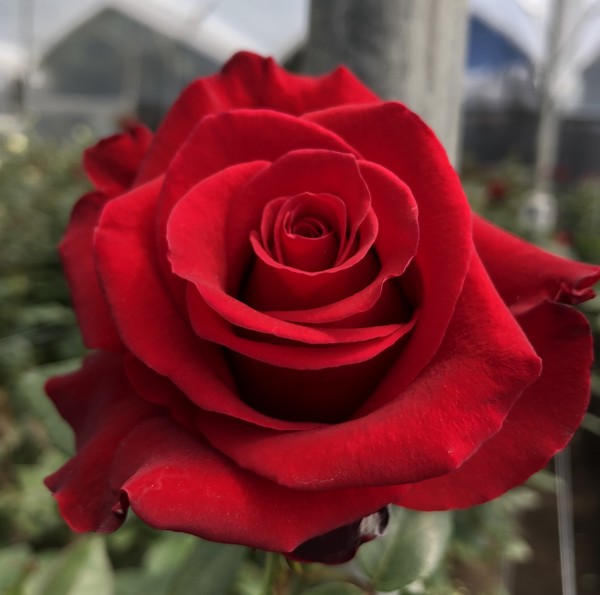 Characteristics
The Red Flame has shown its best performance when cultivated between 2,600 and 2,800 meters above sea level. "The variety’s most remarkable characteristics are the plant structure, the length of the stems, mostly ranging between 60 and 70 cm, an average bud size of 6 cm on average and especially its velvety red color. Additionally, thanks to its structure and excellent budding, it is a variety that achieves a productivity of more than 100 flowers / m2."

Throughout the evaluations carried out with some of NIRP's clients in Ecuador, it has been observed that Red Flame is a variety that has very few thorns. Also, the red velvet color is obtained without using any type of mesh or "anti-blackening" bag, which results in significant savings in the use of labor.

Great interest
Red Flame was commercially launched in Ecuador in 2018 and in Colombia the following year at the Proflora fair. Since its launch, several companies have planted it, initially as a test, and after analyzing the results in the field, as well as the pinch tests, cold room rotation, travel and vase life, they have decided to plant more. "Moreover, we have many other new clients who have planted and will continue to plant the Red Flame in the near future. Because of all this, NIRP International is proud to offer a new red variety, specific for the Latin American market.”