Oro Agri taken over by Rovensa

Oro Agri, known for the orange oil growers use all over the world as an insecticide and fungicide, is being taken over by Rovensa Group. The group of suppliers of biological crop protection agents has taken over the originally South-African Oro Agri, intending to grow, particularly in the US, Asia, and South Africa.

Dutch introduction
In the Netherlands, Oro Agri received the first admission for the Oroganic insecticide, the name of which is based on orange oil. This spring, the insecticide was introduced. Admission as fungicide in the Netherlands will follow in the future.

For growers and suppliers, nothing will immediately change with the take-over, according to Martien Melissant, the face of the company in the Benelux.

"We are a strong international brand and will become part of a group of other producers of crop protection agents which also operate under their own name. The synergy between the other crop protection products will certainly benefit growers in the long term."

International reach
Eric van Innis, CEO Rovensa, is happy with the take-over, which increases the international reach of the group. "Oro Agri has built up an impressive company with a worldwide renowned brand. The company has a lot of experience with regulation and intellectual property. The customer-oriented, technical go-to-market strategy with a boots-on-the-ground approach are completely in line with the philosophy and principles of Rovensa."

Grown fast
Erroll Pullen, founder and CEO of Oro Agri, looks back and ahead. "It has taken us twenty years to turn a one-man company into a large international player with a large product portfolio and a distribution network in more than 75 countries."

The ball started rolling in 2004, from the moment the patent was issued for the functioning of orange oil as insecticide. In 2011, an entity was established in the Netherlands, in 2018, a factory in Portugal and last spring, Martien was at HortiContact. 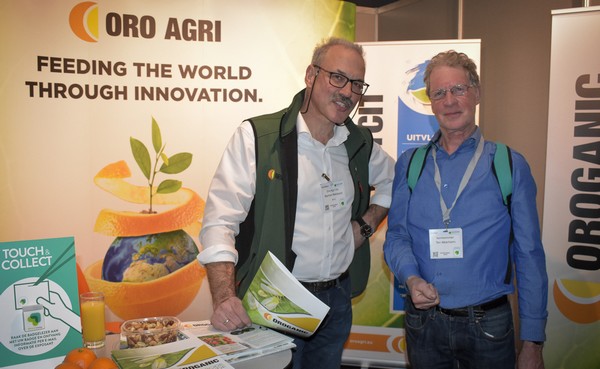 Distribution expansions
Recently, Oro Agri was given the opportunity to significantly expand the distribution in North America. This doubled the points of sale in the US. "In Latin America, Europe, Africa and Asia, our teams are also working with substantial distribution expansions", according to Pullen, who expects that joining Rovensa "will open many new doors for the introduction of complementary products."

The conclusion of the take-over will take place before the end of 2020, it is expected. The shareholders of Omnia Holdings Limited, the investment group Oro Agri has been part of since 2018, as well as certain merger supervising authorities must give their approval for the take-over.