"With the addition of Sabine, we will be able to provide stronger personalized service and information to our North American customers." In her new role, Sabine will focus on customer support and work with rooting partners, growers, brokers, and retailers to help increase sell-through and brand awareness of Heuger Hellebores. 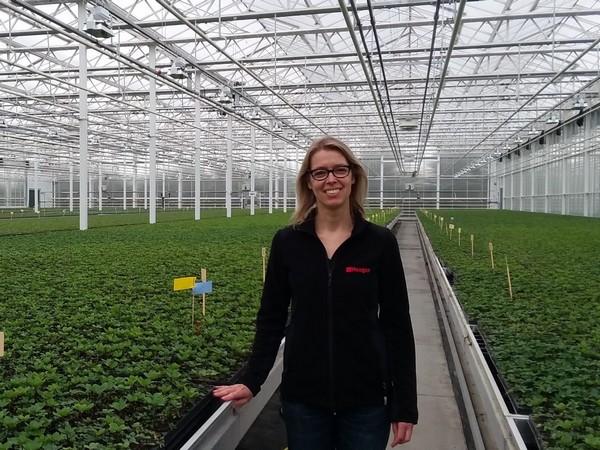 Sabine Seeling grew up in Germany and has earned her Master of Science degree in Horticulture from the Humboldt University in Berlin. Over the past 20 years, Sabine has been working in the nursery industry in the Pacific Northwest. She has held leadership positions at Smith Gardens and Skagit Horticulture and comes with an extensive background in production management and greenhouse growing. Sabine spent three months this summer at Heuger in Germany, where she received a comprehensive insight into the company’s breeding and growing practices. With her knowledge and experience, Sabine will be a valuable resource for our customers in North America.

We are thrilled about the latest breakthroughs we achieved in breeding Hellebores and see strong demand for our new genetics not only in Europe but also in Asia and North America. Sabine Seeling will support our marketing efforts and the promotion of Heuger varieties.