BotanIQ Lab by Offer Madsen will transfer all of its activities to LiveTrends Design Group Europe on January 1st, 2021. The new company will be a part of the American organization LiveTrends Design Group, which is a market leader in the USA with green design products for supermarkets, home improvement stores and garden center chains.

With this new venture, LiveTrends will be able to apply its trend forecasting, product design, horticultural research and creative marketing to a very strong foundation based in Europe. The new company will be headquartered in Denmark, but its products will be distributed at all markets in EU and UK. 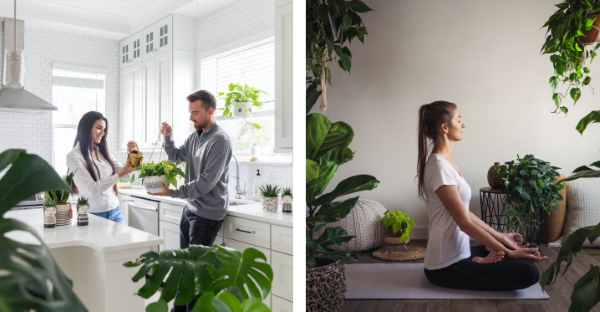 BotanIQ Lab by Offer Madsen was established in Denmark in 1965 and operated under the name of Offer Madsen until five years ago; then it was rebranded to BotanIQ Lab, Intelligent Plant Design. Currently the company produces trendy home décor with Scandinavian inspiration for the European retail markets.

LiveTrends Design Group was created in the USA in 2013 by Bisser Georgiev, and its vast product line is currently being distributed at over 16,000 retail stores in the USA and Canada. The mission of LiveTrends is to deliver joy to people’s lives by fusing nature and art into unique, trend-forward design. LiveTrends bridges what’s trending around the world with living products that are handcrafted, long-lasting and always evolving.

To ensure smooth transition of business operations, all employees from BotanIQ Lab will remain with the new company, and the organization will continue basically unchanged at the same location in Odense, Denmark. In addition, one of BotanIQ Lab’s most valuable leaders, Henning Brejnholt, will now serve as COO and will lead all daily operation of the company. Thomas Offer Madsen will assist the organization during the transfer to LiveTrends Europe, but in future, he will only be engaged through a board position in the new company.

LiveTrends Design Group Europe will continue to offer the brand name BotanIQ Lab and will add LiveTrends’ American-developed products and brands to the range in Spring 2021. LiveTrends designs over 500 exclusive product collections annually, and then it replaces over 80% of them every single year.

“We have been friends and collaborators with Thomas Offer for over 10 years, and it was simply logical that we select BotanIQ Lab as the best partner to help us enter the European market. LiveTrends has very strong design and marketing capabilities, and now combined with BotanIQ Lab’s fine production skills, strong supply chain, and local distribution footprint, we will be able to bring our combined brands to live across Europe. In addition, we will use this collaboration for research and bring innovative product ideas back to the US market as well. This new venture will help us become better and stronger company in both continents,” said LiveTrends’ Founder and CEO, Bisser Georgiev.