Amaryllis is a crop that is grown to a precise schedule. And a systematic approach to coating – agreeing at an early stage when the contractor can start – fits in well with that and avoids unpleasant surprises.

Amaryllis growers would welcome a longer sales season, and new colors and shapes are undoubtedly helping to expand the options. And yet 80 percent of these flowers are still sold between mid-October and Christmas, red and white being the firm favorites in the festive season.

To be able to deliver precisely on time, growers need to reduce the temperature 18 weeks before flowering. And that’s generally right in the middle of summer. “At that point we apply ReduSol on top of the previous coating of ReduFuse IR,” says Jan Overkleeft, an independent consultant who works with 80 percent of Dutch amaryllis growers and manages crop planning at Kwekerij Apollo in ‘s Gravenzande. “You know exactly when you will be switching on the cooling system, so you can plan your coating well in advance.”

ReduFuse IR
“Amaryllis benefits from light that penetrates deep into the crop, but the leaf temperature can quickly rise too high,” Jan says. “This causes the stomata to close, which impacts on production. If this goes on too long, the leaves turn yellow. So ReduFuse IR came along at just the right time: plenty of diffuse light without too much heat radiation.” 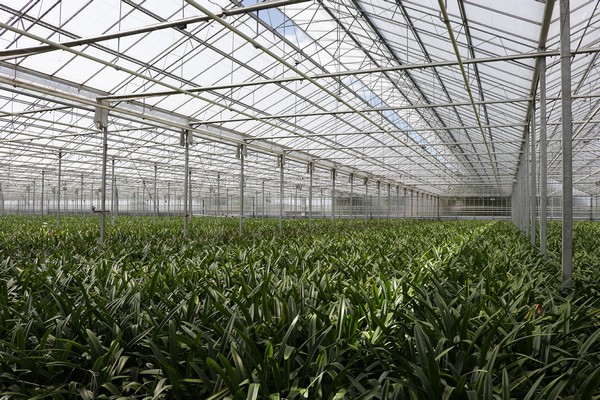 Jan books the contractor to apply the coating at Kwekerij Apollo in late March/early April back in early December. “Then we know we will be first on his list. The contractor monitors the development of the weather himself, and if the weather is looking good at the end of March, it’s up to him to decide when to start. This way we are always on time and we don’t have problems with growth inhibition,” he says.

Cooling schedule
Jan draws up the cooling schedule for the company’s various departments in March. By then they also have a clear picture of whether they will need to apply ReduSol and when. That also goes in the contractor’s diary early on. “As an advisor, I advise growers to get the contractors booked earlier in the year than they do at present, so they don’t end up last on the list. In early April everyone suddenly wants coatings applied.”

In early spring the sun can sometimes be quite intensive. And after a dark winter that can be an abrupt transition. Then the screens must be closed to protect the plants. “Once you have ReduFuse IR on the greenhouse roof, you hardly ever need to do that anymore, except in a very hot summer,” Jan says. “But you do need to watch out for spots of bright light coming through the open vents. With ReduSol on the roof, the contrast between those spots and the average light level is significant. The spots move as the sun moves across the sky, of course, but you still have to use the screens every now and then if the light is very bright.”

Removing the coating
Your cooling schedule determines when the coatings are removed again. “If you want flowers as early as October, it’s better to leave the coating on for a little longer, otherwise the stems will be too short,” Jan says.

Amaryllis bulbs can produce flowers for up to 10 years. “But to achieve that, you do have to make sure you do everything right. The bulb remembers everything. If you apply a coating too thickly in the summer, it will cost you production later in the season. And it is also very important to make sure it gets enough light in the spring. Amaryllis growing is an art, and one that ReduFuse IR fits in with very well. I’m a big fan.”