AP Holland scaling up after first year in new building

On 1 November 2019, AP Holland moved to its new premises at in De Lier, The Netherlands. There they started the 2020 season in good spirits and many trucks were loaded, mostly for the larger projects in Russia. This year the Dutch greenhouse builder wants to continue this with a rejuvenated team, a refreshed image and a new approach, also for greenhouse projects in Asia, Europe and North and South America. 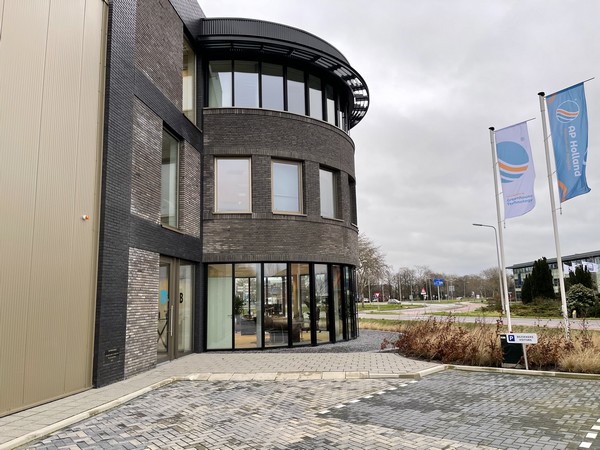 Refreshed
Egbert Bruins explains: "The former management left the company in 2020. At a later date, we will be saying the official goodbyes. They will be retiring well deserved, while we continue to expand our network with a rejuvenated team."

A refreshed image was in place as the company continues to grow, the found in De Lier. "Our logo has been refreshed, our website modernized and we have launched a 3D animation film to show the public our new approach to executing complete horticultural projects worldwide."

New approach
But what does such a new approach mean in concrete terms? "Design, delivery, construction under supervision of the most modern Venlo greenhouse projects and after sales are the key factors of our new approach," says Egbert. "The aim is to continue the professionalism and service oriented way of working that our founders have built up over many years. With a proactive approach we have modernized the company and given everyone more responsibility. In this way, everyone feels more connected to the projects that are being carried out and partly because of this, the team spirit has become even better".

Previously, there was more direct and personal contact between the final end user of the project and the supplier. Now, at AP Holland, they see that increasingly larger greenhouse projects are emerging worldwide that can generally no longer be financed by individual growers. "The final buyers of the products have also become larger and larger organizations. They ensure that the product reaches the consumer. Investors are stepping in because they see that local cultivation is becoming increasingly important, not only to compensate for food shortages, but also because of ever stricter requirements in terms of quality, freshness and food safety."

Growth, inside and outside Russia
Agricultural Projects Holland hopes to deliver many turnkey greenhouse projects again this year and the coming years. "For several projects the engineering has already been realized and is ready for execution. Also outside Russia, where we are traditionally strong. We are working hard on projects in Asia, Europe, North and South America."

The growth in the acreage of greenhouse horticulture in Russia seems to be levelling off after years of very hard growth, as can also be seen in De Lier. "Also in Russia you see larger and larger parties realizing controlled turnkey projects for massive local food production. More and more greenhouse horticulture technology is also being produced locally, which means that growth seems to be slowing down. Nevertheless, we are convinced that by further developing the techniques with which we are so familiar with in the Netherlands, Dutch suppliers will be able to play a leading role in Russia and worldwide for many years to come."