"Still looking for a market niche for the nascent Rwandan floriculture"

Finding a product that can put the nascent Rwandan floriculture on the map. For many years now, François Nsenga, of Ninaf Ltd is looking for such a product and he found it; the papyrus. “It is growing wild and abundant in the Nile Valley and among many other potential uses, papyrus can be used as a decorative item, both indoor and outdoor, fresh or dried, and in all world climates”, he says. For the last 5 years, this product developer is trying various ways to add value to this plant and he is now searching for a market to put it on. 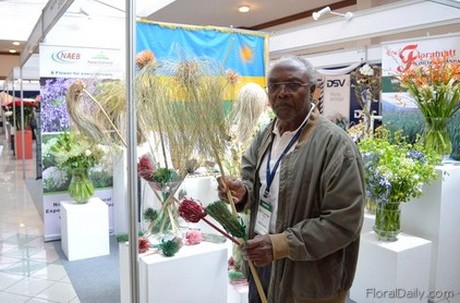 Nsenga showcasing its dried papyrus at the National Agricultural Export Board (NAEB) booth at the IFTEX 2016 in Nairobi, Kenya.

More care for logistics
His first attempt was in 2016, when he shipped around 500kgs stems of this plant to the auction in FloraHolland. However, five days before the stems would be exhibited at the auction floor, they were all dumped as they did not survive the long journey. "The trial was a failure due to an accumulation of problems. It started off well, but the stems of the flowers could not be flown directly to Schiphol - they had to go through Brussels first. And at the auction, the agent did not prepare them immediately after they were received. So when opening the boxes several days later, they had turned yellowish... All in all, it became clear that the bottleneck was the logistics." 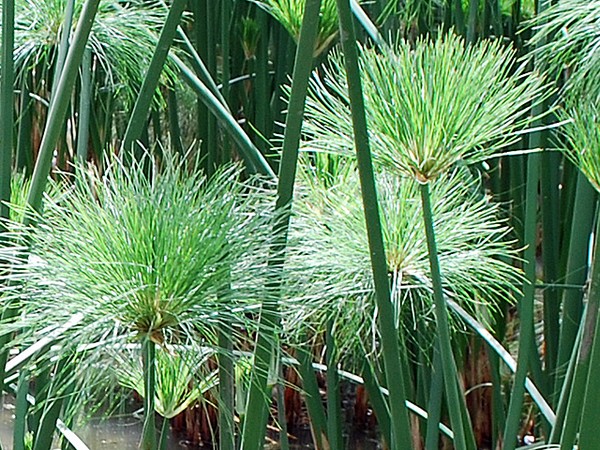 Different values
Even though the trials failed, Mr. Nsenga remained convinced that there might be, there is a potential market for the papyrus stem and inflorescence. Only, proper attention needs to be paid to logistics. For this reason and as Nsenga strongly believes that there is a worldwide potential for this product, he decided to continue and not be discouraged by the failed initial trial. “Since then, I started to develop different decorative products and concepts, with fresh, and dried, and dyed papyrus, for both indoor and outdoor, usable in all world climates.” 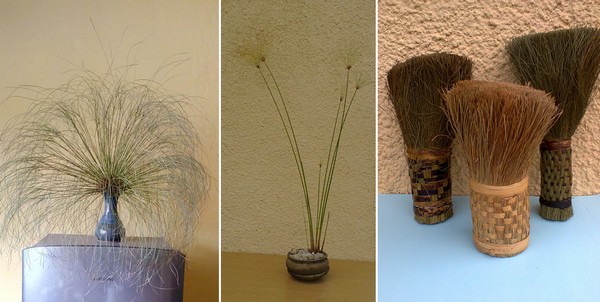 He created a dehydrated solution. Illustrated in the photos are his different concepts thus far, on the different kinds of a possible offer that can be done, out of dried parts of this abundant and yet not at all utilized resource! “Decoration being one among the many immediate and easy uses that papyrus can be offered for, I do hope that further to such enough focus directed to it, its many other potential values will be sought after.” 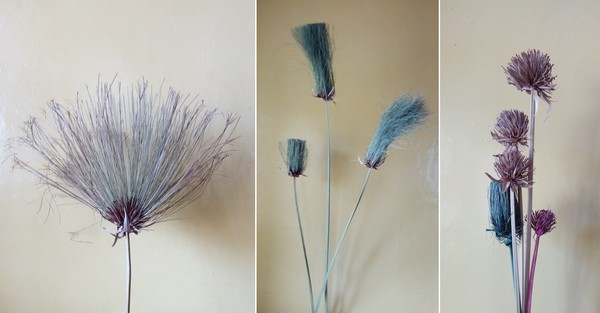 Still hope for fresh papyrus too
However, he still has high hopes for the fresh papyrus. “I still believe in fresh papyrus heads: always green when fresh; possibility of customers proceeding with the drying and the dyeing process themselves, in their own home premises; eventually supplied in different stem lengths, and possibly their 'hair' trimmed in different shapes, etc. They can be exported to wherever customers wish to have them throughout the world; the trick being just for me to take extra care in conditioning and quick logistics.” 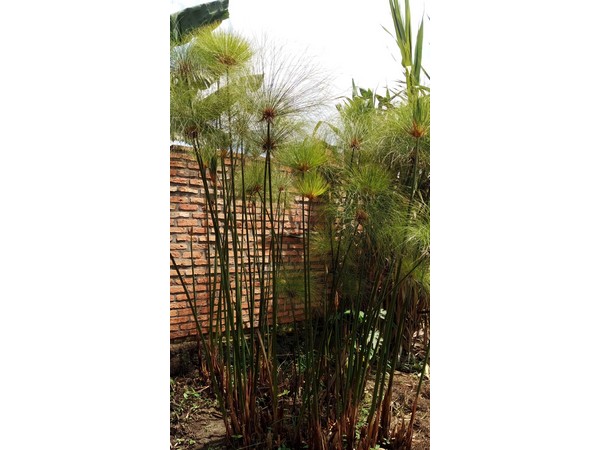 Searching for a niche market
As Mr. Nsenga is convinced about the potential of the product, he is looking for a market niche for this product and the entire nascent Rwandan floriculture.

Interested? He can be reached at the address below for comments, inquiries and orders. Click here for the leaflet.