Is she the future for florists post-COVID?

This year has been tough for many in the floral business, but it's booming for a Washington area floral "rockstar", while she delights her 45,000 followers with 4,000 posts of distinctive arrangements by Warren Michaels.

What is Washington, D.C. area florist Michaela Gosar doing right? Just about everything. She’s got a winning business model operating from her home studio – Fleurelity – in Alexandria, Virginia. She has no storefront, no rent, and no employees and has many online customers thanks partly to 4,000 customized arrangements she’s created for her customers and posted on Instagram for her 45,000 followers to enjoy. As a rule, once she completes an arrangement she takes a picture and posts it on Instagram and sends it to customers who made a purchase for themselves or someone else so the customer can see what it looks like – all part of the service. 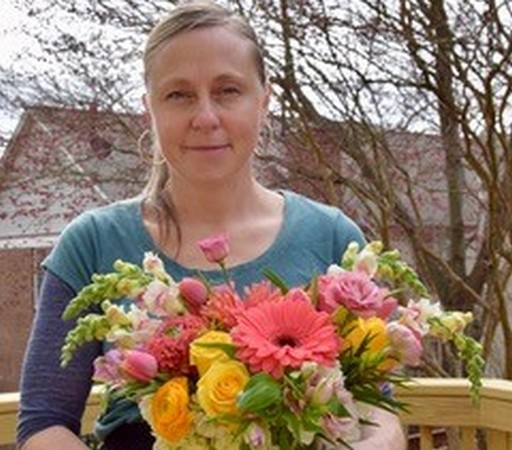 And all of that has helped make her enormously successful with as many customers as she can handle and a jump in business this past year of around 60% compared to her usual annual growth rate of 40% to 50%. ”I’m especially grateful for all the support I’ve received this year,” she says.

What’s driving the growth this year? That old slogan - ‘Say it with Flowers’ is one of the drivers. Michaela says, “People can’t meet to celebrate a birthday, graduation, anniversary, new baby or can’t cheer up a friend so they’re sending flowers instead. Mother’s Day, Easter, Thanksgiving, and Christmas have all been busier than usual. And since people have been spending more time at home, they’re also buying arrangements to beautify their homes. They are willing to spend more on flowers.”

And those that can, especially affluent communities around Washington DC, are doing their best to support small local businesses and Michaela says, “I’m doing the same. We’re all in this together.”

Since the supply chain which brings in offshore flowers has been disrupted, she and other florists are now relying more on locally grown flowers from flower farms scattered around Virginia, Maryland, and Pennsylvania.

America doesn’t have royalty and the courtiers that go with it, but Michaela can pass for a ‘royal florist’ with the personalized service she offers which she calls ‘concierge service’. Give her an order for flowers and she will select them, arrange them in a customized manner just for you and personally deliver them to you or to someone special in your life - all usually in twenty-four hours. Customers say they like her style which Michaela – who was born in Prague – describes as European.

And if the customers ask for specific flowers or an arrangement similar to one of her postings, she’ll do her best to meet their request. So far this past year she’s clocked over 6000 miles picking up flowers from wholesalers and dropping off her arrangements. Now that’s concierge service, but ‘royal service’ might be more apt.

Michaela is also concerned with the planet and has set a goal to minimize waste in her business which is one of the reasons she shies away from large weddings. She recognizes that it’s a magical moment for the couple but, “the flowers are enjoyed only for a limited time at weddings and usually end up being thrown away after the event. It’s a waste.” 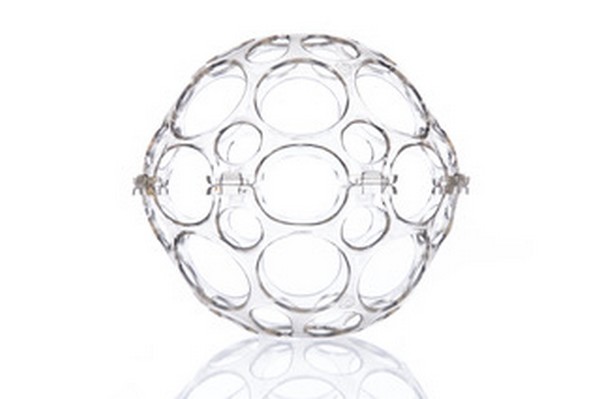 She tries to minimize her use of floral foam because of its impact on the planet. The world’s top floral organization, the Royal Horticultural Society, has banned it from its flower shows like the prestigious Chelsea Flower Show effective January 1st, 2021. She has adopted a Canadian invention called the ‘FloraGUPPY’. The ‘Guppy’, a plastic, recyclable, and reusable sphere with 58 holes is the first eco-friendly replacement for floral foam in 65 years. It’s been endorsed by floral magazines and schools as well as leading florists in the world. “I love it,” says Michaela.

In the past, she helped decorate the Christmas home of another notable environmentalist – President Joe Biden – when he was VP.  She would love a crack, one day, at the White House.

Michaels works from her home-based studio in Alexandria, Virginia while mothering two young children. She’s a one-person floral operation and that’s the way she likes it. She’s a multi-tasker and as disciplined as a drill sergeant and manages her time carefully - certain to put her family first, but often after the kids are asleep, she’s busy in her ‘happy space’ working up an arrangement for yet another next-day delivery. “It’s a juggling act and not for everyone,” she says, “but it works for me.”

See some of her arrangements at www.fleurelity.com.