In 1992, Lathyrus.nl started growing sweet peas under the name Kwekerij Hoogeveen. After several relocations and a name change in 2015, the nursery is now located in Kudelstaart (North Holland, the Netherlands), with an additional location that is used specifically for raising the plants.

Having started with 20,000 plants in two colours in their first year, this has now grown to more than 7 million plants in a variety of colours. 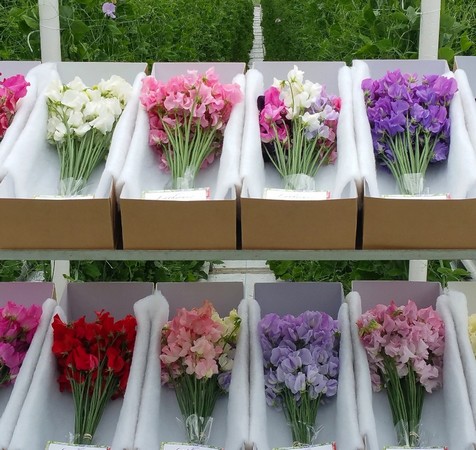 Raising starts by sowing the seeds in trays. After two weeks, the seedlings are planted out in the greenhouse. For a few years now, Lathyrus.nl no longer grow Lathyrus in soil, but on rock wool slabs. As a result, the Lathyrus is less prone to diseases and can be grown in an environmentally friendly way. When the plants are around 10 weeks old, the first flowers appear and harvesting can begin. During harvesting, the Lathyrus flowers are given a special treatment to extend their vase life.