"Introducing a rapid diagnostic test for detection of the Xanthomonas bacteria"

Agdia announces the commercialization of a rapid diagnostic test for detection of several phytopathogenic members of the Xanthomonas genus on their ImmunoStrip platform.

Widespread outbreaks
According to Agdia, Xanthomonas is a large genus of gram-negative bacteria containing numerous phytopathogenic species and pathovars within species. These pathogens cause widespread outbreaks on many economically important hosts, and diseases include citrus canker, fruit and leaf spot on pepper and tomato, black rot of crucifers and blight on geranium. Members of Xanthomonas display a great degree of host plant specificity and tissue specificity, invading either the mesophyll tissue (cankers and leaf spots) or the vascular tissue (blights and wilts). Many of these diseases are responsible for devastating crop losses throughout the world, affecting both crop productivity and quality if unchecked. Therefore, many species of Xanthomonas are considered organisms of quarantine status by the European and Mediterranean Plant Protection Organization (EPPO). 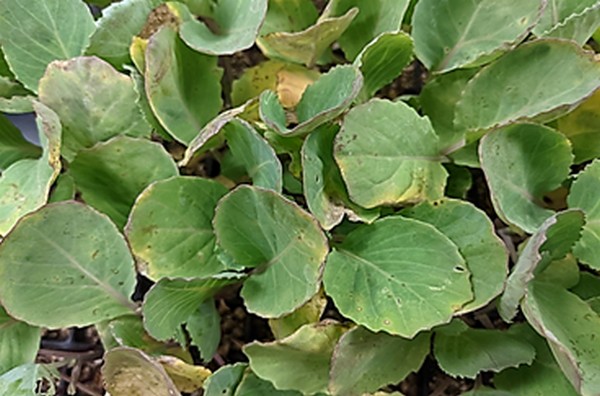 Exacerbated spread in greenhouses
Outbreaks of disease caused by Xanthomonas can occur throughout the season. Nevertheless, the proliferation of inoculum (bacterial cells) and subsequent dissemination are dependent on local climatic conditions. Colony growth is optimal during periods of warm, wet weather. Xanthomonas forms mucilaginous colonies, which are suspended in water and spread locally in droplets via wind, splashing rain and overhead irrigation. Furthermore, human activities such as picking fruit and pruning can exacerbate spread within fields, greenhouses and orchards. Long-distance dispersal is most common via movement of infected budwood, cuttings, seedlings and seed.

How to use the ImmunoStrip
Agdia’s ImmunoStrip® provides end-users with utility; samples can be tested in the field or lab by those having no previous diagnostic experience, and results are visualized within no more than 30 minutes. Furthermore, this product includes everything necessary to perform a test and does not require special equipment. Test protocol is simple and includes 1) Sample collection and extraction in Agdia buffer bags, 2) Exposing the ImmunoStrip to the sample extract, and 3) Allowing results to develop. Test results are visualized as a single control line or a control and test line for negative or positive results, respectively.  Watch the video below to see how to use the ImmunoStrip.