NL: Looije Agro Technics is building for the future

Since last year, the management team of specialized consultancy bureau for the greenhouse horticulture sector Looije Agro Technics (LAT) no longer consists of one but of three members. In addition to the familiar face of Martin Looije, who has been at the helm since the company's establishment in 1999, Mark Looije and Tom van Zundert have now also joined the management team. They are now in charge of the operational management, while Martin has taken on a more advisory role. He also remains involved in special projects. 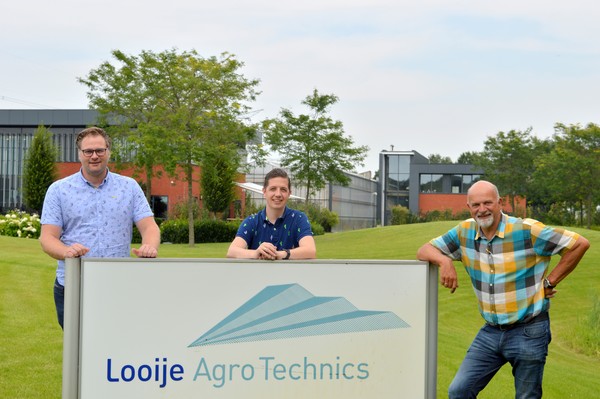 Mark Looije, Tom van Zundert and Martin Looije in front of their office in Made, the Netherlands

'Building'
"I used to do everything myself, but that is no longer possible in today's horticultural market and I don't want to do it any more," says Martin. He set up the company at the end of the last century, on his own.

Nowadays the team of Looije Agro Technics consists of twenty-five people, all specialised in a specific part that is involved in realizing horticultural projects from a to z. Today these projects consist of a lot of components, from financial to legal and from design and drawing to purchasing materials. "And then, of course, construction supervision, construction management or construction coordination, depending on how the grower or investor wants it."

At one time Martin started buying greenhouses himself to help growers. This was already one of his activities in an earlier job at a Dutch young plant grower. Over the years more and more came into play, also because Looije Agro Technics is not only active in the Netherlands, but also counts 'building' in Belgium and Germany among its specialities. "We often talk about building projects, although that is not actually what we do, but for the sake of convenience we often call it that."

Specialisms
The horticultural world is not new to Mark and Tom either. Although they have only recently joined the management team, they have both been active within the construction management company for some time. Both of them also have their own speciality. Tom more in the field of energy and lighting and Mark more in the field of construction.

"But in the end, we make use of all the knowledge and skills that we have as a team," says Mark. "The customer expects us to be well-informed of all developments in the market, both in terms of technology and, for example, in terms of regulations. Here, objectivity and independence are key concepts for us as a company. It happens that although the grower is very keen on using a certain technique, it does not work in the customer-specific situation. It is then up to us to explain it." 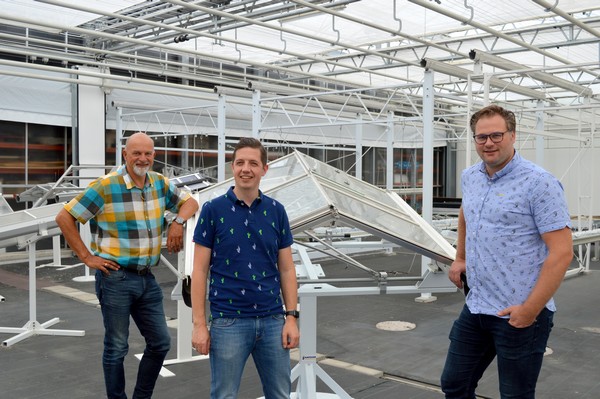 The three-man management in the demo greenhouse at the Looije Agro Technics office, where a wide range of horticultural techniques can be seen. Useful for growers who have a decision to make.

Advise
Over the years Martin has seen many techniques pass by. Some made it, but many did not. One development that did make it, for instance, was special types of glass. Martin: "Our customers were early adopters of this technology over ten years ago. It was exciting for us at the time, because not much was known about it yet. In the end, that worked out very well and now the discussion is not only about light transmission but also about the quality of glass."

Currently, they are seeing a lot of developments in the field of lighting, one of Tom's specialisms. Martin: "He is now even better informed than I am. I'm good at advising customers, but it's good that Tom and I have a specialist in house."

The role of the construction management company is to provide the customer with independent advice, for example in the choice of lighting. But one thing is simple, says Tom. "The plant is always honest in the end. The plant ultimately tells whether something works or not, and it's up to us to use that knowledge to keep customers from making mistakes."

Continuity
With the expansion of the management team, Looije Agro Technics is building on the future. Martin: "By taking this step, we are ensuring continuity."

A parallel can be drawn here with the clients. They also want continuity, both in the management of family businesses such as Looije Agro Technics is as well, and increasingly in growth. That is why, in the middle of the Dutch summer of 2021, the construction management company already knows what is going to be built the following year. That is early. Mark: "You see that more and more planning is done early, also for the customer.

Tom also has an explanation for this development. "Partly thanks to investors, you see that strategy and vision are becoming more important in more and more companies. It is no longer the case that after a spontaneous discussion with the family or a signal from the bank late in the season, the decision is made to build the following year. Often, such a plan is already in the pipeline."

And that's a good thing, because the other way round, managing construction these days with all the laws and regulations also takes more time. "That's why I've already had talks today about building a greenhouse in 2023," as Martin describes the current developments in the market.

Mix
For his own company, Martin has already looked ahead with the entry of Mark and Tom. But he has no intention of stopping. In fact, in recent years he has even had an additional task. "Where in the past our role was finished as soon as the cash was in place, you now sometimes see, especially with new projects from investors, that there is a need for start-up assistance. I now help clients with that too. My 'old-fashioned' experience built up over the years is very useful."

For Mark and Tom too they realise all too well. Tom: "Just as we are looking for the right mix of knowledge and skills with all the specialists here, we also need a mix of experience and young, new people who bring in new things. I think we've got that right now."