On Monday, the Flemish Minister of the Interior Annelies Verlinden visited Wim Scheers' company in Kontich, just south of Antwerp. At the invitation of the Boerenbond (Farmers' Union) and thanks to the hospitality and enthusiasm of the grower, she was given the opportunity to become acquainted with a special subsector of the agricultural ornamental plant cultivation sector in Flanders, high-tech rose cultivation. 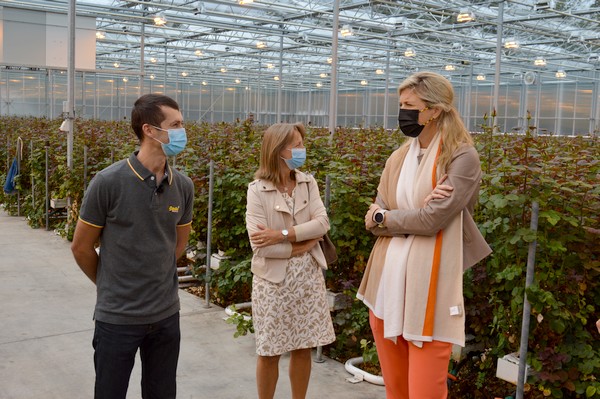 It is definitely a subsector. Flanders has an extensive tree nursery sector, but 'only' 65 ha of cut flowers under glass. With 3.5 ha of roses, Schreers is one of the big boys and also one of the five rose growers in the country. Moreover, the grower is a forerunner when it comes to cultivation innovation, they are in the spotlight with their ecological production and, as was obviously intended, they showed the minister the passion and the craft of the professional. 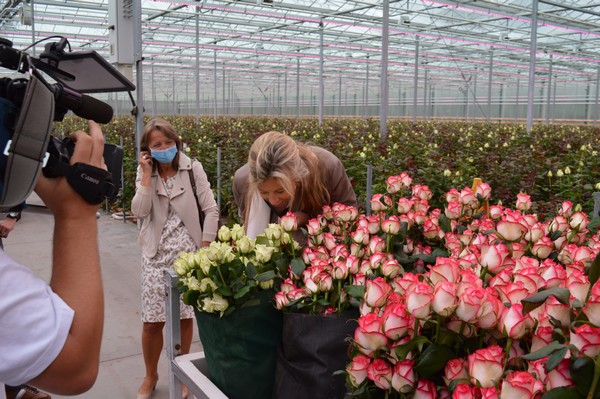 The white Avalanche, you have to smell it

Wim spoke at length about his company. He is the fourth generation; his great-grandfather started with lettuce back in the day, before his grandfather grew tomatoes and peppers, until his father, after an incident with a nasty bacteria, finally switched to roses. "I never knew anything else and never wanted to do anything else than continue my father's business", Wim says. More than a decade ago, he stepped in during the 'difficult years', a time and situation that was completely different from today. In those days, there were no subsidies, competition from Africa, bad prices, and necessary investments that could not be afforded. 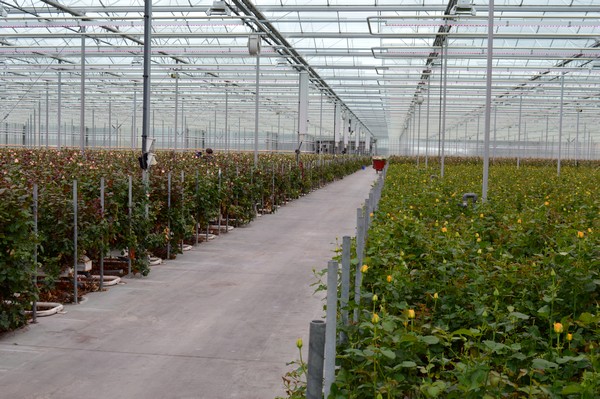 "Things are different now, things are going well. I would like to see this weather every year, we can manage perfectly, demand is good, prices are the same. That is why now is the time to invest. A new processing line was recently installed, and a serious renovation is planned. "We have 1 ha of old glass. Part of it will be demolished and the other half will be renovated. We will then shrink slightly, to just over 3 ha, but in that area we hope to achieve virtually the same production as in the current situation. This size is ideal. I have a permit/opportunity to build another 1 ha, but I am not going to do it. Not only are raw materials extremely expensive, but I would also run into problems with my (energy) supplies." 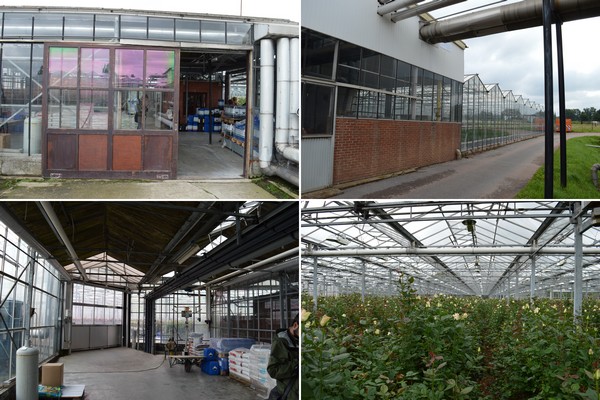 A view of the old greenhouse

Wim is not keen on leaving the old greenhouse untouched and, as suggested by his colleagues, putting hydrangeas in it, for example. Stick to what you know, is his thinking. 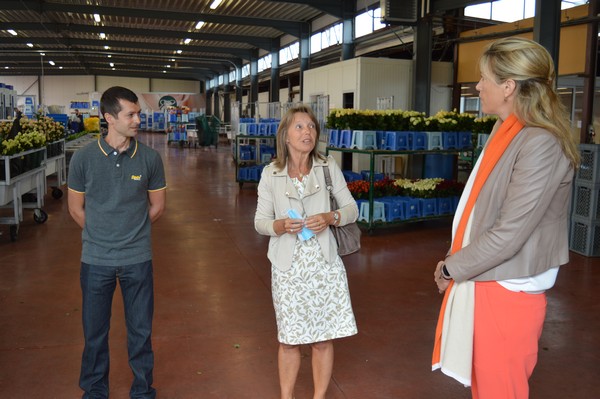 The lion's share of production is destined for the Belgian market. A small part is even sold directly by the company by means of a vending machine in front of the door. Schreers grows more than a dozen different varieties and tries to shuffle things around every year. They are now looking for some extra red. The grower has 5,000 metres of Red Naomi, but the demand for red is high, "There is plenty of room for more. Other immediate challenges for the near future are energy costs - we made a bit of a mistake with the energy prices, which have gone through the roof lately and in hindsight we did not set enough in stone - and fine-tuning the ecological cultivation." For a while, Schreers produced entirely organically, but they were forced to change that. Ecological means 'as organic as possible' and gives the consumer the signal that the product has been cultivated as cleanly as possible. 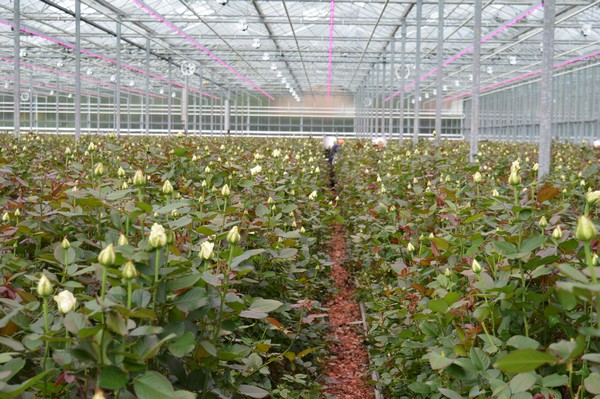 Throughout the greenhouse, LED has been implemented, with the exception of half a hectare of Red Naomi (where, for technical reasons of cultivation, extra Son-T is desirable).