Asocolflores at the 2021 Flower Fair

Colombia: Celebrating life and economic reactivation of Medellín with 500,000 stems

Flowers provided by Asocolflores embellished some of the most emblematic cultural shows held during the fair. “With the fragrance, designs and colors of 500,000 chrysanthemums, pompons, micropompons and hydrangeas, among other varieties produced in Eastern Antioquia, Asocolflores actively joined the commemoration of the 2021 Flower Fair, in Medellín, between 12 and 22 August. Thus, we emphasize that the flower sector has been key in the economic reactivation of the region and flower workers are an essential factor contributing in building a better country,” said Augusto Solano, president of Asocolflores. 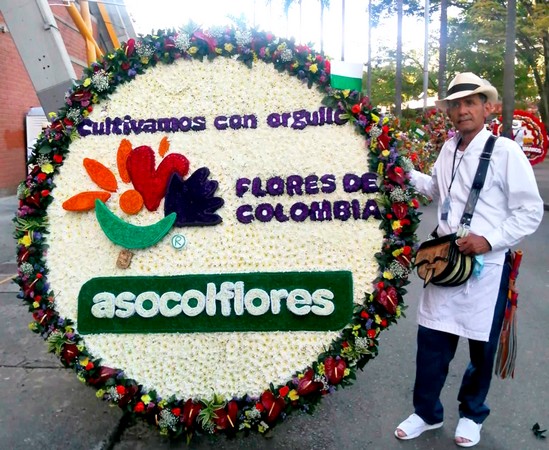 Consequently, the flowers of Asocolflores took center stage during the Silleteros Parade at the nearby district of Santa Elena (a parade in which farmers made beautiful floral arrangements that they carried on their backs). This event took place on 7 August, prior to the opening ceremony of the Flower Fair. Asocolflores flowers were also seen at the various events held with the participation of the Silleteros families and during the march through the main streets of Medellín. 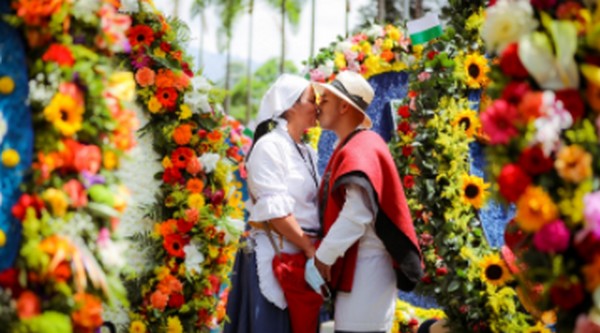 Marcos Ossa, Director of Asocolflores in Antioquia, stated that “with an investment of COP $280 million and in a joint effort with the Mayor’s Office of Medellín, as well as with the Secretariat of Culture and Economic Development and the Corporation of Silleteros [a local trade union], we celebrated life, paying tribute to our traditions and showing the world that, today more than ever, the flower sector continues to be present, committed and active in the development of its communities of influence”. 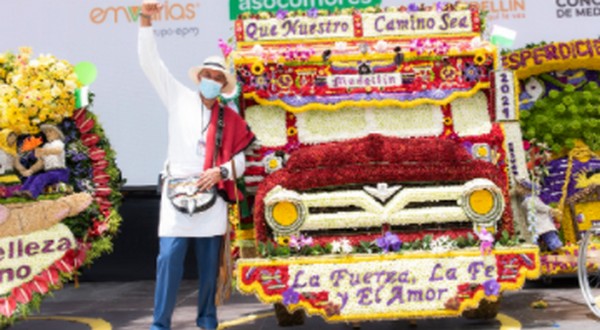 "The Medellín Flower Fair was one of the most outstanding showcases for the sector attracting thousands of tourists from different countries around the world and confirmed that our flowers are valued for their variety, quality, and long life, in more than 100 countries to which we have been exporting."