"Providing your irrigation water with a major boost"

Whether you’re growing berries, ornamental plants, hydroponic lettuce or even livestock, a key ingredient is water. With the important role water plays in your operation, it’s absolutely essential that it’s clean and rich in oxygen, to keep everything running smoothly. 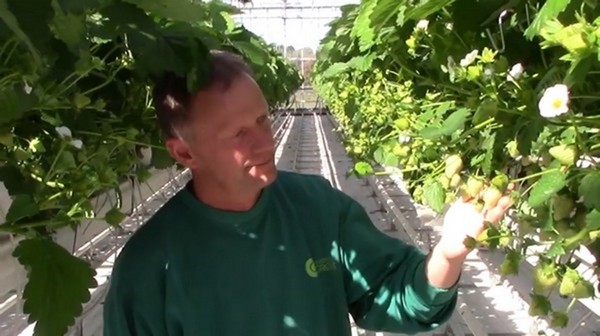 Boosting crops
After it’s done its job, it breaks down into water and oxygen – the latter provides a boost to your crops, contributing to resilient and healthy plants.

"If you’re looking to profit from these beneficial effects, Peroxide UltraPure will be a sound choice for your company. This ultra-pure and highly stable peroxide is produced at safe quantities, directly when and where you need it, by the HPGen systems from HPNow." 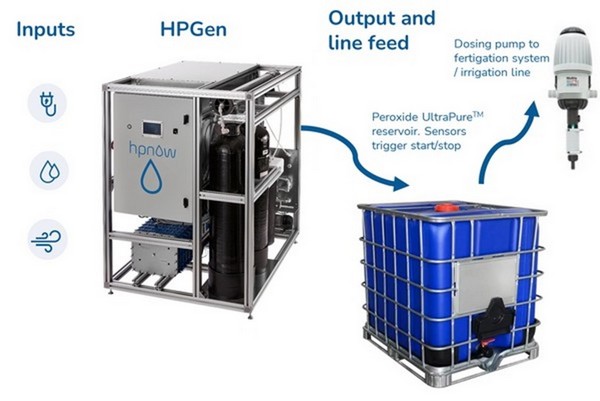 Simple connection
The HPGen systems require only power, water and air as inputs. After simple connection to your irrigation lines, the system will immediately start producing Peroxide UltraPure to keep your operation clean and your plants healthy.

"Even if you’re already using hydrogen peroxide in bottles, the return on this investment of on-site generator is almost immediate. In addition to the increased safety of no longer having to handle dangerous chemicals, the ROI on an HPGen system means it’s often more lucrative than the use of bulk peroxide."

Minimizing irrigation issues
“One testimonial came from Danish Berry grower Hunsballe Grønt. 'HPNow has certainly minimized previous irrigation issues. We did a trial where we ran a section of the greenhouse with HPGen and one without. We could see very clear differences in the treated section. Irrigation was homogeneous and drippers were clean with HPGen.'