Gearing up for growth, Suntory Flowers has named business partner T. Jay Higgins general manager for North America. T. Jay is president and owner of Sun-Fire Nurseries in Sarasota, Florida. In addition to being the top producer of Sun Parasol mandevillas, Sun-Fire’s offering has expanded to include Brindabella and Sunrosa roses, a newer category for Suntory.

“I am very excited for the new opportunity with Suntory, but it would not be an option without having great people at Sun-Fire,” T. Jay says. “Terri Kelley, my GM, and Paul Cummiskey, head grower, and others make it possible for me to pursue other goals. I will always have an eye on the big picture at Sun-Fire, but I am really looking forward to working with the full Suntory line and continuing to grow the North American market. I have a lot to learn and will be leaning on the great team already in place as we look to strengthen current relationships and build new ones.” 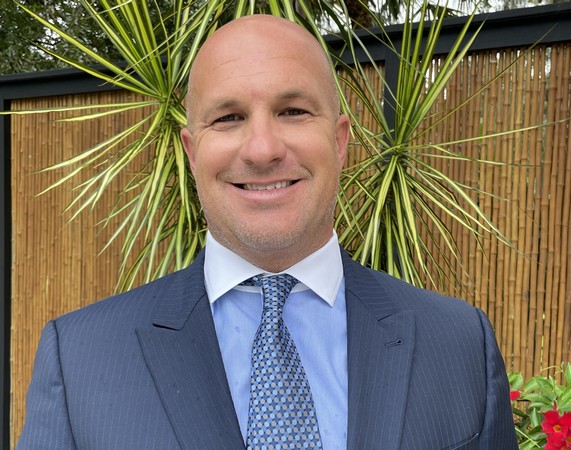 For 16 years, Sun-Fire and Suntory have worked closely on product development and industry promotions and exhibitions. With Suntory based in Japan, it has been nice to have this solid, long-term partnership in the United States.

Masashi Matsumura, executive general manager, says hiring T. Jay as general manager is a natural progression in the marriage. “Although Sun Parasol is his main business, T. Jay has supported all of Suntory’s business as if he was on our team,” Masa says.  As far as the timing, global conditions made this change necessary. “Due to the pandemic, I have not been able to come to the States for a year and a half,” Masa says. “T Jay will be the right person to lead a team that’s responsive to the local market and take our business to the next level. I’m very excited about this new team!”

T. Jay looks forward to the challenge of his new role among friends. “Owning my own business, I would have never imagined working for someone. That alone speaks volumes on what I think of Suntory as a company and the people there,” he says. “I have known Taizo (Suntory Flowers president) and Masa for over 15 years and feel like we are much more than just business partners. Fortunately, I already have a great working relationship with Delilah and Lorentina, so it will be an easy transition.”