In the presence of employees, suppliers, and customers, the new premises of Muller Bloemzaden were opened with festivities last Friday. Together with the mayor of Lisse, Lies Spruit, owner Wim Zandwijk released balloons, symbolizing the many seeds that fly out of the company to many countries around the world. 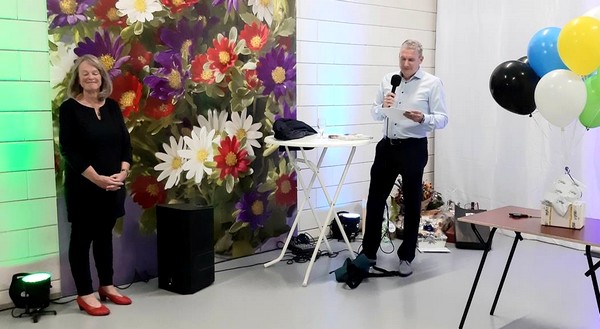 Because that is what they do, and increasingly more. "Our range now consists of 3,000 varieties," Wim says, "and our customer base has also grown considerably in recent years. The storage capacity had not been sufficient for some time and has now tripled. Moreover, the staff was cramped, and now all our employees have large, spacious workplaces at their disposal."

In the new building, the most modern standards of ventilation and air quality have been implemented. Every hour, the air in the entire building is refreshed no less than six times. As far as the climate in the storage is concerned, no concessions have been made either: the RH is kept artificially low, the temperature is controlled 24/7, and the storage cells are optimally insulated. 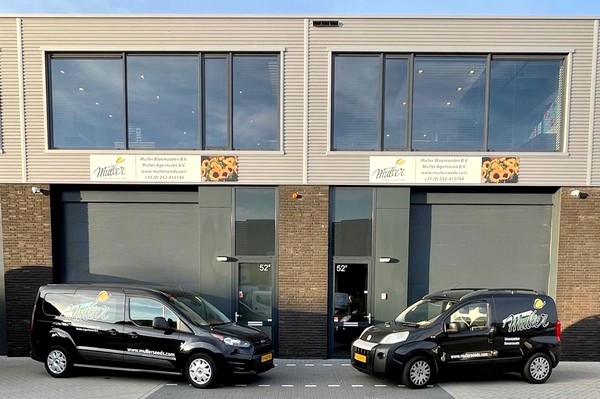 The seed trade is a specialized and pre-eminently international business. Muller Seeds, which celebrates its 75th anniversary this year, has managed to specialize like few others. "Because our business is growing and customers increasingly ask for larger quantities of different species - 50 or 100 is no longer an exception - they know how to find us. In addition, convenience plays a major role. If you have to obtain all those varieties from different suppliers and have to study everything yourself, it becomes a lot more complicated, and it is better to offer such a large range yourself. We are therefore not only the right address but also the one where the customer can go for all their seeds."

The majority of customers are located in Europe and consist of growers, brokers, large gardeners, and garden centers. We also have a few special customers, such as (the nursery of) Paleis het Loo. Customers are located on all continents (in 70 countries worldwide), whereby demand is growing, particularly from the US and Canada.

Muller Bloemzaden has moved several times since its establishment 75 years ago but has always remained in Lisse. The new address is Vennestraat 52C. Since 2016 Wim Zandwijk has been the proud owner of the company, under whose leadership the growth and blossoming of recent years will also be continued in the coming period.