De Ruiter Innovations is breeding cut and pot roses. Nowadays, spray roses, patio and landscape roses, cut and pot hypericum, hip roses, anigozathos, and hydrangeas are in their portfolio. They have their own branches in the Netherlands, Kenya, Ecuador, China, and Colombia.

Hans de Ruiter is a breeder and application manager of ABS Breeding at de Ruiter Innovations. He processes data from breeding programs, test fields, and measurements.  Together with Ad van Rooijen, head of R&D, Hans manages the use of ABS at de Ruiter. Hans is more active on the input side and Ad more on the output side (reports). Another colleague, Silvia, takes care of the input of Plant Breeding Rights, Trademarks, and Sales in ABS Breeding. ABS Breeding asked Hans about the first development of ABS Breeding:

“When I started working at de Ruiter in 1986, I started digitizing the breeding programs in the Lotus Symphony program. All data was still on paper. I started with the programs in 1980. I made a database of the parents and put the programs with results in a spreadsheet." 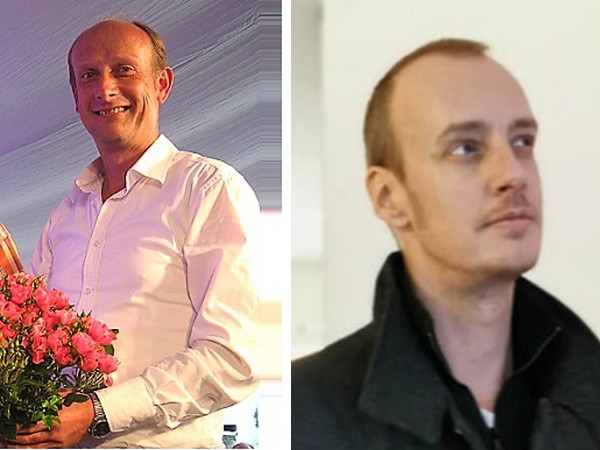 "Then Windows 95 came with the office package including Access, and we switched to Microsoft office. After Ad van Rooijen joined us at de Ruiter, we started to put the data in Access, and we were able to create more databases, images, and forms. Excel was used for processing. More and more time was spent renewing and updating the database until, at a certain point, we spent too much time on the programming instead of breeding. Another colleague who worked with us in IT came up with the idea to program our database in a web-based environment. He found a programmer. This was Roy Rosken. Together they called the new program Seedbase.”

ABS introduces you to the founder of ABS Breeding, Roy Rosken. Here is Roy’s story:
“In 2008, a former colleague working on IT contacted me about his customer de Ruiter. They were sending Excel files back and forth to Africa on CDs to have the data available for the whole company. They needed a smarter way of working in 1 database. And then the idea of a web-based plant breeding database was born.”

Roy says: “The first version of ABS Breeding (or Seedbase as it was called back then) was developed in a small office in the middle of the breeding greenhouses of de Ruiter in Hazerswoude-Dorp.
I sat right across Hans de Ruiter with my Laptop, so I could program ABS Breeding and directly show him the progress, and he could help me with questions about breeding and tell me how he would like to work with the program.”

From the start, it was the intention to sell the program to other companies as well.

The main challenges were:
•    To have it working correctly for different customers.
•    Switching to the Finder/Viewer.
•    Working with user-specific pre-sets so that each user can have their own view of the data, but still work in the same database.

The main development goal of ABS Breeding is flexibility so that the customer can access his data everywhere and exactly how he wants to see it. In 2013 the Seedbase software was sold to ABS, and later it was renamed to ABS Breeding.

"In ABS Breeding, a lot of important changes were made in due time, like flexible properties, the mobile barcode scanning functionality, the offline app, and user permissions plus. When asking Roy about the future he sees for himself and the software, he answered: “Very positive, we have a lot of interesting ideas and functionalities coming. And some interesting new customers to provide us with new challenges and ideas.”

When asked what problems Hans experiences in the use of ABS Breeding: “You always want to do everything exactly as you think you would do for your product; this entails customization. In principle, a lot is possible with ABS. Problems are solved by the ABS Service desk and custom-made SQL programs in ABS Breeding.” For the future, Hans sees an expansion of additional modules, such as barcode scanning and the royalty module.