"Only the second chrysanthemum to win in 136 years"

Danziger is honored to be the winner of the best in class prize and also the best in show prize for AMOR CANDY, with its unique pink flowers, combined with a vivid green center, a true eye-catcher that grabs attention from afar. According to SAF’s board members, this is only the second time that a chrysanthemum variety has won this prestigious prize in 136 years. 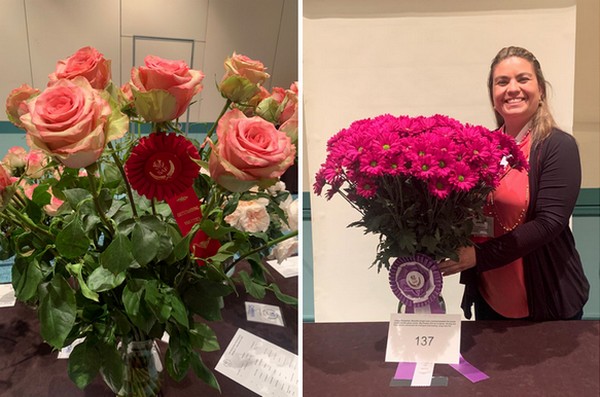 “The first thing you notice is its intense color,” says Jim DelPrince, AAF, AIFD, PFCI, Associate Extension Professor at Mississippi State University. “The rays [the petal-like parts] are a red-violet, and the disks [the centers] are a yellow-green. These are direct opposites on the color wheel, which produces a very powerful appearance.”

Additionally, he notes, this chrysanthemum variety is very “floriferous” and boasts long laterals. “Those traits make it easy to use in a vase, foam, wire mesh, chicken wire, coconut coir, and rockwall base,” says Delprince. “These are some of the many reasons this entry was head and shoulders above the rest.” 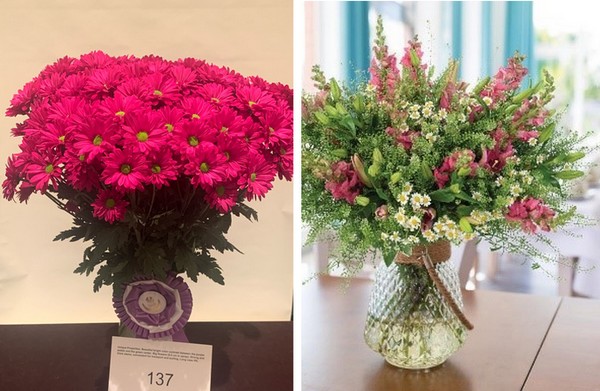 Judges at the competition scored each entry based on color and commercial appeal, stem and foliage, bloom form and size, and overall presentation. The judging panel, which included three retailer, three growers and three wholesalers, evaluated specific categories of flowers, and the entry with the highest score won “Best in Class.” 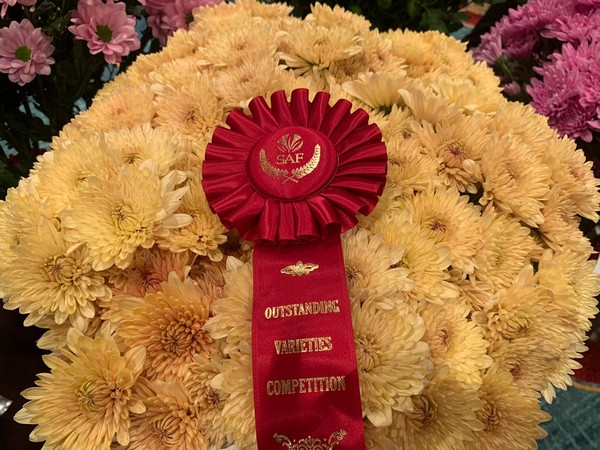