A new British-bred Chrysanthemum series, 'Poppins', marked for the ease with which it can be grown by professionals and amateurs, was the center of attention on The Sun exhibit at the Chelsea Flower Show this week. Its many admirers included His Royal Highness Prince Edward and the Countess of Wessex.

The plants for the display were grown by scholars at Pershore High School from rooted cuttings supplied in early July as part of a project to get school pupils growing, organized by Peter Seabrook, renowned journalist and gardening promoter. 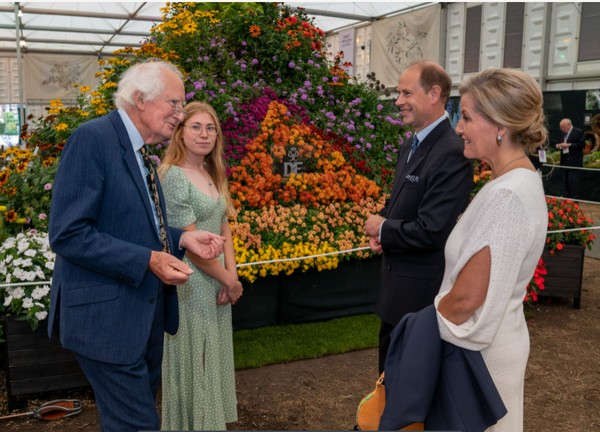 Mr. Seabrook selected 'Poppins' chrysanthemums for the project because of their ease of growing and the splash of color they would give on The Sun pyramid in the Floral Marquee at the show. He was delighted with the comments made at the show, saying, "everything about Poppins is proving unbelievably popular."

The students at Pershore High School were supplied with 1,200 Poppins plants which they potted at school and nurtured at home during their summer break, bringing them back into school in time for the Chelsea display. Their young plug plants were supplied free of charge by Earley Ornamentals of Thirsk, a large propagator of young plants for professional growers. Some of the pupils were given the privilege to see their plants blooming on the exhibit, accompanied by their teaching staff. Other pupils at the school grew 'Poppins Autumn Bronze' as part of their Duke of Edinburgh Award Challenge. 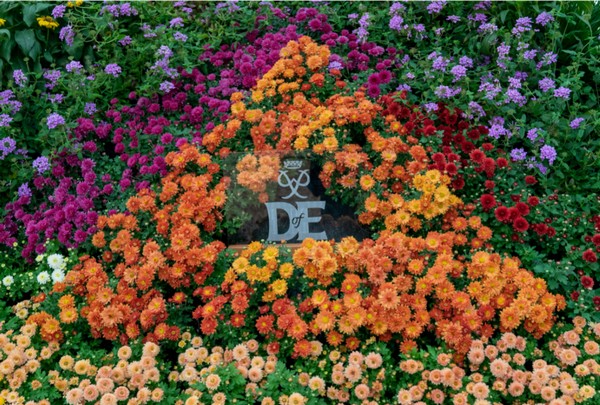 'Poppins' patio' mums come in a range of contrasting colors, flowering naturally in September. Their compact habit suits them to mixed container plantings – consumers just 'Poppin' a plant - and they also thrive at the front of flower borders. Developed by David Kerley, they grow quickly and eliminate the need for dwarfing chemicals (widely used on chrysanthemums) and sprays for white rust disease. Further labor savings come from the natural branching habit, avoiding pinching. 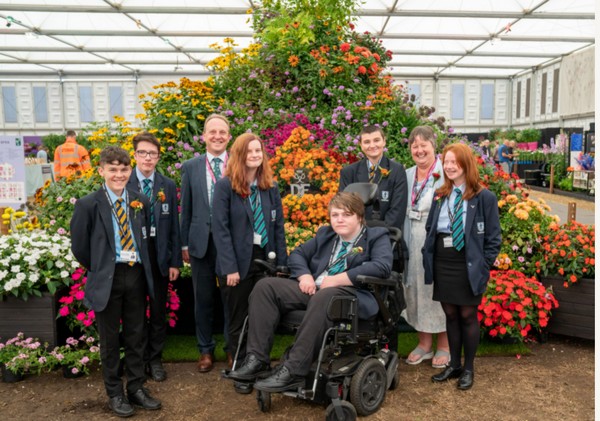 For professional growers, there are additional benefits to Poppins patio' mums. Suited to smaller pot sizes up to 2 liters and high density production, they can be grown under glass without significant heat delay as well as outdoors, to flower from the beginning of September. There is no need for daylength reduction with blackout to induce flowering at the start of the season. In tests, the Poppins race has flowered longer than other chrysanthemums produced with the aid of dwarfing chemicals and blackout.