OptiCept Technologies, known for their technique that extends the consumer vase life of roses by 50% on average, has been busy testing their technique in retail. “The commercial results are very promising, as the supermarkets are noticing higher sales, higher gross profit, and less waste when using our treated roses,” says Ulf Hagman, Executive Chairman of OptiCept. Hagman shares the positive commercial test results, how the machine works, and their goal to bring the technology to growers and more countries. 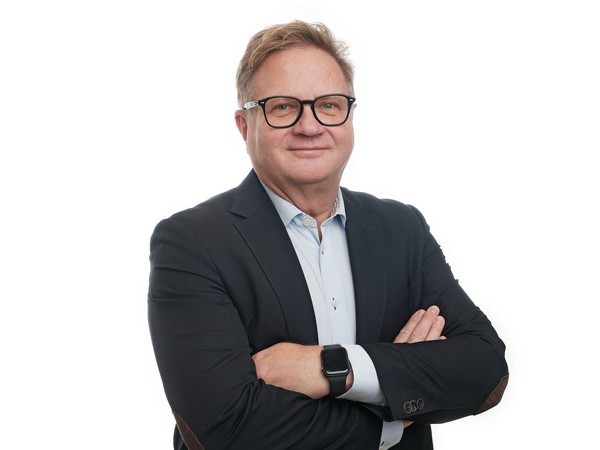 Higher sales, lower waste
OptiCept has been doing tests in order to get concrete results of what the OptiBoost’s benefits are in retail. “At one of the big ICA supermarkets in Sweden, ICA Toppen in the Malmö area, they have been using our OptiBoost since mid-April as a test to see what would happen with the roses’ vase life and what the general commercial results would be.” And so far, the results have been positive. “They reported 15% higher sales and 25% lower waste. Because of the increased quality of the roses, they increased the sales price from 69 Swedish krona to 89. In total, since using our system, they reported a 50% higher gross profit compared to the year before.” 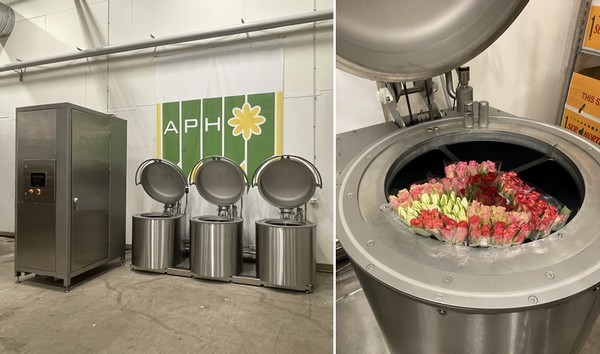 The OptiBoost installed at Swedish wholesaler APH in 2020.

Blind test in 100 supermarkets
The second test they are running is in partnership with the Swedish retail chain Axfood. Hagman explains: “We are running a blind test throughout 100 of their supermarkets. Neither the shop, staff, nor the consumer knows which roses are treated. We also have a control group of 100 shops selling original roses so that we can compare the results. The full test will last  16 weeks, but we already have some exciting results after only ten weeks. So far, the 100 stores selling our treated roses have reported a sales increase of 20%, as well as heavily reduced waste. The control group’s sales numbers have remained the same compared to last year. These results further confirm that our technology works well and leads to interesting benefits for supermarkets. Of course, these consumers did not know yet that the vase life would be better as well, but they do see that the flowers are already looking better in the shops, as the colors are more intense and the flowers open more evenly. We are hoping that within the coming six weeks, we can also see repurchases happening, as consumers will notice the improved quality and will hopefully want to purchase more of them.”

How does it work?
The OptiBoost machine is installed at the unpacking stage where dry flowers arrive in the country of destination, where they are being cut again and put on water. With vacuum technology, they replace parts of the air in the leaves with a special nutrition solution, explains Hagman. “We impregnate the leaves, and they, therefore, stay much longer on the vase. Also, we saw that the roses drink a lot more. They drink almost twice as much as the ones not treated.” These past years, OptiCept has been focusing on the marketing of their technology and showing the consumer that the treated flowers will last much longer, with a 50% longer vase life on average. In addition, the roses already look better in the shops, as the colors are more intense and the flowers open more evenly.

Future for growers
According to Hagman, there has been a major interest in their technology from the retail side all over the world. “At the moment, we have a machine on the way to the UK, which we will install at MM Flowers. Our aim is to also have machines installed at the growers themselves so that the roses can be treated before being transported. We have been testing the treatments in Kenya already and are hoping to also get a machine in South America. And in China, the rose market is growing fast, so we are excited to explore that market as well.”