On January 1, 2009 the brothers Michael and Dennis de Geus officially started their new company Select Breeding, and they have been serious about it. Several numbers from their own breeding have made it as internationally known varieties, and both the assortment and their market presence are growing steadily. 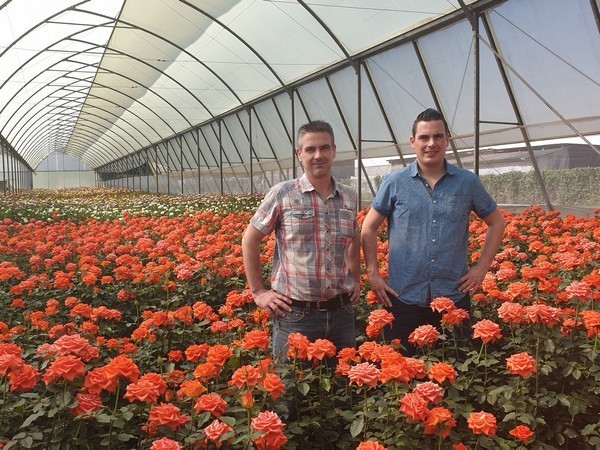 Dennis and Michael de Geus at the show greenhouse in Naivasha

In the early 80s, father De Geus came from Aalsmeer to Klazienaveen. A greenhouse area was developed here, and he started his own cut rose nursery. In 2000, they started with some of their own breeding, first as a hobby, then increasingly more professionally. The difficult years started in the Dutch cut rose industry; the roses had a hard time and production shifted mostly to countries in Africa. In 2008, the plug for the production of cut roses was pulled in the De Geus house as well, but fortunately, it was possible to plug it in again immediately. 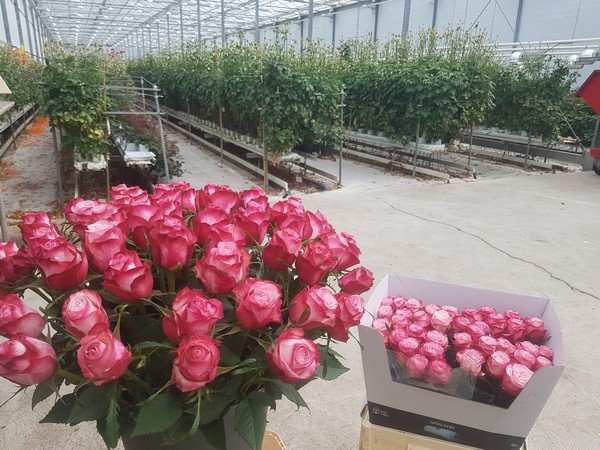 Breeding in the greenhouse in Klazienaveen, with No Limit in the front

The brothers picked up the business, restarted a breeding company, and hit the crossbreeding and selection trail with double the vigor. In 2010/11 they started with a small test site in Ethiopia, and in 2012 the first variety, Secret Love, went into commercial production in Ethiopia. A move to Naivasha, Kenya followed shortly after. For the past four years, they have had 3000 m2 of show/breeding greenhouse at the Oserian Two Lakes Flower Park. In the meantime, a series of varieties were introduced, including in 2014 the white Queen of Africa and two years later the No Limit, a white-pink bicolor developed specifically for the supermarket.

Customization
"Our philosophy is to place the right assortment with the right growers," Michael explains. "You can segment growers in Africa and South America, as it were, according to their market and the altitude at which they are located. There are roughly three categories: around 1600-1700 meters, around 2000, and (especially in South America) 2400 meters and higher. As you get higher you have higher radiation, but also colder nights, for example. By developing varieties that are specifically tailored to these different zones, we are able to provide increasingly better customization."

"In the early years, we focused mainly on African growers in the breeding program. But since 2017 we have started a cooperation in Colombia and adjustments have been made in this program. Icon Selections exclusively represents our roses here. Specific for this market is that they are very high there, sometimes even above 2800 meters. The market there demands high productions with good length, but the high radiation and cold nights shorten the stems. A variety that does well there must therefore have a specific set of characteristics, for example our orange rose Clementina, or the Gemstone and Golden State, two yellow varieties that we both introduced this year." 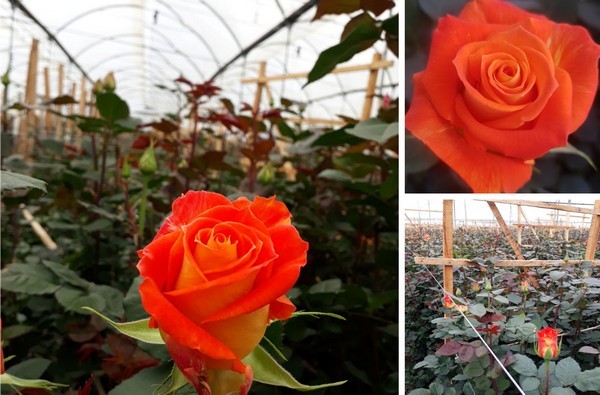 Around the world
In cooperation with De Ruiter, some first steps have also been taken in the Far East. For example, the first Chinese growers have planted the unique pink rose Eleanor. For the last two years, the brothers have also been working with Plantipp, which has introduced two varieties on their behalf in Europe, Japan and South Korea. The first is the yellow-red Twister Select, which is already being grown in the Netherlands, but is new to the Asian market. The second is a small-flowered red rose with a white heart, the Everglow Ruby. 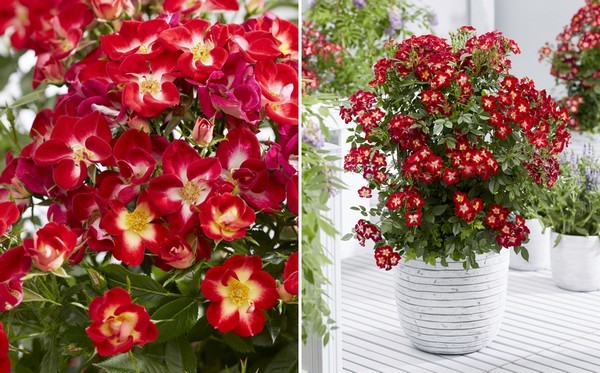 "Towards the future, we want to invest primarily in good partners. Nowadays you really can't do it all by yourself, you have to build a good network. That's definitely a focus."

Assortment
New roses and introductions are being worked on. "We are now working on a promising red rose, the Red Bentley. This is being tested at five companies in Kenya, is already semi-commercial, so to speak, and is in the final testing phase. Next spring, hopefully, there will be real numbers." 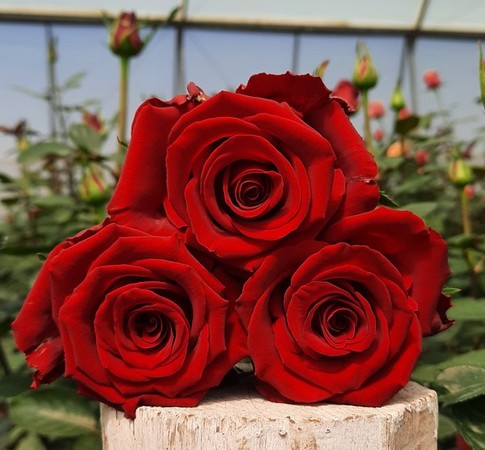 In addition, the gentlemen are working on an entirely new addition, namely spray roses: "We don't have any varieties commercially in production yet but that is going to change very soon."

Patio roses
Besides all these flowers, they are working on patio roses as well. "We see, in our European market, more and more interest arising in cold greenhouse cultivation. This undoubtedly has to do with energy prices and the uncertainties in this area, so growing with less lighting and heating is interesting. The garden rose is an interesting possibility, especially since corona has recently given this segment an enormous boost. But we have been working on it for much longer; in 2014, we did a first small introduction, and now we have eight colors that are grown at six customers in the Netherlands, 1 in Belgium, 1 in the UK, and recently also 1 in Canada. These are large pot sizes, so-called 'floribunda', continuous-flowering, with flower diameters from 11 to 15 cm. This is going better than expected. It is still very early to say anything about this, but we are also working on small-flowering varieties, in smaller pot sizes, with a more compact growth and smaller flowers." 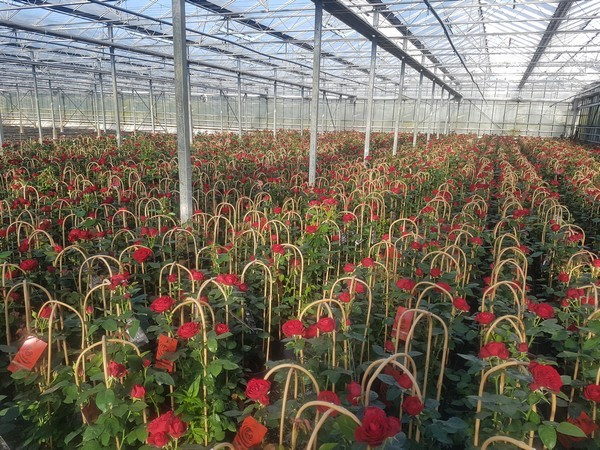 Home sweet home
The breeding of all varieties takes place in their own 5000m2 greenhouse in Klazienaveen. Here the crossing, seed production, and the first and second selection rounds take place. The codes then travel around the world, after which they are tested for the last three years under local conditions. Dennis has primarily focused on breeding and propagation, Michael is more commercial and travels the world with great frequency. Propagation of the patio roses is partly done in-house and partly by third parties.

Website
In honor of the 12.5 year anniversary and the growing assortment, the website www.selectbreeding.com has been renewed. The site presents a complete range of cut roses and patio roses. You can also find out which agents Select Breeding represents anywhere in the world.