Sunswap to deploy a transport refrigeration unit into DFDS fleet

Engineering firm Sunswap has announced an agreement with international shipping and logistics company DFDS to deploy a Sunswap transport refrigeration unit (TRU) into their fleet in early 2022, following which an order for production units is expected to be confirmed.

After a successful investment round at the start of the year, Sunswap has been engaging with key stakeholders in the industry in order to bring their cost-effective, zero-emission TRU products to market. The deal with DFDS, Northern Europe’s largest shipping and logistics company, is a significant step in the firm’s mission to support the transition away from diesel TRUs and decarbonize the cold chain.

This aligns with DFDS’s corporate social responsibility strategy to invest in sustainable technology that reduces pollution, waste, and noise in the communities in which they operate. In September 2020, DFDS launched a climate action plan to become carbon neutral by 2050. TRUs are used across the world, in particular by supermarkets and logistics companies, to transport essential resources such as vaccines and chilled produce. 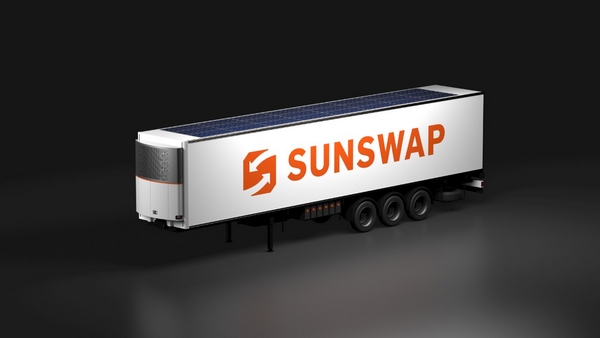 The deployment will involve DFDS using Sunswap’s zero-emission TRU on UK roads in February 2022. The demonstrator will be used to transport real-world produce for DFDS, so that they can road test a green alternative for their current fleet. Following a successful deployment, DFDS will confirm an agreed pre-order.

“The Sunswap team has been working hard behind the scenes this year, developing our TRU technology and building partnerships with large supermarkets and logistics firms. It has been pleasing to see that businesses in the industry are increasingly aware of the need to switch to green transport refrigeration to support the drive to achieve net-zero. Our order books are filling up and we welcome discussions with any businesses looking to transition to cost-effective, sustainable technology," said Michael Lowe, Sunswap's CEO.