"Florals have become an increasingly important aspect of the produce department"

Hionis Greenhouses in Whitehouse Station, NJ, provided a learning experience for the third Eastern Produce Council (EPC) Leadership Class. The group toured the operation’s greenhouse facilities on October 5th and benefited from a seminar on leadership by John Eric Jacobsen, a trainer with the Rutgers Office of Continuing Professional Education. 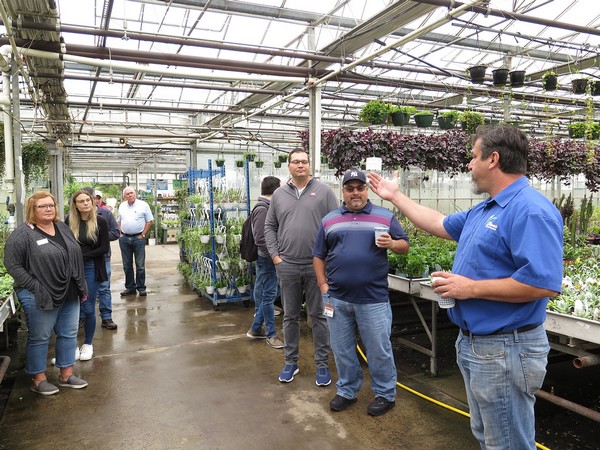 Tim Hionis, co-owner of Hionis, summarized the operation’s three-decade history, started by Hionis’ father and mother (Spiro and Angie) and now run by him and his three brothers (Pete, Spiro, and Gerry). “My parents started with a one-acre greenhouse in 1985,” he said. “We have now grown to two locations with a total of 15 acres under cover, producing a wide variety of products year-round.” 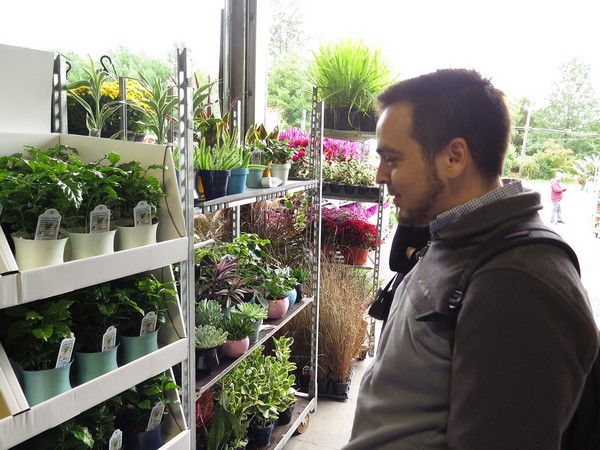 Greater incorporation of the floral side of the produce business is one of EPC's aims. “Florals and plants have become an increasingly important aspect of the produce department,” said Susan McAleavey Sarlund, EPC Executive Director. “We want more floral entities increasingly involved with our organization and the various sectors of our industry. Visiting Hionis was part of this integration plan.”

In addition to the plentiful fall mums inundating the entire facility, EPC participants viewed greenhouse operations for succulents, poinsettias, and tropicals. The operations also produce Easter flowering bulbs, spring bedding plants and annuals, and flowering baskets. Hionis explained the role of the operation’s technology and particularly pointed out a new computerized robotic “sticking machine” used to plant un-rooted cuttings in seedling trays. “This machine has been a lifesaver for us this past year with the labor shortage,” he explained. “Without this machine, my brothers and I would have been here all night doing this work.”

Hionis also talked about new marketing opportunities for greenhouse products. “We are seeing increased demand for succulents,” he said. “We have also started offering coffee plants which have become a novelty item.” 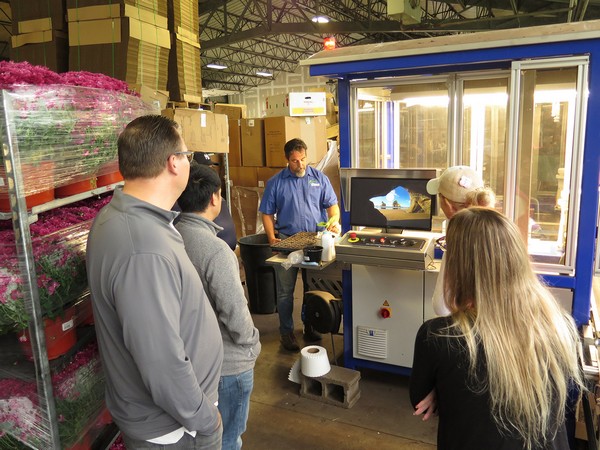 Tim Hionis explains the function of the new machine to plant un-rooted cuttings in seedling trays.

Meeting people who work in all different parts of the produce world is a key benefit of the EPC’s Leadership Class, noted Vena’s Rose. “I’m used to what I see every day in my office at the produce market,” she said. “In our EPC class, there are people who deal with transportation, or buying, or other aspects of the business. Gaining an understanding of what they deal with on a daily basis is helpful. It puts everything into perspective.” 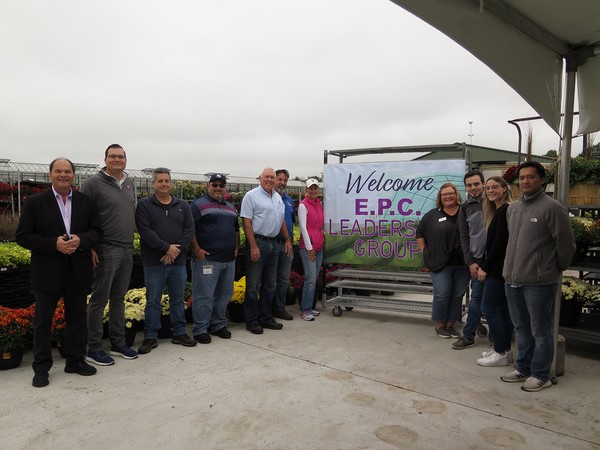