Prompted by the discussion regarding whether the levy for generic promotion should still be collected by Royal FloraHolland, the Flower Council of Holland has decided to carry out consumer research in order to demonstrate the effect of generic promotion. This research - carried out by independent international market research agency Motivaction - has also identified the risk that could result from ending generic promotions for flowers and plants.

Facts and figures
“We continuously measure the effectiveness of our campaigns on consumers’ buying intent,” says Dennis van der Lubbe, Managing Director of the Flower Council of Holland. “We investigate whether consumers are encouraged to buy these products after seeing a flower or plant campaign. On average, around 70% of our target group answered this question as affirmative, and that is a great score. The aim of this survey was to go a step further and gain insight into the direct impact of campaigns on sales. The survey focused on two campaigns during the past year: ‘We Need More Flowers’ and ‘The Trend Collection’. In consultation with Motivaction, the decision was made to re-contact the consumers who had seen these campaigns and had expressed a positive intent to buy in order to check whether they had actually bought flowers and plants recently. By combining these two surveys, it was possible to determine whether consumers who see a campaign actually buy more flowers than those who did not see the campaign.” 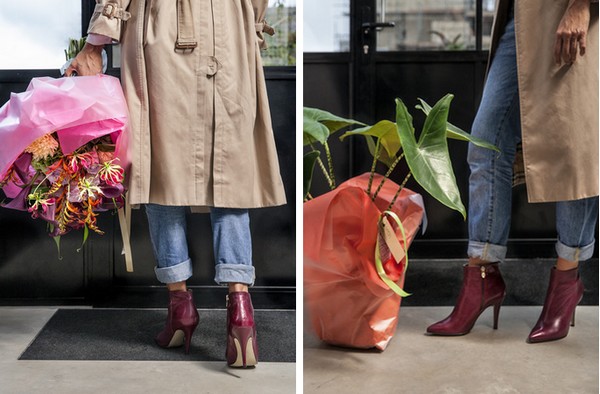 The results
The two campaigns and the research were carried out internationally. The ‘We Need More Flowers’ campaign and the ‘Trend Collection’ campaigns both took place in Germany, France, the United Kingdom, and the Netherlands. “The results were exceptionally positive. If we restrict ourselves to the overall findings, we can see that it has been shown for the two measured campaigns that substantially more sales have been achieved as a result of people seeing these campaigns. Across the four countries where the campaigns took place, 8.5 million consumers bought extra flowers, 6.6 million consumers bought more houseplants, and 5.7 million consumers bought more garden plants,” says Ruurd Hielkema, senior research consultant at research agency Motivaction. Dennis van der Lubbe adds: “If we apply average retail prices, that gives additional retail sales of around €300 million. The total investment for these two campaigns was around €3.5 million.”

The competitive position of flowers and plants
“As a sector, we should not forget that we constantly compete with other categories for the consumer’s spend”, says Van der Lubbe. “If we look at flowers, for example, we know that luxury chocolates and perfume are competing for gift items. These categories spend a media budget in the Netherlands which is 8 to 12 times greater respectively than we can deploy (Source: Nielsen 2016-2020). With the potential loss of the generic promotion campaigns, we run the serious risk - amongst others - that flowers will be bought less as a gift item.”

Not previously researched
The Flower Council of Holland did not commission such research previously. “As marketing professionals, we have always been convinced that advertising flowers and plants have a positive effect on sales. That is the reason why advertising exists and why all brands and organizations from small to large invest in it. Such a study is expensive, and we would prefer to spend the money on promotion for the sector,” says Dennis van der Lubbe. “But now that discussions have again started up about the promotional levy, we thought it was the right time to investigate this once and for all. It’s excellent that the positive impact on sales has now finally also been demonstrated with figures for the Flower Council of Holland’s campaigns.”