Years of breeding leads to the Chelsea Flower Show's shortlist

On Tuesday, September 21, the Camellia 1001 Summer Nights® Jasmine was introduced. It immediately made the Chelsea Flower Show's Plant of the Year shortlist.

Camellia experts, Mr. Gao Jiyin en Mr. Liu Xinkai bred the Camellia 1001 Summer Nights Jasmine ('Yulan01'). Mr. Gao has been researching Camellia for 40 years and has been engrossed in breeding them since 2006. Between 1986 and 2003, he crossbred more than 800 Camellia cultivars.

"It was during that period that C. azalea (C. changii) was discovered in China, and I wondered if its genes could be combined with other Camellia species. It was that idea that motivated me to start breeding Camellia in 2006," he says. 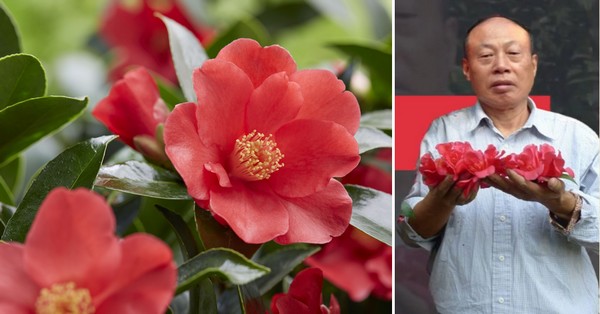 Years of breeding
It is not always easy to grow these C. azalea hybrids. It was difficult to replicate the growing conditions these plants required. As a result, it took decades of crossbreeding C. azalea's summer-flowering genes with those of other Camellia to get a garden-friendly Camellia, suitable for all climates.

"It takes eight to 15 years, on average, to successfully cultivate a new Camellia variety in America or other countries. We ran into several problems. The first was early on, in the compatibility between the two Camellia parent plants needed for the cross. We've pollinated more than 200,000 flowers in the last 15 years." 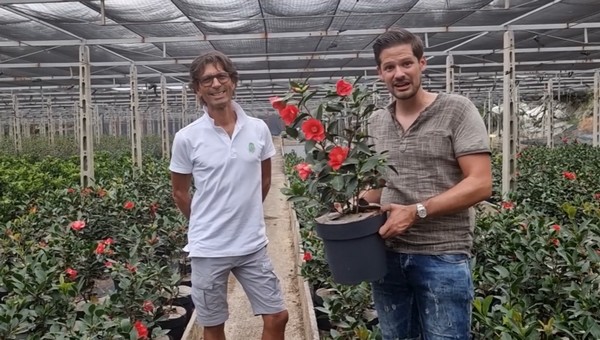 The commercial market's first hybrid
Camellia 1001 Summer Nights Jasmine is Mr. Gao and his team's first hybrid on the European commercial market. "I'm delighted with this new variety," he says. "And very proud that we could present it at the Chelsea Flower Show. I shared the news with our Camellia team members, and they beamed with happiness and pride."

But that is not the end of it. "Camellia 1001 Summer Nights Jasmine is just one of 500 newly bred hybrids. We'll be testing more and more hybrids in Europe. I believe we're embarking on a revolutionary new era with Camellia hybrids that bloom almost year-round," declares Mr. Goa. 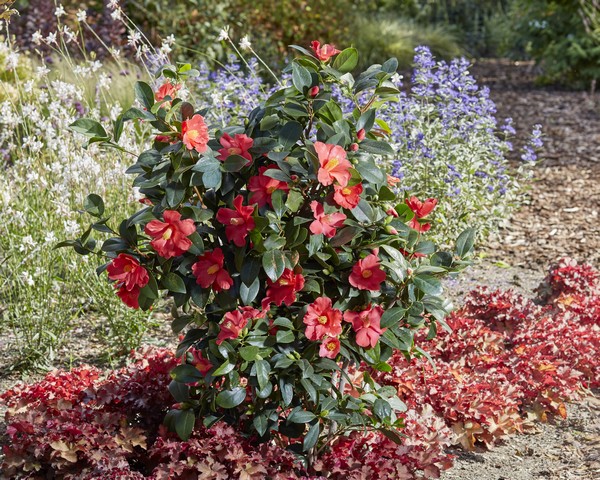 Camellia 1001 Summer Nights Jasmine in the garden
This Camellia variety blooms not once but in several seasons. In fact, in China, it blooms year-round.

You should plant the Summer Nights Jasmine in well-draining soil. This evergreen shrub does well in both sun and (semi-) shade, but prefers the latter. The Summer Night Jasmine takes ten years to reach a 150cm height and 100cm width, and you can prune it once it has flowered. The plant is hardy to -10ºC.