Crop protection is vital for every grower; you do not put all that effort into growing your crops just for them to get eaten or get ill. One method to fight pests is pheromones. International Pheromone Systems (IPS) develops, produces, and supplies insect semiochemical-based products and trapping systems for its customers, which “are used to monitor and control insect pests in a wide range of settings, including agriculture, horticulture, forestry, storage facilities, and in the home and garden,” Dr. Sam Jones from IPS says. 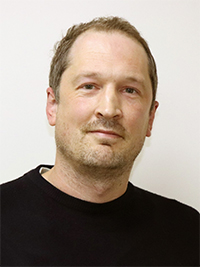 The importance of pheromones
“As fewer pesticides become available to growers, the availability of alternative tools such as pheromones to manage insect pest outbreaks has never been more important. Pheromone based products such as pheromone lures help growers manage pests in a sustainable and environmentally friendly manner. Although most biopesticides are not as efficient as traditional pesticides, they are far more ecofriendly and species specific, enabling growers to harness the benefits of natural predators which are often able to maintain pest populations below a harmful level. “ 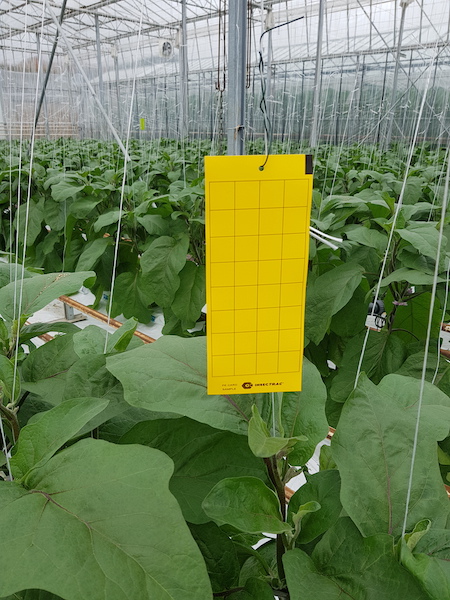 This is where IPS comes in. With the help of pheromones – chemical signals insects use to, for instance, find a mate – growers can fight pests and ensure healthier crops. With the aid of such pheromones, the insects are lured into a trap and can no longer hurt the crops or the pollinators buzzing around in the greenhouse.

Sam explains in detail how two ways of using pheromones work: “Mass trapping and Mating Disruption are two strategies used by many growers to control pests. Mass trapping involves using a greater density of pheromone traps to control a pest population, whereas mating disruption uses pheromone dispensers to saturate the air with a sex pheromone. Usually, it is the male sex that uses the pheromone to locate females, which then quickly become confused by the large number of dense pheromone plumes. This results in them failing to locate a mate.” 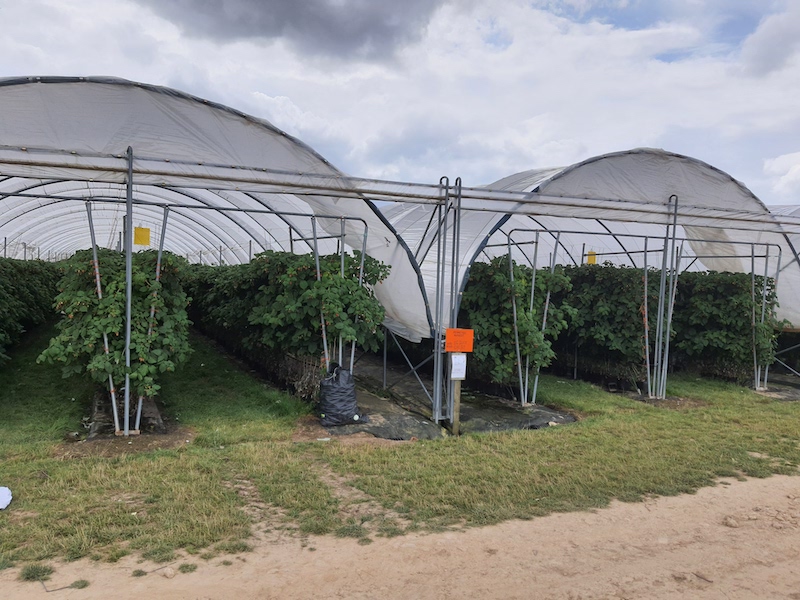 When pheromones do not work
Although pests like thrips, moths, beetles, mealy bugs, and scale insects can be fought with pheromones, not all insects are susceptible to them, Sam says. “Aphids and whitefly, for example, do not use sex or aggregation pheromones (pheromones that attract the opposite sex or both sexes respectively) and therefore monitoring of these pests predominantly relies upon the use of yellow sticky boards or rolls. Visual attraction alone is significantly less effective than a combination of olfactory (e.g. a pheromone) and visual, and yellow boards in particular are non-discriminatory, often catching high numbers of beneficial insects.”

Luckily, there seems to be an alternative: kairomones, another form of semiochemical. Unlike pheromones, which are used among individuals of the same species, kairomones are chemical signals used between different species. As Sam states, “kairomones have been successfully used to enhance attraction of many insect pests, and at IPS we are investigating whether specific chemicals can be used for pests such as aphids and whitefly.”

The pheromones can be applied in polytunnels and glasshouses, in low-tech and high-tech environments alike. Moreover, the pheromones are not only relevant for vegetable and fruit cultivators; flower growers, too, can benefit from this method as IPM produces lures for many moth pests of floral cultivation as well. 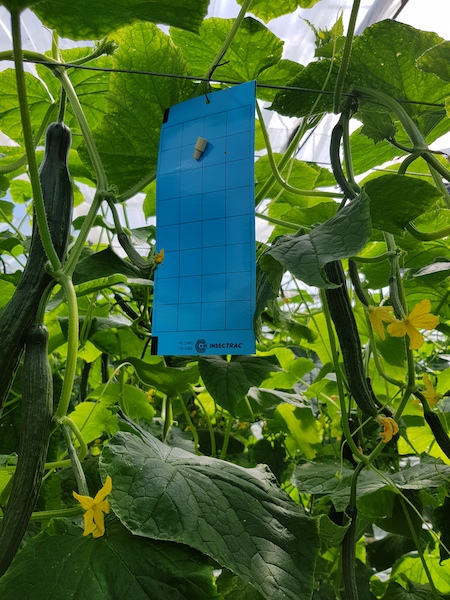 Pesticides fall, pheromones rise
The interest in pesticide-free crops has grown considerably with consumers preferring produce that is grown in the absence of harmful pesticides. Pheromone lures and trapping systems support growers in achieving this. “Recently”, Sam explains, “the EU has banned a wide variety of different pesticides that were deemed to be hazardous to humans and the environment leaving growers with fewer options. Growers are adapting to these changes by adopting Integrated Pest Management plans with a reliance on strategies that do not use synthetic pesticides. There has been considerable growth in the biological pesticide sector in recent years as these are adopted as alternatives. While most are not as effective as conventional pesticides, the efficacy of newer products continues to improve and their increased selectivity ensures that they are better for the glasshouse ecosystem. ”

“As pesticides continue to become phased out, there will undoubtedly be considerable challenges to maintain profitable yields that are sufficient to feed a growing population. It will likely require intelligent use of all available strategies, including biological, physical, and traditional methods. Pheromones will continue to have an important role to play in achieving these goals.”