On the occasion of the celebration of the 50th Anniversary of Iberflora, people and groups who have been significant in the birth of the contest and in the consolidation of the green sector have been honored.

Nursery producers, technology companies, garden centers, and sectoral associations had their recognition at a public event celebrated the afternoon of the day 5 October.

Special consideration has been given to D. Salvador Magraner, a benchmark of Spanish nursery, his origins in the citrus sector and in the gradual evolution of the company towards a more global offer of ornamental plant.

Because of his recent death, the celebration was a more intimate act with the family and staff of VIVERCID. 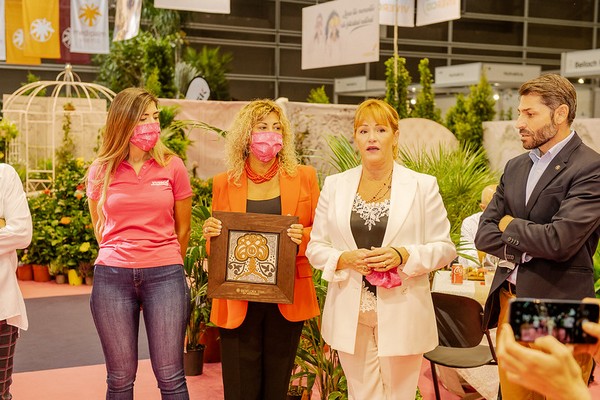 6 October, at the stand of VIVERCID, the President of Iberflora, Mr. Raul Ferrer, Former President D. Oscar Calabuig, and the members of the Organizing Committee paid an emotional tribute to Mr. Magraner.

In the words of the President, Sr. Ferrer: "The support and link between the Magraner family and Iberflora have been fundamental for the maintenance of the fair. Iberflora would not be what it is without the support and involvement of VIVERCID"

Afterwards, the commemorative distinction of the 50th Anniversary was given to his daughters Chelo and Lara Magraner and his granddaughter Sara.