What the SAF Outstanding Varieties judges said about Deliflor's varieties

At the end of September, SAF held its annual convention, packed with meetings, speakers, receptions, and parties. Among all these, there was The Outstanding Varieties Competition, where Deliflor is a regular contestant. This year Deliflor won 4 Blue Ribbons, and this is what the judges said about these 4 entries: 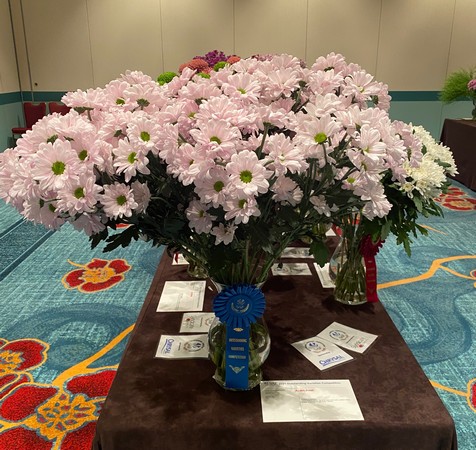 ‘Alma Pink’: “It looks like someone threw a red piece of clothing in a load of whites,” Dewey says. “With its green center, the pale pink really pops,” Dobbe says. Tucci anticipates that retailers will embrace it, as their customers like seeing things that are new and unusual. “I’ve never seen anything like it,” she says, adding that it has a cupped shape, which adds dimension and visual interest, and it boasts an impressive 13 blooms per stem. “You can do a lot with this chrysanthemum,” she says. 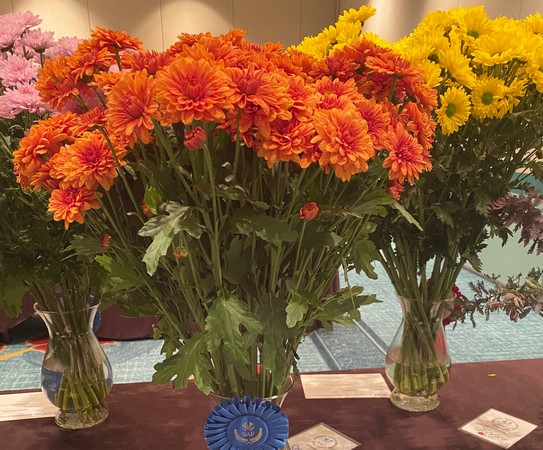 ‘Maple’: “This was one of my favorite colors in the whole competition,” Dobbe says. “It is perfect for fall.” He also awarded it high points for its foliage and uniform petal formation. 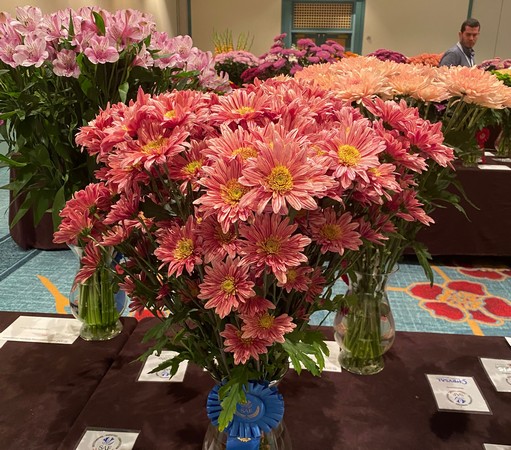 ‘Serenity Salmon’: Delicate striping impressed Dobbe and Tucci, who both declared it a “fall staple.” “The petals almost look painted, and the center is slightly speckled,” Tucci says. "The teddy bear center helps it pass as a dahlia substitute," she added. 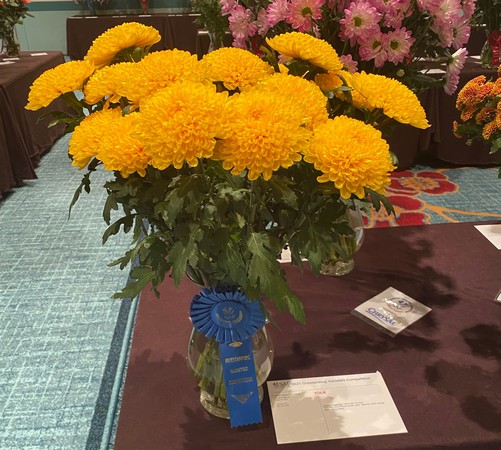 ‘Yolk’: Dobbe loved the saturated, golden color. “This name is just perfect,” he says. “It absolutely captures the brilliant yellow.” Dewey saw “a hit” for fall and summer, and noted that its shape was “dahlia-like.” “I know a lot of people would appreciate a good sub for dahlias,” he says.