"At our Kenyan farm, we like trying new products"

Miriam Kimani (48) of the Kariki Juja Farm in Kenya started out as a packhouse manager in 2004, later became production manager, and then one of the first Kenyan female farm managers in 2017. A farm manager has a lot of responsibilities. Miriam: “My key role is to oversee all the farm operations. At the end of the day I am responsible for all of the sections, so I have to be aware of what is happening. I support the production manager and post-harvest manager to make sure that everything is running as it should be. This is my day-to-day work. In the meantime, I have to make sure that we meet the market demand and that we are running at a profit.” 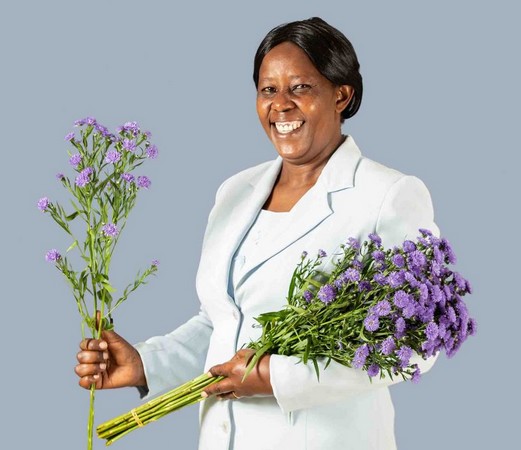 Market demand
Meeting the market demand may be a challenge, but Miriam is happy with this new practice. “Before we were working with market demand, we lacked some aim. We were unsure of how much we would be able to sell, and when the market wanted which flowers. It was always a bit of a guess, and therefore a risk. Now we are growing flowers that we know the market will want to buy. This gives us a lot more security. We even know the approximate price we can expect, so that has made budgeting and planning a lot easier. We have a lot more clarity now,” Miriam said.

“The market demand is set for the whole Marginpar group, so we sit down together and divide the production. We need to work out which crops will go to which farm.” This depends highly on the climate, but also the space available at each farm. It is the farm manager’s responsibility to choose the right crops. Miriam: “New crops are exciting to grow, but also come with uncertainty. Despite that, we like trying new products and setting new trends. The product development domain also provides a lot of support.”

One big group
This collective focus has really helped the collaboration of the different farms in Africa. Miriam: “We had amazing workshops about collective focus and ‘seeing the same tree’. Before this training, every farm was only concerned about its own performance. Now we realize that whatever happens on other farms also affects us.

Whenever a problem arises at a farm, other farm managers will assist, because it is the group’s problem. The same shift has taken place within the farms. The departments used to work independently and could sometimes have different goals in mind. For instance, production would want to produce as many stems as possible and would sometimes rush it. Our value adders in the packhouse would then get a lot of stems that did not meet the quality standards and would have to reject them. The company would suffer. Now, when there is a quality issue, we get to the root cause together and fix it together. We really support each other.” 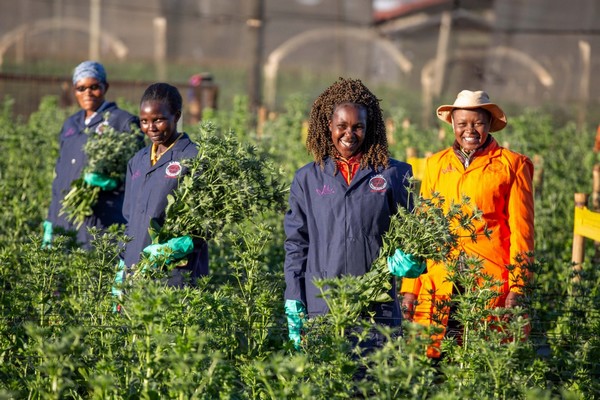 Inverting the hierarchy triangle
This newfound team spirit is also reinforced by ‘Hamuka’, which is a practice they started seven years ago. “The principle of Hamuka is trust, and we inverted the hierarchy triangle. Instead of managers telling the value adders what they need to do, the value adders are taking their own responsibility and are telling the managers what they need to be able to do their jobs properly," Miriam says.

Miriam keeps aiming for more: “We are going in the right direction and are expanding very fast. I see this company going very far in the next few years. For me personally, the sky is the limit. If there is another stair to go up, I will take up the challenge. I am very ambitious to take the company to the next level.”