Up to now, young vegetable plants could only be transported from the nursery to production grower on a plant raising tray or on a 60x40cm growing tray. These both work fine when you work with the correct trolleys, but when it is especially busy, Danish carts are also used a lot. 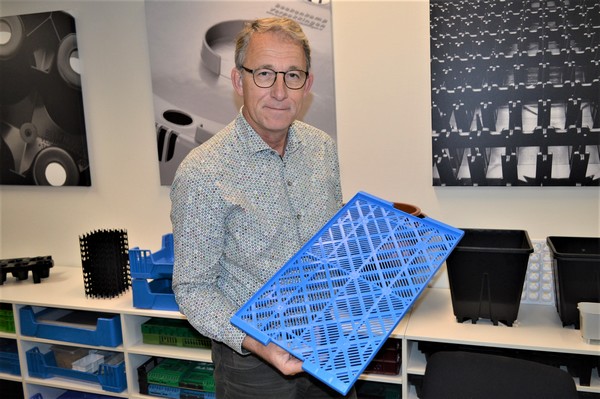 Up until now, there was no growing tray specifically suited to these types of carts, resulting in inefficient transport, unnecessarily higher costs, and a risk of products being damaged during transport. Loading loose trays onto the carts is becoming more undesirable due to increasingly strict hygiene requirements. Dutch company, Beekenkamp Verpakkingen, therefore, designed a 50x30cm growing tray.

"These growing trays fit perfectly on the Danish carts. You can use them for cultivating on, for example, rockwool blocks," says Aart Jan Bos. "You can grow all kinds of vegetables on them, but also other products, like pressed pots. Everything that can be transported on a Danish cart can be placed on the trays, after which you can easily grab the cart and move it." 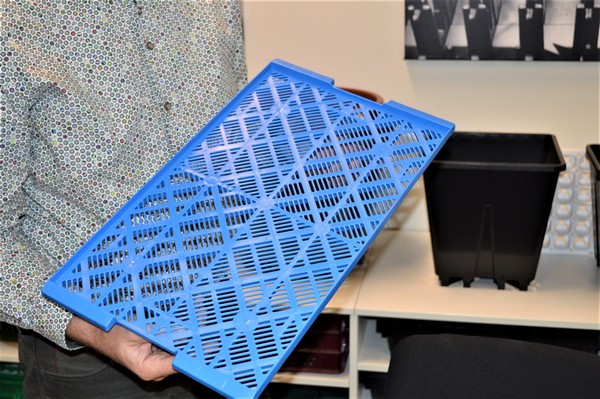 Gipmans is one of the nurseries that quickly ordered a decent amount of these trays. "You can place the rockwool blocks on these and then put them on the Danish carts. Customers can thus pick up and plant several plants at once," Aart explains.

Thus, these trays are great for transport, but you can even grow on them, as they do in countries like Canada and Australia, where the whole system has been set up to do so. "There, they use the ebb and flow system."

"In the Netherlands, the blocks are often still on the floor. You have to pick them up, select, and then deliver them - the latter being increasingly done with Danish carts," Aart concludes.